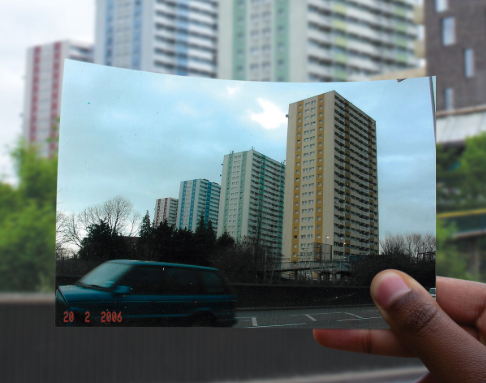 Upon first listen, Loraine James’ album comes to us rather more like a fledgling EP. It feels too zig-zaggy; ill considered perhaps. But that is the wonderful thing about such a deeply personal hour of music. The unstructured feel is intentional and hard hitting – and it works.

James and Hyperdub’s choice to begin with London Ting // Dark As F*ck (featuring Le3 Black) is curious. Wasting no time, the artist shakes us by the shoulders with an intensity that would rival Death Grips. A melody eventually accompanies the bass hits to fantastic effect; just as we relax, Le3 Black wakes us up with some continual, fragmented bars, as James continues to scatter in the background.

The next track, Glitch Bitch would have been a more obvious ‘track one’. However, as a number two, the soft tones are welcome and pleasant. Once again, this is a choice which, initially confusing, returns as shrewd. The title track is a vivid ode to, presumably, a partner. It moves like successive skimming stones on a lake, displaying the artist’s sensitivity and paving the way for the rest of the album. The fourth track, Sensual brings with it a similar coalition of stinted drum beats and melody, eventually reaching a state of complete mellow.

So Scared, track number six, is, besides the opener, the album’s most jarring. Consumed by a kaleidoscope of beats and machine-gun drum and bass (perhaps?), in the style of Roni Size and Reprazent, the vocalist speaks relatively calmly. This makes the repeated lyrics ‘You’re over there, you’re fucking scared’ all the more haunting. It is one instance of many throughout the album in which the second person is employed and the audience is implicated.

The finest track on the album, My Future,  takes a step back and allows us to sink into an imaginary sofa. Again, this is a welcome break. In collaboration, James shows her producing capability, fiddling with the vocals where useful and meaningful and creating a track closer to hip-hop than grime. Of all the tracks, this one is most likely to gain popular traction.

The bonus track is exactly that – a real treat. Swaying freely in and out of drum blows that mimic punches, the uplifting backtrack occasionally slips into the minor chords. The album is, after all, indicative of a difficult journey; like most all of the tracks, the bonus adds weight to this. It is intense, sad and thought-provoking.

There is beauty in the abrasiveness of James’ style and she is well worth listening to. Like all good producers and musicians, she has a wonderful ear for flow and feeling.