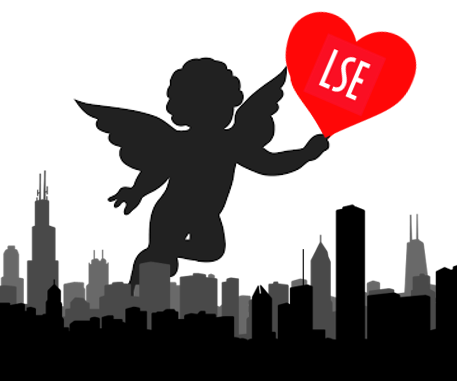 Why is it best to stick to our university to find a partner, and cement ourselves within a cohesive community?

With Valentine’s Day behind us, I had time to reflect about the interwoven intricacies of being a young person dating in London whilst being at university. I’ve always known this, but walking through Kingsway on my way to LSE, the exorbitant commercialisation of Valentine’s day has become so gratuitous, it was difficult not to realise how the cultural landscape of dating in London is bitterly disappointing. Shops laden with endless amounts of chocolate-dipped strawberries and marshmallows, teddy bears and cheap jewellery made it clear Valentine’s day had been co-opted by corporations, and thus like the entire dating scene in London, reduced to FOMO.

“FOMO’’ [Fear Of Missing Out] – the acronym most associated with London has taken its stereotypical “MO” beyond socially-enforced awkward gatherings, and has extended that fear to not wanting to miss out on purchasing the next necessary thing and to documenting every part of our life on social media.

This hostile takeover of the dating culture as nothing more than a profit-making endeavour, has meant Valentine’s Day has effectively been reduced to shopping around for tacky, plastic-ridden ‘I <3  YOU’ slogans slapped across cheap products.

Dating and exploring relationships in London has almost certainly been reduced to performativity: of false enjoyment, forced social gatherings, countless posts to your social feed or story. Where is the opportunity to relax, unpack and have honest conversations with a member of the opposite (or same) sex you fancy?

It was only after I had left the overcrowded tourist-congested Kingsway and spoke with my friends about their Valentine’s day plans, that I realised nearly everyone I knew had shunned gift-giving and the cliché night-out. It wasn’t just my social circle: nearly everyone I knew was making other types of Valentine’s Day plans. Some people I knew were celebrating with homemade dinner, games night or even a trip to the annual Anime & Games Convention. I have an intuition that the great ambiguity the LSE student body has to London’s social norms is down to the University’s culture. Being at LSE gives you an alternative route of being a student in London, as the modest student population number, combined with the high-intense pressure to succeed removes the inner-trappings of London-centric FOMO.

What people say about institutions like LSE is true. It is a bubble. It is filled with people who share similar liberal or centre-left views, who have the same way of seeing the world. Whilst this is usually dismissed in the media as essentially  students suffocating with group-think, I believe the bubble we’re in can actually be a force for good if it provides an escape from London homogeny.

The bubble we’re in is one we can use to tie our life to something meaningful. Use LSE’s rigorous academic track to think deeper about the values you want in a partner and what partner might suit your anticipated life trajectory. These are essential questions to ponder to achieve a content life. Being away from the shallowness that permeates London nightclubs (or worse, Tinder) and instead surrounded by friends, professors, and think tanks gives you that peace of mind where you have the space to declutter all the irrelevant information you pick up, and instead think about how you want to approach dating and relationships now as a student

The culture and demographics of LSE act as a form of escapism from the commercialised world of dating London pushes on you. The hedonistic dopamine-fuelled London student scene has exacerbated the horror of FOMO/missing out on “living your best lives”.Being a student is thought of as the best times in one’s life, but for that to be true, the environment we’re in should enable us to be fully open with ourselves, enjoy ourselves, explore all kinds of forms of relationships and come out with a better idea of our core beliefs.

As the year turns on Valentine’s Day once more, and Lent now in full spring I have decided to give up dull bars and sweaty nightclubs. Whilst LSE can’t guarantee me a high-flying post-grad career in the City, it can give me better companions and dates away from the commercialisation of London’s dating scene.