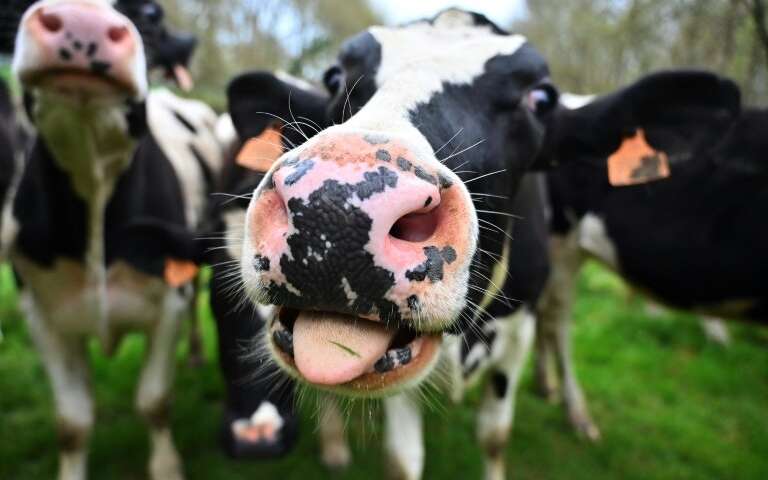 Why do we only hear from opponents to the beef ban now? It comes after the beef ban motion passed by 243 votes, a democratic decision with turnout rates which match other motions passed this year. But we only hear complaints about this motion – to sensationalise the issue. To mock students who passed the motion and, and to take less seriously the genuine grievances students have about climate change and animal rights. We are not the ones treating students like children – it is opponents of the motion.

LSE should follow the fantastic example of Cambridge University and at least four other universities worldwide that de-beefed their menus. The School’s recently launched sustainability initiative should do what has the biggest impact (after all, it aims to get LSE to carbon-neutral by 2050). Their ‘no plastic forks’ and recycling initiatives are of course positive, but they have a ridiculously low influence on the LSE carbon footprint. Cutting out beef is the most effective intervention for reducing your carbon footprint. It reduces an individual’s footprint by a whopping 20%, according to a recent Oxford study (Poore and Nemecek 2018).

One main argument advanced by critics is that de-beefing ‘infringes on personal liberty’. Three points in response: (1) The restriction is minuscule. We are not sacrificing good food, we are introducing more environmentally friendly, ethical and healthier options instead. For example, beef lasagna could become zucchini lasagna. And beef is only on menus in the Garrick and Fourth Floor Restaurant, and mostly only once a week. At the same time, the positive impact on the carbon footprint would be gigantic. The University of Cambridge reduced its footprint from food by a third by merely cutting out beef and lamb from university-owned catering outlets. (2) Your personal liberty ends where the liberty of others begins. By fuelling the climate crisis, consuming beef restricts the liberty of those who suffer the consequences, be it floodings, bushfires, sand storms, heatwaves, droughts and so on. Livestock accounts for 14.5% of global greenhouse gas emissions, which is equivalent to the whole transport industry, including plane traffic. Beef is by far the worst offender among livestock (UN FAO 2013). (3) University catering is also about what the university wants to encourage. For example, no one would claim that LSE infringes on personal liberty by not selling cigarettes in the LSE shop!

The critics of the motion simply did not do their homework. We are at an ‘elite’ university, so let’s do some rigorous analysis of their claims. The comment comment “Banning Beef begins the Road to Serfdom” by LSESU Hayek Society’s Max Marlow, for example, is riddled with five logical fallacies. (1) In an ad hominem fallacy, he goes ‘Nicolas, a supporter of the motion, says x, therefore the motion is bad’. But even if Nicolas was absolutely bonkers, that would say nothing about the merits of the motion! (2) He also misquotes Nicolas, which makes his argument a strawman fallacy. (3) Max also falls victim to the legality fallacy (‘eating beef is not a criminal act’ therefore it should be sold on campus) and (4) the Nirvana fallacy (beef-free food has emissions too, therefore we should do nothing’). Jesse Horowitz’s argument at the UGM was this exact same fallacy. (5) and finally, Max uses the slippery slope fallacy (‘if we ban beef, then they will automatically ban all animal products’), which is just rubbish.

Max also actively spreads misinformation, like the idea that beef is healthy and “critical for success”. Beef is not “critical for success” because the NHS states that even a vegan diet is as healthy as an omnivore one (if not healthier). In fact, the WHO has classified beef as a probable carcinogen, because studies suggest that it clogs up the bowel. This contributes to the risk of developing colon cancer, one of the leading causes of death in the UK and the second most dangerous cancer after lung cancer (Cancer Research UK; for a laugh, google “polypectomy”!). Another argument by Max Marlow and the National Union of Farmers is that LSE purchases beef that is raised in the UK and therefore has a lower carbon footprint than your average beef – That’s true but misleading because the difference is minuscule. One kilo of beef from Argentina shipped across the Atlantic produces 60 kgs of CO2 equivalents, and that impact is only reduced by 0.2 kgs if you source it in the UK (Poore and Nemecek 2018), because cows emit methane wherever you raise them.

Sorry Max Marlow, sorry Nigel Farage, sorry National Farmers Union – none of your arguments hold up to scrutiny. Instead, they are negative and cynical because they do not propose any alternative solution to the climate crisis other than individual pledges, which have of course not worked for the past 50 years and never will work to mitigate climate change. LSE students know a problem of the commons when we see one, and such problems cannot be solved by individual action. We need things like carbon taxes and beef free institutions in order to internalise externalities and to stop the climate crisis.

We went through the legitimate, democratic process of trying to change how our university works – for the better and for the future, and we hope that we have convinced you. If you want to help our cause, please fill in the LSE Sustainability Consultation survey and make sure you tick the right boxes when it comes to food. Let’s remember what’s at stake here. We are thinking about our future – and taking one step towards making it a better place for ourselves and future generations. We shouldn’t fear action, but the complacency and cynicism which holds us back whenever we try something new for the hope of change. By banning beef, we are asking everyone to be conscious of how their dietary choices impact others. And this means understanding how we all have a part to play in fighting the climate crisis, one vegetable lasagna at a time.

LSE should follow the fantastic example of Cambridge University and at least four other universities worldwide that de-beefed their menus. The School’s recently launched sustainability initiative should do what has the biggest impact.