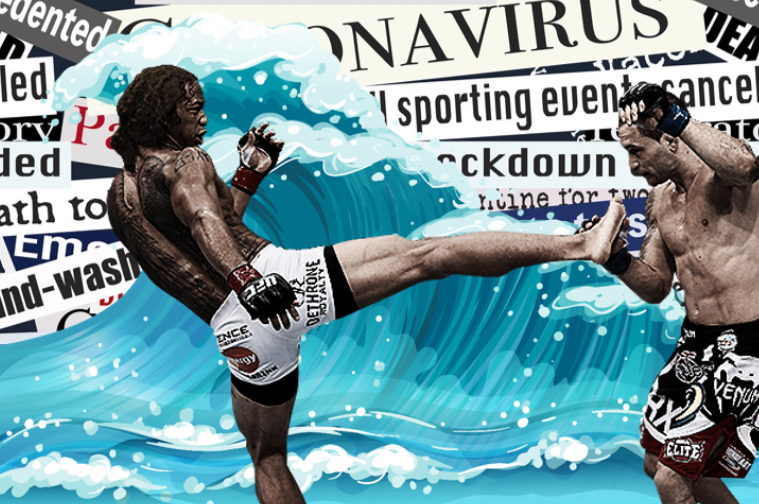 Despite its danger, the UFC may just be the perfect antidote for a post-corona world

With the sports world in lockdown, the UFC is daring to be different, or, perhaps, extremely dangerous. In early April, the UFC’s president Dana White announced the construction of a ‘Fight Island’ to host its bouts next month, possibly involving the highly-anticipated lightweight clash between Tony Ferguson and Justin Gaethje. The UFC, built around spectacles where contestants incapacitate and injure each other, is no stranger to risk. Yet now that risk involves exacerbating COVID-19. It is no surprise that many, including ex UFC-fighter Josh Thompson and ex-boxer Paulie Malignaggi, have voiced concern that the UFC’s recklessness could lead to its downfall. Despite the danger of ‘Fight Island’, one must consider how the UFC gained the power to actualise this plan in the first place.

Rising from near-obscurity in the early 2000s, the UFC is close to world domination. After being installed as UFC president by his friends, the Fertitta brothers, following the UFC’s $2 million purchase in 2001, Dana White has seen the company overtake the NFL and boxing. Since the UFC’s $4 billion sale to a group led by Hollywood talent agency WME-IMG in 2016, White has further bolstered his company through weaving captivating storylines, including the conflict between lightweights Khabib Nurmagomedov and Connor McGregor that led to their record 2.4 million pay-per-view fight in 2018.

Now, the UFC could drastically increase its viewership during and after this pandemic. Driving this will be its sheer entertainment value. Not only does the UFC showcase jaw-dropping knockouts, and visceral blood and gore, but it hones in on the colourful personalities of its many fighters. In a period where all physical connection is at a minimum, its personal nature allows viewers to root for and identify their athletes, from the humble female bantamweight champion Amanda Nunes to the outspoken male BMF welterweight Jorge Masvidal. Video clips of fighters’ training and struggles building up to bouts in ‘Fight Island’ will allow the UFC to refine its key asset and, in turn, strengthen its roots. This personal connection could help further differentiate the UFC from other more team-oriented sports like football and basketball. Whilst these sports have fans invested in their teams’ players, the UFC’s individually-driven emotive appeal is perfectly suited to the perpetually anxious, coronavirus-drained viewer.

Knockouts and takedowns, alongside incredible victories or devastating losses, may also provide a much-needed simplicity to this confusing situation. Fighting is black and white, whilst life, especially during this pandemic, is not. The sight of a fighter tapping out, drained, exhausted on a bloody canvas, whilst the other pumps their fists in victory is clear and total. One need only look at the recent career of the ex-Bantamweight female champion Rhonda Rousey to see how a UFC fighter’s career can bring worldwide appeal to audiences and, in turn, pave the way for their usurpers to generate further revenue. Rousey, by 2015, having won the first twelve of her fights, had become one of the most famous competitive female fighters in modern history. In subsequently being crushed by Holly Holm and Amanda Nunes, Rousey inadvertently paved the way for the next cohort of female stars. In a sport where an athlete’s career can be made or broken within one second, engaging in such binary events could provide a respite from the stresses of living within a pandemic.

Within the UFC, narratives abound where fighters emerge from seemingly hopeless places to go on and win: as evidenced by Nate Diaz’s submission win in his first fight against Connor McGregor and Anderson Silva’s famous 2010 fifth-round miracle submission over Chael Sonnen. The UFC could provide a medium through which viewers are given hope. The euphoria of seeing a fighter’s game plan emerge over the course of a fight, or in witnessing the rapid ascendancy of fighters through the ranks is a product hard to replicate in any other business area. In tapping into the narratives that captivate worldwide sports audiences, the UFC has risen alongside its greatest stars and could provide positivity for those suffering after the dust has settled.

This is not to omit the grave risk White has heaped upon the UFC with his decision to push forward ‘Fight Island’. Despite the safeguards, White has begun to put in place against COVID-19, such as screening for the virus, if any fighters were to die of coronavirus, or if the disease spread through ‘Fight Island’, the failure will extend far beyond business and tarnish White and the UFC’s image forever. White’s plan, of course, is dangerous and insane. Yet just like the Fertitta’s initial UFC purchase, White is playing the odds and hoping to win big. He likely will, and we will tune in too. In pushing forward sports events during the coronavirus, the UFC is banking on our emotions outweighing our reason. That is why it has become unstoppable.