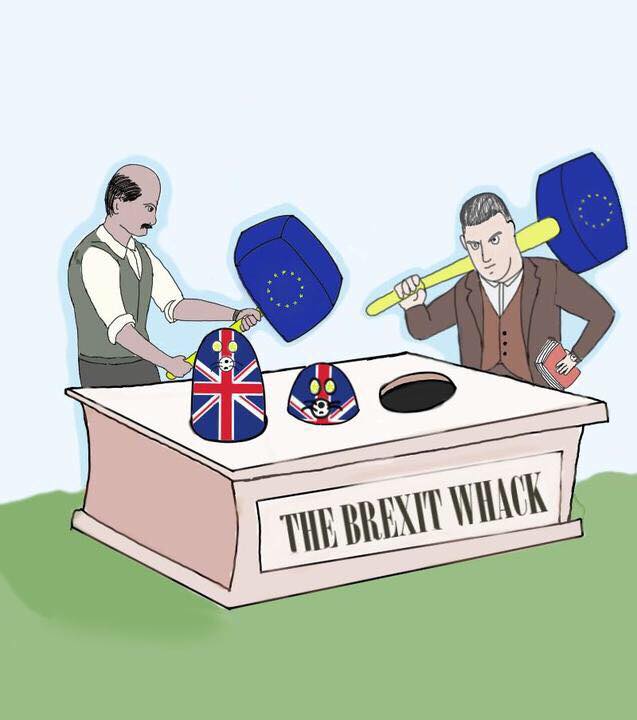 Inside the London School of Brexit-bashing

The LSE is against Brexit. But is it biased against Brexit? Bias is defined as “cause to feel or show inclination or prejudice for or against someone or something”. Within this definition, two words stand out: “prejudice” and “feel[ing]”.  Uncorroborated accusation, grandstanding with little factual support all fall into this category. Where best to search for this bias? The writing of academics, tied to this university and promoted via its blog seems a reasonable start. They after all, are the ones who teach us. If our role models are biased against Brexit what hope do we have? It’s time to counter this nonsense, leap beyond the barrier of fake news, and delve deep into the London School of Brexit-bashing.

On our subterranean journey we first encounter Sander Kunst’s (University of Amsterdam, November, 2019) ‘Did Less Education Cause Brexit?’. In the introduction to his article, Kunst lays out his mode of exploration:

“It is an interesting proposition: could Brexit have been prevented if the population had spent a few more years in school?”

The use of the word “prevent” here is interesting. To the untrained eye Kunst’s hypothesis may seem to be a positive statement. Yet the word “prevent” presents a negative value judgement on the thing that is being “prevent[ed]”. What Kunst’s investigation objectively concerns is the connection between years of schooling and Euroscepticism, so no investigation is actually being made on Brexit’s impact on Britain, just its connection to education. This slip marks an otherwise stellar effort at masking a quite obvious prejudice to both Brexit and the “cashier in Tesco at Birmingham” who seems to support it.

Kunst concludes that “[m]ore research is necessary…So could Brexit have been prevented with more education? Maybe…”. One can argue that the conclusion Kunst reaches shows his lack of Brexit-bias. Yet this failed search reveals a suspicious trend. Searching through the LSE blog further, many more articles stuck out as powerful grasps to somehow denigrate Brexit, which, to the misfortune of the writer, come undone. Another example of an article hypothesis that if proved right, would serve as an anti-Brexit force is Thiemo Feltzer’s (University of Warwick, 2019) “Are Opinion polls biased towards Leave?”. The result, after a deluge of multivariate analysis:

“Opinion polling is very difficult…I do not know whether my argument has substantive academic merit and academic discourse is needed.”

Whilst not yet discussing LSE-based opinions, their articles are classified by LSE as “represent[ing] the views of the author and not those of the Brexit blog, nor LSE.” Yet any selection of an academic’s work once again is a value judgement on LSE’s behalf. In selecting anti-Brexit academics LSE not only reveals its true colours but also gives weight to an overwhelming tide of academia-driven intellectual groupthink that has increasingly sought to shut off any diverging viewpoint.

One LSE Blog article that can no longer claim distance from the views of its author is Professor Valentino Larcinese’s (LSE, 2018) “There is no such thing as ‘the will of the people’ – Brexit needs the involvement of parliament”. Written before this October’s increasingly toxic clashes within Westminster, Professor Larcinese’s article reads as prophetic for all the wrong reasons:

“[Brexit] now seems to be taken as an accomplished, inevitable outcome, which only needs to be implemented”

The first statement is as arrogant as it is foolish. The question posed in the EU referendum ‘Should the United Kingdom remain a member of the European Union or leave the European Union?’ is far clearer than the shroud of ambiguity Larcinese attempts to fling over it. Throughout politics, as in life, one is forced to make clear cut choices from a multiplicity of inputs and decision-making processes. Larcinese’s bottom-up approach, citing the severely flawed ‘Arrow’s Theorem’ as indisputable support for his argument, when taken to its natural conclusion essentially states that “everything is so complex at the micro-level that nothing really has any meaning”:

“Had the Remain camp won the contest we would have probably learned that there was more than one Remain option too.”

Had a nuclear missile struck Britain to halt the referendum, we would have probably learned that there was an infinite amount of variation involved in the missile’s flight through the air. Such dressed-up, intellectualised mud-slinging against a result so clearly loathed by some of the academic and political class goes to show the lengths one can take to rationalize a loss.

With this article I have merely touched upon the tip of the iceberg that is LSE’s Brexit-bias. Other noteworthy articles include ‘No Deal would destroy Britain’s international reputation’, ‘Johnson has defined Brexit. Now it is for the opposition parties to defeat it’ and ‘Politicians don’t care about what I have to say’: listening to the children of EU migrants in the UK’. As a child of an EU migrant, it strikes me that this collective drive for disinformation will not only undo the pro-EU argument within the UK, but across the European mainland itself. An argument is won and lost on the basis of competing viewpoints. In 2016, Leave put forward it’s viewpoints, and won. It is time for Remain, and the Brexit-bashing LSE, to move on.