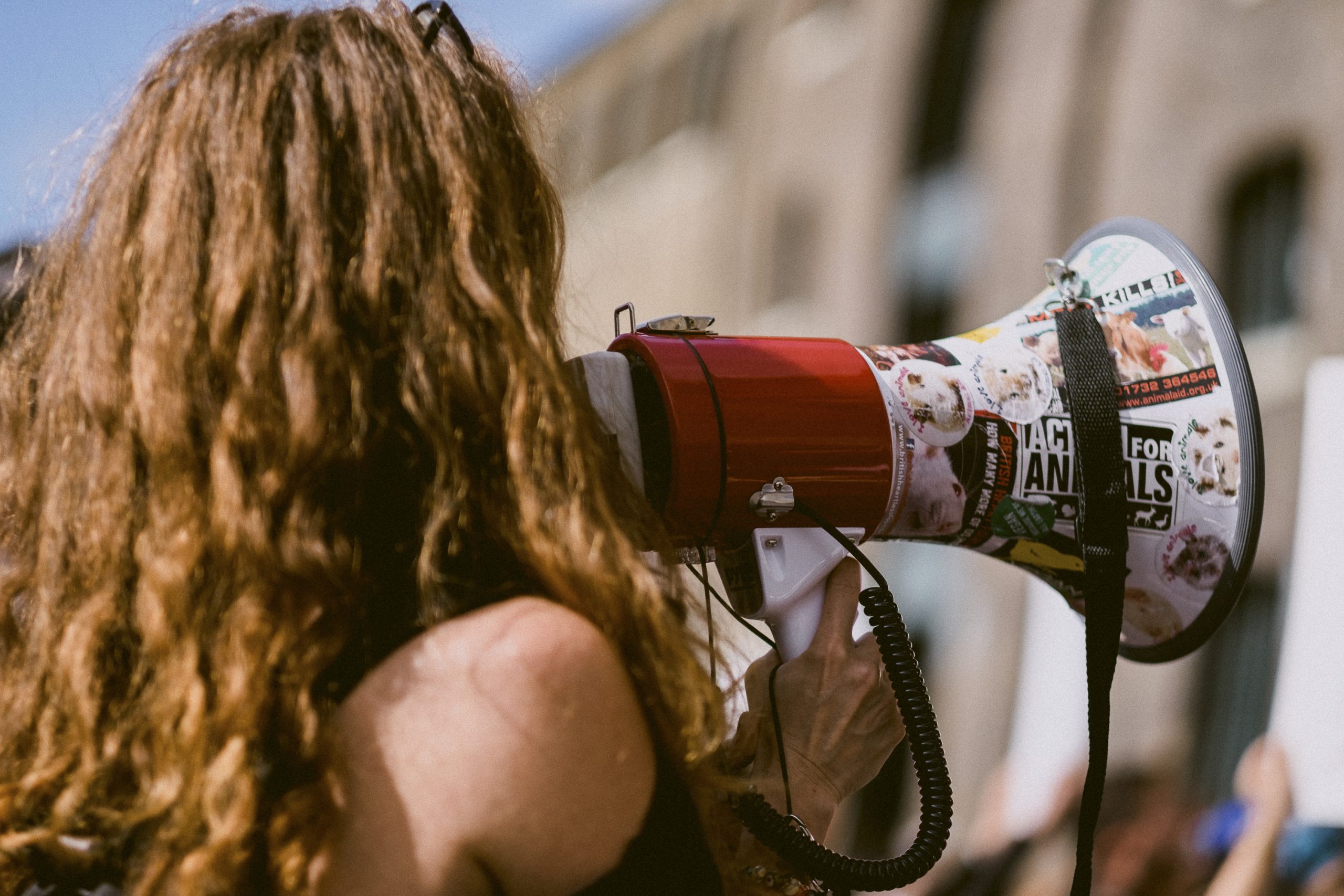 Inside the LSE Rent Strike

Across the country, students are angry. Having been encouraged to move into university accommodation with promises of ‘hybrid’ teaching and a relatively uncompromised experience, they have instead found themselves in cramped halls with lacklustre support from institutions. Many are taking action.

Inspired by the successes of University College London’s ‘Cut the Rent’ movement in 2015, students at the University of Manchester garnered national media attention for their strike action, which culminated in a two-week occupation of a campus block, and eventually won a 30% rent reduction. Since then, the movement has snowballed. Now students from over 45 universities, coordinated at the national level, are preparing to take part in what has been called ‘the biggest wave of student rent strikes in 40 years.’ The LSE is one such university: since early December, organisers have been building support, revising strategy, and compiling demands in preparation for the beginning of term. The Beaver spoke with Tori Anderson and Abhijith Subramanian, LSE Rent Strike’s national representatives, about the movement and its plans.

Tori and Abhijith have had their work cut out over the last few weeks. It’s hard enough listening to the voices of the rent strike group chat’s 250+ members, without considering the added uncertainty brought about by the third lockdown. But, surprisingly, initiating the movement took relatively little effort. “It didn’t take a lot to get things going,” Tori tells me, as the sentiment already existed: “When LSE students realised that they were being short-changed, significantly more so than at equivalent universities, it incited a lot of anger.” She mentions how quarantining UCL students were given £240 Ubereats vouchers as an example of this lesser treatment. This shared sense of anger is fundamental to the rent strike’s momentum, in helping to create a united front across LSE’s broad political spectrum. “This is the first issue I’ve seen that both the presidents of the Marxist and Hayek societies can get behind,” Abhijith says with a hint of pride.

All demands are agreed upon by majority vote, in keeping with the grassroots, democratic model adopted by rent strike groups nationwide. Tori and Abhijith may be the national representatives, but this is a responsibility rather than a privilege; personalities mean little in a movement such as this. As put by one group chat member: “Before talking people, let’s talk issues.” In upholding this principle, Tori notes how important the national network has been: “They’re encouraging us to create a democratic network.” “It’s not a top-down organisation,” Abhijith adds, “it’s solidarity based.”

For the national network to function, representatives report on the status of strikes at their university and are given advice tailored to their situation from experienced organisers. The national network’s website also provides strategic information for strikers, drawing from knowledge gained in previous strikes. As the majority of students in halls are freshers, this collective experience is invaluable in building a more effective movement. The national network promotes “collaboration across universities, learning from each other,” Abhijith says.

For many of those involved, this goes beyond rent. Nationally, the movement can be understood as a rejection of the post-2010 model of university funding in the UK and the idea of rent itself. As the Rent Strike puts it: ‘The short-term goal may be a few quid in a student’s pocket, but the end goal is the resistance to the marketisation of both universities and … housing’. LSE Rent Strike’s demands somewhat reflect these aims. In addition to striking for a 30% rent reduction, no repercussions for strikers, and quarantine support, the movement also demands no staff redundancies, as well as transparency and student democracy in the School’s finances. Although not currently “the headline issue,” Tori insists that “some of these demands are just as important as the rent reduction.”

These demands are steps towards a de-commercialised LSE: “The calls for transparency and democracy are addressing the systemic issue. Students feel they are paying for an experience that isn’t worthwhile, their next question is, ‘Where’s the money going?,’” notes Tori. Rent Strike, both nationally and within LSE, has lofty political aims, which one might think would alienate a considerable number of students. However, the immediate, concrete aims have reduced divisions so far, aside from “healthy, legitimate debate” over demands. “There’s depth of feeling on all sides,” Abhijith stresses, “but if you have an issue, come get involved.”

The third lockdown, and LSE’s response to it, have had a mixed impact on the movement. Most obviously, a key tenet of the demands appears to have been achieved: rent waivers and penalty-free contract releases. Despite this, Tori and Abhijith assure me that the fight is far from over. “For those still paying rent, the issue has not been alleviated,” and the question of whether a lower-quality education deserves full fees remains. Contract releases have also not been offered to those paying for 39 weeks, on the assumption that they stayed in halls over the break, leaving many international students, including Tori, trapped for the foreseeable future. For those in private halls, such as Lillian Knowles, the situation is equally dire, as rent reductions and contract releases are at the discretion of landlords. “Those currently living in halls are the most vulnerable right now,” Tori tells me, before affirming: “The rent strike will not abandon these people.”

This is admirable, but many will be wondering what is to be done. In December, occupancy of halls was at 73%, and although too early to know the equivalent rate for this term, less strikers means a greater risk. There is no legal protection for the right to withhold rent, which can carry the risk of eviction. Successes of previous strikes, notably at UoM, have relied on a combination of strength in numbers and media scrutiny. Whilst students not in halls may stand in solidarity with strikers, without rent to withhold, their options seem limited. A similar situation occurred at the University of Surrey last year: the option to withdraw from contracts left those in halls to fend for themselves, preventing the strike from achieving its demands.

How might LSE Rent Strike learn from their experience? When asked, Tori and Abhijith seemed confident. “It’s not necessarily about money,” Abhijith asserts. “In Manchester, when their first set of demands were met, only 80 students went on strike.” “At the end of the day,” Tori adds, “a university is not going to buckle if a couple hundred students don’t pay their rent. It’s about student and media pressure.” Clearly, their strategy for the coming weeks involves drawing as much attention as possible to the strike before the date for rent payments, currently the 22nd of January. It’s now crucial for them to recruit as many strikers as possible and spread the word widely. Both techniques will serve to protect strikers once that deadline has passed, a lesson learnt from Manchester. “Universities are most concerned with their reputation amongst prospective students, that’s what makes the media so powerful.” Ironically, marketisation has made universities vulnerable in this regard.

There’s a lot of work still to be done, but the rent strikers aren’t alone anymore. Shortly after our conversation, the SU sent out a ‘support and compensation’ petition, expressing agreement with LSE Rent Strike’s central conceit that ‘students have been encouraged to make financially burdensome decisions and have been rewarded with more cost than benefit.’ Demands such as the 30% rent reduction, no repercussions for strikers, and no redundancies have all been adopted, in addition to new demands for partial tuition fee refunds, housing for vulnerable students, and lobbying UoL and private halls, among others. At time of writing, the petition has received over 3800 signatures, according to an SU spokesperson.The national climate is also becoming more sympathetic to students’ voices; several Vice-Chancellors as well as the president of the UCU have pressured the government for a sector bailout, which would mean compensation for students. Uncertainty is a certainty in today’s Britain, but at least for now, the rent strikers are here to stay.