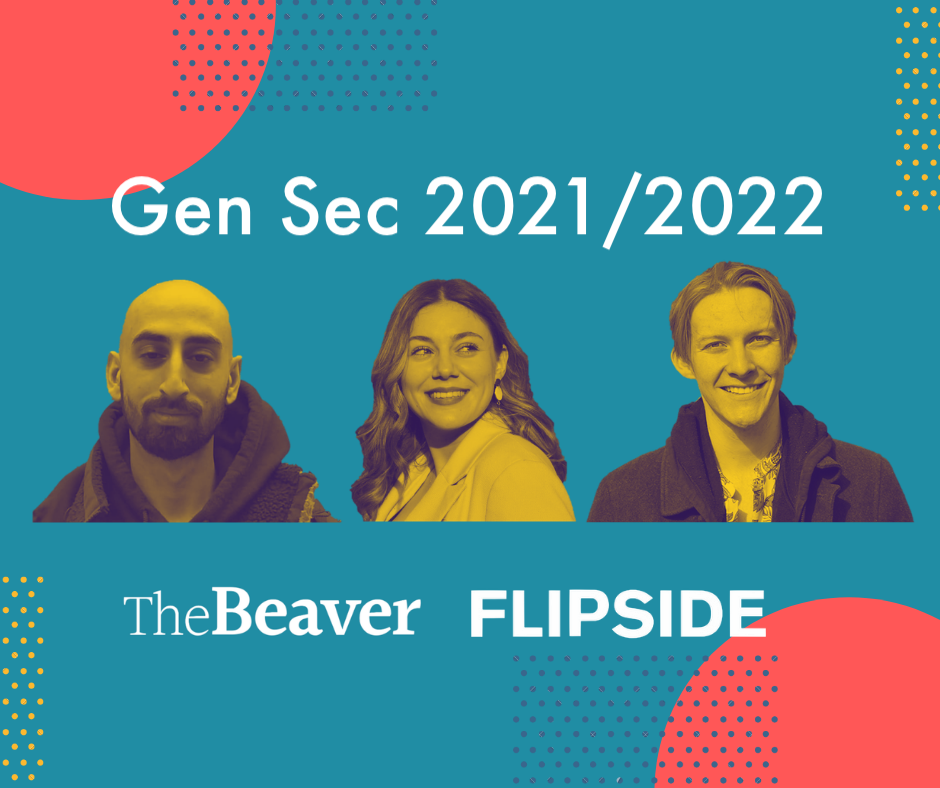 It’s election season here at LSE, and aside from voting within all of your societies, the big jobs in the SU are also on the line. General Secretary, or ‘Gen Sec’, is the top representative for LSE’s students. They sit on LSE’s top decision-making bodies, and also lead student initiatives and campaigns. The Beaver sat down over Zoom with each candidate to discuss their plans for the SU’s new direction, their experiences at LSE, and where they go for lunch.

Editor’s note: Some answers have been condensed slightly for clarity.

Alex Lashley (he/him) is in his third year, studying International Relations. He’s been LSE’s Volunteer of the Year in 2020, and is an activist within the student community. You can read his full manifesto here.
Faraz Khalid (he/him) is completing his MSc in HR and Organisational Behaviour. He’s been an Academic Rep, founded the Diversity, Equity, and Inclusion Student Forum for LSE, and co-wrote the LSESU Tuition Fees Petition. His full manifesto is here.
Josie Stephens (she/her) is a third year Politics & Philosophy student, and the first woman to mount a campaign* for Gen Sec in five years. She’s former President of Rosebery Hall, former Creative Network Chair, and is now President of Drama Society. You can read her manifesto here.

What is one habit you’ve picked up over lockdown?

Josie Stephens: I FaceTime so many people. I’m back in London, but a lot of my friends aren’t, so I want to catch up with them a lot.
Alex Lashley: Waking up really late. But I’ve also learned how to play guitar.
Faraz Khalid: Me and my mum make banana bread every week now, because I’m living at home. But I’ve never seen as much of the forest around my house as I have since lockdown.

Picture life before COVID. Where would you go in or around uni for lunch?

AL: Often it’d be a Pret sandwich, or a co-op meal deal depending on how much money I’ve spent the previous week.
FK: I actually really like the cafeteria. Even though it’s a bit pricey. They have a noodle section and stir fried rice, it’s so good.
JS: Oh, I’m a sucker for a co-op meal deal, even though it’s overpriced. I’ve got my co-op loyalty card though, so that makes me feel a bit better, and they give a lot of money to charity. Normally I’d either go to the first floor of the SU to eat, but if it’s nice outside, I’m partial to a Lincoln’s Inn picnic.

What’s been your favourite module you’ve studied at LSE?

JS: Probably GV248 (Power and Politics in the Modern World). I just loved the course structure, it was so sexy.
FK: I’ve actually hated a lot of my modules, because I don’t think they’re very diverse – or I don’t think they teach you to be critically minded, at least on my course. But I would say the one that got closest to trying was called Organisational Theory (MG475), which tried to blend some sociology stuff and concepts from politics into a more business-like framework.
AL: I think IR101 (Contemporary Issues in International Relations). It was just one of the first times I’ve been in a room with people who are actually interested in IR. It was first year, it was a different time, we could go to the pub afterwards – it was a good vibe.

And what about your favourite non-academic experience at LSE?

AL: Probably when I was made Volunteer of the Year – I wasn’t expecting it. I didn’t even nominate myself. I was like, ‘Oh wow’, like it’s such a stiff level of competition. It was really nice to be awarded.
FK: I’ve only been here during COVID, so the best thing we have is the strange Friday night drinks outside of the CBG, to make the most out of student life during ‘unprecedented times’ – aren’t we all sick of that phrase?
JS: When I was in first year, we organised a Rosebery boat party with 350 people. I remember putting up helium balloons and laying out ‘Colin the Caterpillar’ cakes – not going to lie, I was probably taking it a bit too far. And when we were sailing back to the dock I saw everybody getting out of their taxis and they were all dressed up. I just loved that.

What’s the first thing you plan to do the day lockdown is officially over?

FK: Honestly, the thing I’m looking forward to the most, which might seem really mundane, is just playing basketball with other people on an indoor court.
JS: I’d love to have a barbeque, with like 40 of my closest friends, and people I haven’t seen in a while.
AL: Go see my mum – wait, that’s not a cool answer. Pub? No, actually, I need a haircut.

What made you decide to run?

JS: I’ve loved LSE, I’ve felt really happy here. But I think a lot of people really struggle to feel a part of that, essentially. And that’s what I want to change. I want to change the culture of apathy among students, which creates a bit of a bandwagon effect, because there are loads of opportunities. I also want to continue the current SU’s legacy of really fighting for students rights, but I also want the Union to be a safe haven, where you can meet people, and for it to be fun.
AL: Currently, we’re paying £10,000 for what? I’m not running because I had fucked-up first years at LSE, I’m running because across London in halls people are feeling alone and out of the community. Across the world, people are still being forsaken by LSE. And I don’t think that’s acceptable.
FK: I graduated from my undergrad in 2016, and even then there was a lot of talk about decolonising the curriculum. And now that I’m back in university – there’s no progress. Nothing has changed, even though LSE prides itself on its diversity. But the main reason I’m running is because I was asked. People enjoyed the things that I did this year, it did make a difference – and even after graduation, that’s the feeling you chase, right? And I know I could have it here.

What are your plans if you don’t win?

FK: The reason I started my course was because I couldn’t find a job that I found fulfilling, so I chose HR, because even if I was to go into the private sector, I would want to do a job that makes people’s lives a bit better. I do work part time as a youth worker, which is very refreshing.
JS: I got an internship last year at the Cabinet Office. So I think, hopefully, I can go back there. But I’m also quite keen to travel, and do a Master’s in Education at some point – but I’d need to earn a lot of money first.
AL: I’m a qualified English teacher, so I’ll be going out to teach refugees in Greece or somewhere – I need to go somewhere warm. Plus it’s a good thing to do.

As The Beaver is part of the SU, how would you maintain the relationship between us to make sure what we’re doing is best for students?

AL: I think one of the best assets of The Beaver is it is so independent. You guys take people to task, and we’ve all seen some ‘takedowns’. Maybe we should institutionalise this, have like weekly catch-ups to make sure the relationships are maintained. Both parties want what’s best for the LSE students, and they may have different ways to go about that, but talking and communicating is great.
FK: With the context of media generally in the UK, this is where it starts, right? I’m always about transparency – which is mostly to my detriment – but if you’re not being honest about things, if you’re not being truthful, then no progress is ever made. I feel like a lot of this stuff just comes from getting people in the room, and open access is an important thing to try and get into that process.
JS: From my work with the Creative Network, I realise how much more support creative societies need, because we do have a structural problem at LSE that kind of overlooks and underestimates the importance of creative societies. The Union really wants you to achieve good stuff, but I feel like sometimes it piggybacks on the strengths of its societies. Instead, I’d rather the Union being there, empowering them and lifting them up.

*Other female candidates have been nominated for Gen Sec, however they were nominated by others and did not run campaigns.