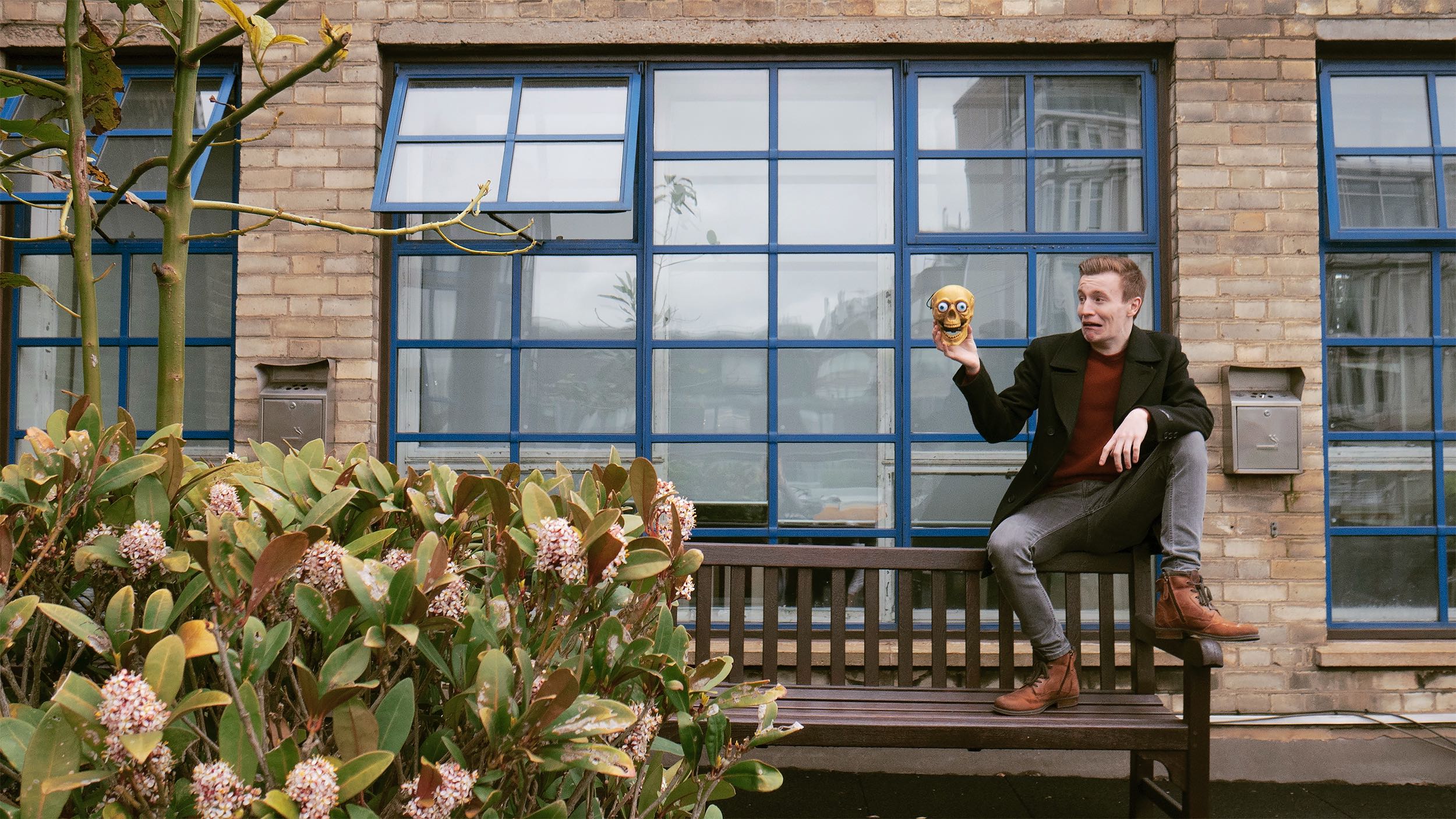 Third-year Politics and History student Sam Rippon is well-known in LSE creative circles for his pivotal role in LSESU Drama Society of which he’s been President for the last two years. As his time at LSE draws to a close, I sat down with him to talk about the legacy he’s leaving behind as well as his plans for the future.

Theatre and Sam go as far back as his last year of primary school, where his teacher recommended he audition for Oliver! with a local amateur company. He’d done singing lessons and singing grades before, so he was more than ready to be in musicals. In fact, it took him until late sixth form, nearly seven years after his first theatre performance, to perform in a non-musical production.

Sam hit the ground running when he came to LSE; in his first week, he committed to directing the musical Made in Dagenham, scheduled to be the final LSESU Drama Society production of that academic year. He’d directed musicals before but he’s since found it isn’t one of his intrinsic passions: “I’m not a director. I’m an actor, primarily”.

Directing a musical is exponentially harder than directing a play. “Because when you’re directing a play, you can plot through scenes and quite a lot of scenes, especially if they’re well-written plays … they effectively direct themselves.” With a musical, a director is overseeing a band and choreography on top of a cast, set, costume and props. “with a musical, because you’ve got to do the scenes and then you’ve also got to do dance numbers, learn the singing, learn the harmonies, choreography, match it with a band…” In the Sister Act cast and crew, there are around 40 people to keep track of. The organisational challenge is not the most stressful part though. According to Sam, “The hardest thing is time. On Sunday, we had a five-hour band call where we just played the whole show and everyone was singing. Sometimes one dance number might be four minutes long but it can take two three hour sessions to set properly. So it takes a lot more time. That’s the biggest difference, I think.”

LSE isn’t always immediately welcoming; some people are lucky enough to find their people on day one but for most, it takes time. Sam fell into the latter category. He considered dropping out of university at the end of his first term: “The rat-race was a shock to me. I almost feel embarrassed to say it but I hadn’t heard of Spring Weeks before I got here. Someone was talking about it in Freshers’ and I was like ‘What are you doing? We just got here!’”. Ultimately, Sam’s commitment to directing Made in Dagenham played a large part in his decision to stay.

For the next two years, Sam presided over LSESU Drama Society – a role he onboarded in a bid to make the society feel like one coherent group. “If you were in the production, you were in like the ‘Made in Dagenham society’. And I kind of wanted to change that because I felt like we weren’t getting as much support from the executive committee as I would have liked.” He ran for a second term in order to complete this mandate.

Now, he thinks his work to unify the society has been done: “I’m very proud of what’s happened in the society. LSE is not necessarily renowned for being a creative hub. But over the last three years, it’s managed to produce 12 productions – and particularly in the last two years, the eight productions that have happened have felt very impressive… somebody told me last night after rehearsal that this year [LSESU Drama Society] felt like a society – that’s all I want to hear.”

Naturally, being President has taken up an incredible amount of his time. Sam has been deeply involved in the behind the scenes aspects of each play. Alongside that, he’s been working and performing in different theatre companies. To top it off, he also plays an active role in LSESU Quiz Society. “I like to be busy, I work much better when things have to be done in this short amount of time. I wouldn’t turn down having a bit more time to myself, but if I didn’t enjoy it, I wouldn’t do it.”

Drama Society may take up most of his time at LSE, but it doesn’t begin to tell the story of how Sam ended up here. He did six A levels. To be technical, he did Mathematics in Year 12 and Politics in his gap year but still, a remarkable effort. He had initially applied to study Mathematics at university, but after being rejected from Oxford (like the best of us), Sam was on track to study at Imperial. But it was on results day that he thought about doing a complete 180º.

History and Politics was an unusual move after Maths but in Sam’s head, it was infinitely more interesting.

Sam yoyo-ed between a number of higher education options in secondary school, drama school was the first option he crossed out. “It was partly influenced by people around me saying, ‘Look, not doing that now doesn’t eradicate doing it in the future, but if you don’t do your degree now, you’ll probably never do it.’” Does he regret not doing this sooner? Absolutely not. “To say that I don’t love my subject is an outright lie. I did. And I do. I am happy that I’ve done it. I know that they were probably right. If I didn’t do it then, I would never do it.”

Four years after leaving school, it’s finally time – Sam will be studying for a master’s degree in Musical Theatre in the coming autumn. He’s still waiting for decisions from a couple more places but he’s already gotten into some impressive drama schools. In his eyes, the dream is to be in theatre for the rest of his life.

Still, he strongly believes his degree was worth it. “If I wasn’t going into theatre, I would want to go into politics. It feels like I’m writing a personal statement but I don’t think they’re mutually exclusive things. When I’m studying politics, history, I’m looking at people and events and understanding things. And that’s always useful on a stage. I won’t be leaving it in the past”.

In a moment of imposter syndrome, Sam told me he hoped his story hadn’t been too boring right before I stopped recording. To be sure, it isn’t. The idea of following your passions and not closing yourself off to options considered less practical by society is refreshing. Sam’s had an unusual path to LSE – and that is worth celebrating. He hopes LSE will see the benefit of supporting societies like Drama and see it as more than just “messing around”, and realise the benefit in talking about education and career paths like his to future students. For him, the first step towards student satisfaction is to support well-rounded student lifestyles.

But wait! We almost forgot to talk about Sister Act – his final mark on the Drama Society. He couldn’t have been more excited. “This one is special in a lot of ways because it’s a musical I’ve been really keen to direct … I remember seeing it and I was like, that would be hilarious. I think the book is fantastic. And the music is so good. And I knew that we had people [fake cough] – Deborah – who would be able to carry off powerhouse characters exceptionally well.”

Sister Act was to be performed in the Old Theatre, a welcome change from The Venue, “The Venue is just a horrendous space to perform. Everybody knows that. But if you make it work, you make it work really well. The Old Theatre is significantly better – but like, it is a lecture theatre primarily. It has one wing and when you have a cast of 20 in a band of 10 in The Old Theatre green room as the one dressing room, it gets sweaty. The smell is quite something to behold! But it adds to the fun.”

Since our interview, COVID-19 has become a much more serious problem and the Drama Society has had to cancel Sister Act. Although Sam’s Drama Society career might not have gotten the ending it deserved, you can look out for clips of their dress rehearsal on their society Facebook page.