Once upon a time, we used to have a weekly report on the happenings at Zoo called The Beveridge Report 2.0 or simply The Beverage Report. For one time, and one time only we returned to Zoo. Here’s what we found.

One’s first Zoo excursion is like listening to one’s first Beatles song – if that song happens to be Revolution 9. At this point, stepping inside the sticky edifice elicits, for most of us, a feeling of ambivalence;  this is how it is and this is how it will be until we leave LSE. But for our own Executive Editor, who I am told could barely contain his excitement, there was nothing but joy at the prospect of ‘his first’. ‘The Boss’, as he likes to go by, took to the ‘Leicester Square Cathedral’ like a duck to water – chanting, nicking fags, and boogying to Katy Perry until the early hours of Thursday morning.

When I glimpsed him from the other side of the cage, he had the gun fingers out and a jager bomb in hand. When a song to his particularly liking came on, he would shout ‘Oi, oiiii’ and then start jumping up and down in a vain attempt to start a mosh pit. Unfortunately, few obliged. How anyone could avoid the magnetism of Zoo for over two years is beyond me; in any case, I imagine this won’t be the last we see of the Exec. Ed. on a Wednesday.

I was late for pres, arriving sweaty and in my volleyball kit, straight from a game in Canterbury. This is how curious I was to see The Beaver at Zoo. In the end, this Zoo experience was like many others. I was not surprised to see our group blend into the sweaty crowd dancing on the sofas in the Cage, struggling to find space in the smoking area and giving each other a look of resolve at about 1:30 am that said, “we’re done.” Despite the painful day after, I have to admit I enjoyed my night, though I think from the response of our first-time goers that ‘The Beaver Goes to Zoo’ will remain a one-time experience.

I’ve made a lot of mistakes in my life, and I can find no clearer example than Zoo – for every Wednesday night, there is a Thursday morning. Dizzy and dehydrated, we wake up to swipe through blurry pictures with people we met in freshers week but haven’t spoken to since. Some have a few hickeys on their necks to add to their list of regrets. And every Thursday, we attempt to answer the age-old question: why do we do this, week in, week out? Is it really worth going just to see your Executive Editor being forced onto the sofas to get down to Pitbull?

I think Mr. Worldwide and myself would agree that it was absolutely worth it.

Regardless, what arrogance do we have here, mere students who strive to be referred as BNOCs only because our names are printed on a paper strewn about campus every other Tuesday? Why should our experiences matter, as, just like every other LSE mortal, we too slide into insignificance in the cage, existing only to fist pump and throw it back anytime Drake blasts through a speaker? No jacket to be found, with only an atmosphere of second-hand smoke to keep us warm. And yet whether you’re quantitative or qualitative, Tory or Labour, Zoo exists for us all to regret the morning after, to keep us #humbled.

I would like to begin with a disclaimer that I have never been to Zoo before, and I have no plans to visit again in the foreseeable future. Nevertheless, I am told it is an LSE tradition and Wednesday night ritual, so I am withholding most of my judgement.

If you miss riding the Central line in mid-July, boy do I have the place for you. The Cage was a health hazard, but also a fascinating site for a potential anthropological study.  I took a break in the smoking area while someone smoked a Mango Juul pod a metre away. As a post-grad student, I have never been more aware of my own mortality.

Also, shout out to the security guard who helped me find my hat at the end of the night. You are a king among men.

Zoo, to my surprise, was like any other club, only with cheaper drinks and far more people I knew in it. It was good seeing some old, and some relatively new faces. For this reason, Zoo is largely better than the typical club experience, especially in London. It’s bar layout was aesthetically pleasing. The men’s bathroom attendants were a welcome addition. The place can get rather packed, but if one works on their core strength then they’re set. Music-wise more hard trap would have been sufficient, but Zoo supplied a healthy mix of classic dance numbers, R&B, and  rap. I don’t recall any Drake being played, however, which is a serious blot on an otherwise solid showing. Overall, I award the place four out of five Beaver stars.

Whenever people ask me how Zoo went, my classic response is always ‘Zoo is Zoo’. I never go to socials or pre’s with the intention of going to Zoo but somehow always end up there anyway. There’s nothing quite like Zoo on a typical Wednesday AU night. The sweat, the stench, the stickiness, and the same people. The best part of it all, you get an encore of the whole process every week on repeat. I guess this familiarity and predictability of Zoo is what brings me back every single time, week after week. Not to my mention my weekly procrastination and inability to stand up to peer pressure, of course.

Nevertheless, I’m glad I hit up Zoo this week because I got to see our fabulous Executive Editor and other Beaver Zoo virgins pull their best moves in the Cage and nick some cigarettes in the smoking area. Furthermore, the sky wasn’t spitting for once so that was fab. As always, I woke up with a painful headache, sore feet, and massive regrets the day after, but that won’t stop me from seeing y’all there next week.

Fucking Zoo – I didn’t make it through third year before getting dragged there. Even LSE’s top social scientist wouldn’t dare try to explain why our student body keeps going there, like Stockholm Syndrome ridden, horny rabbits. If there is anything right about Zoo, it’s the name: anyone there is an imprisoned animal. Prisoners to our lack of options, we sweat away as we try to avoid eye contact with people we don’t really know too well. On the Flipside, we make heart eyes at the attractive people in our classes but it only has the effect of making the rest of the year painstakingly awkward as you try to juggle attraction and parsing Down’s Theorem.

I gather some people love it (factcheck not available), but most regulars will usually say something along the lines of “its fucking shit but its our shit”. Hell, if that doesn’t sum up the LSE student experience, I don’t know what does.

I did enjoy myself for about 20 minutes, though. We shall be going to La Fiesta to dance to some proper music next.

Like many within the AU, Zoo is a haven for me: a home from home, a shelter from the relentless downpour of problem sets and essays. Wednesday nights have become a focal point of my week – Mondays and Tuesdays simply the pre-match for a massive Wednesday night out. For one observing from the outside, deciphering the strange allure of Zoo can be quite a conundrum, with its sticky floors, sweaty blokes, and alarming lack of personal space. You’d be hard-pressed to define Zoo as the most luxurious of clubs, but for me, that’s the beauty of it. A dark pit of despair well represents the institution we attend. A place where you can bum a cig or dance like a freak without fear of judgement. Zoo is a simple club, but it gets the job done.

Unfortunately, I was rather incapacitated and thus didn’t manage to link up with any of my fellow journalists on the night. A real shame, as following a recent Beaver social (where I was slammed for speaking out in defence of thy hallowed club), I was eager to see how everyone’s nights panned out. As for their opinions on my favourite gaff: mixed.

The writing staff of The Beaver are, in many ways, uncannily similar to the semi-aquatic animal which they represent. They are incredibly territorial, and will defend with their lives that citadel which is the media office. While seemingly innocuous and fair-natured, they behave fiercely and erratically when provoked. One would be a fool to write these people off as cliquey, or geeky, or neeky. The dark side of the insidious, drug-fuelled, sex-driven world of journalism – the one which would drive any normal man’s spirit to emotional destitution – is no more haunting to Beaver writers than an egg and cress sandwich. And there is only one place for animals of this nature to be kept responsibly: The Zoo.

What actually happened when we went to Zoo? Oh mate, no idea, I was battered.

Zoo is, without a doubt, the closest one can come to the Hobbesian state of nature – a war of all against all, nasty, brutish, and short. To really enjoy it, you need to drink yourself to the edge of oblivion in order to annihilate any of your senses. You don’t want to be sober enough to notice the sticky floors, the pugency, or the sweat shower that bathes you upon entering in The Cage. It’s a place where being tall is a huge advantage: you can navigate the two arenas of Zoo – The Cage and the smoking area – without being stuck in a whirlpool of ominous smells.

Having fun at Zoo is an episode in strategic planning. Pres are a must, but you have to keep your wits about you to make sure no one jumps you in the queue to get in, or in the arduously long line for the cloak room. After this Kafkaesque experience, you can finally step down to enter The Cage to enjoy some early 2010s pop bangers. Finally, after tiring of the stifling heat and being surrounded by horny second years, you will emerge to the smoking area with a quest to bum a cigarette off of one of your friends. The air will not be fresh, but it will be cool and crisp. Eventually, your back will start to tire and you will sober up – off you go, into the night in search of Maccies. 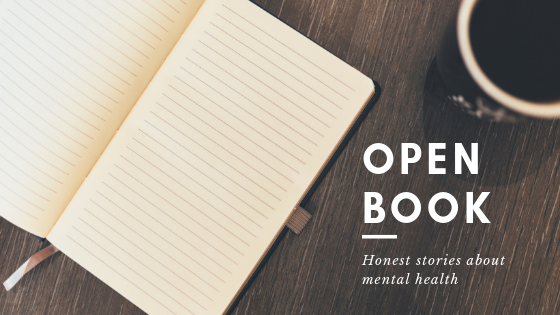 Sports, Community and other Rare Treasures