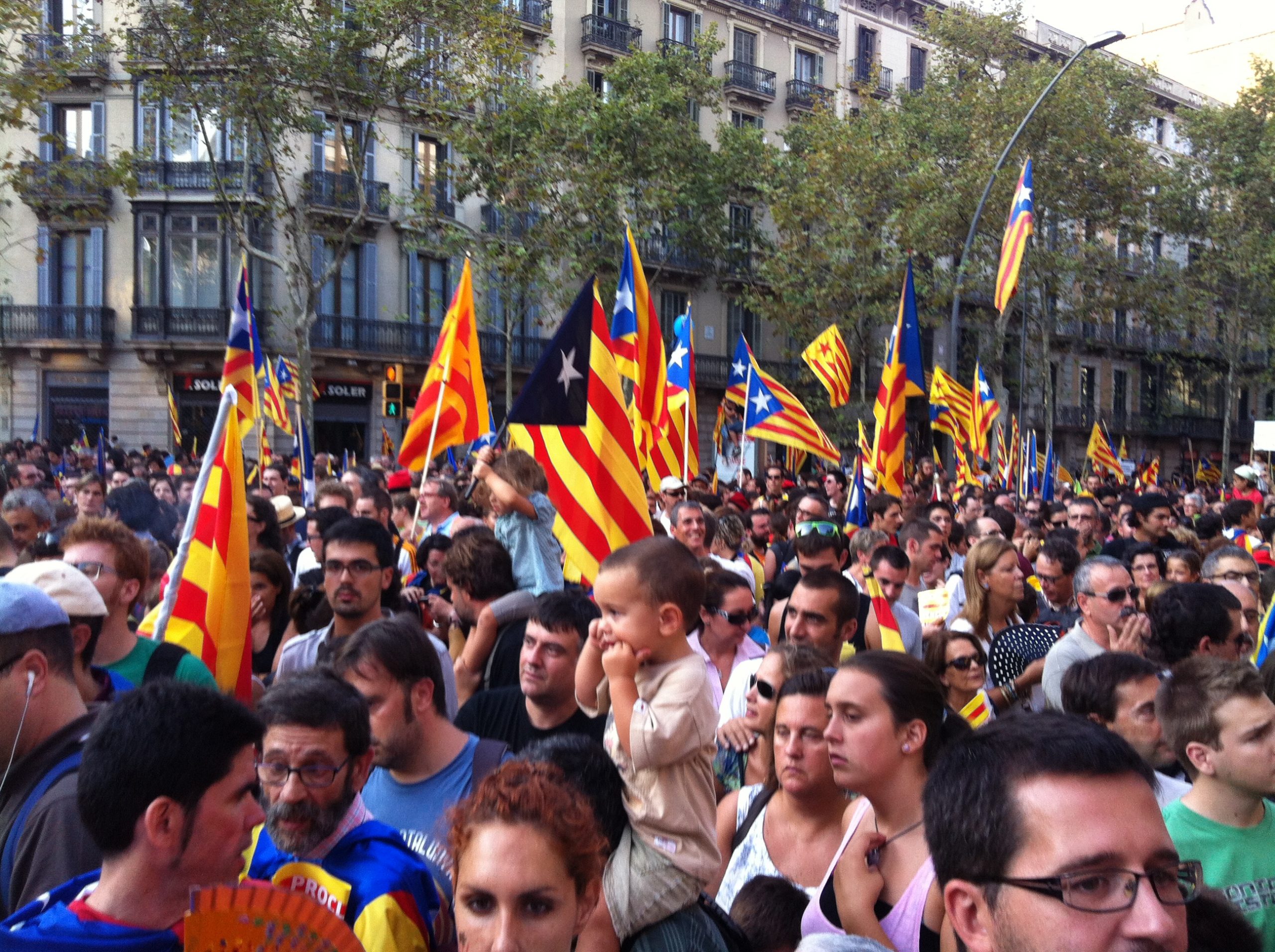 In the last edition of The Beaver we published an interview with Sir Paul Preston entitled ” ‘Let Catalonia vote for its future’ – Paul Preston on a country in conflict”. In the week following the publication of the interview we have received an overwhelming response from Spanish and Catalan communities both in Spain and abroad. In particular we were contacted by the Foro De Profesores – a network of nearly 190 Spanish and Catalan academics – who wished to respond publicly to the claims and comments made by Sir Paul Preston’s in our interview. In this following piece Mauricio Suárez – professor at the Complutense University of Madrid – and Alfonso Valero – founder of the Foro De Profesores – are given a chance to respond to Paul Preston’s claims.

Professor Paul Preston was recently interviewed in The Beaver about Spanish history and politics. With all due respect for his scholarship, which has gained him admirers throughout Spain, we strongly disagree with some of his statements about Catalonia and the background to the current situation. These are matters of current concern, as the nationalist movement in power in Catalonia has been pouring vast public resources into a worldwide propaganda campaign to discredit the Spanish state. Therefore, as members of a platform of independent scholars committed to democracy, we feel compelled to point out our different views for the benefit of the readers of The Beaverin relation to three aspects covered by Professor Preston: background to the Spanish Constitution; sociology of the current political situation; and the reasons for not allowing a referendum inCatalonia onthe secession of Catalonia.

Spain is a modern and very successful democracy. According to the Economist index it ranks as one of only 20 full democracies in the world, above Italy, Belgium or the United States, and comparable to the United Kingdom. Our exemplary transition from dictatorship to democracy between 1975 to 1978 has been much studied, and has provided a model for other democratic processes, particularly in Eastern Europe. The cornerstone of the country’s successful transition to democracy is our Constitution, which was voted in a nationwide referendum in 1978, and received a massive 91% of votes in support (Catalonia being one of the regions with the highest support). It pays to study the Constitution when discussing the current conflict amongst Catalans.

Professor Preston suggests that the current administrative configuration of Spain is due to pressure from the conservative sector during the transition, which, as a result, diluted the importance of the “great historic regions”. Such statement would mistakenly lead readers to believe that Spain formed by the union of, according to Professor Preston, “Catalonia, Galicia, the Basque Country, and coming behind, Valencia, and Andalusia.” But this choice of regions as Spain’s configuration is arbitrary. By way of examples, Catalonia was never a kingdom but part of the Crown of Aragón, and Andalusia was never a differentiated region. On the contrary, the drafters of the Spanish Constitution took inspiration from the previous 1931 democratic Spanish constitution, and were careful to reflect the same regional divisions. Therefore, it is incorrect to speak of historic regions, save for the traditional division between the Kingdoms of Castilla y León, and of Aragón, which subsumed the whole of the current territory of Spain and its former empire. Indeed, the full name of Spain is the Kingdom of Spain, i.e. a one-nation state.

When attempting to explain the current political situation in Spain, Professor Preston argues that ‘Spanish life, especially intellectual life, is to be Manichean’, as opposed to British notions “to agree to disagree”. A life devoted to a country, Spain, is reduced to a word: Manicheism; yet, of whom?

Like most democratic constitutions, the Spanish Constitution establishes that our sovereign body is the Spanish citizenry: the full and complete set of all Spanish citizens, regardless of their sex, race, religion or other beliefs, their place of birth, or their residence. In other words, the Spanish demosas a whole is the only legitimate bearer of our sovereignty. Crucially (and this is critically different in the United Kingdom) no regional parliament may take this sovereignty away, for citizens are not subjects, and no parliament has sovereignty over our citizens according to the Constitution.

Professor Preston complains: “why not let them vote”? We often hear this complaint and are struck by how dismissive it is about our type of constitutional democracy. It’s not that “we” (which according to the last election results apparently includes a majority of Catalans too) don’t want “them” to vote. It’s rather that a referendum on the future shape of the state carried out in any Spanish regionwould instantly disenfranchise millions of Spaniards in other regions. Everyone agrees that such a referendum would be illegal, but what is insufficiently appreciated is that it would be fundamentally unjust and deeply unfair to those who become disenfranchised. Giving the vote onlyto the residents in Catalonia, in a decision as to whether to liquidate the Spanish state, would in effect take sovereignty away from all otherSpaniards. The Constitution outlines several mechanisms for state reform, indeed its liquidation, but no regional parliament may ever mandate that.

In democracies like ours (France, Germany and the US enjoy similar provisions) merely carrying out such a regional referendum, regardless of outcome, would ipso factocreate first- and second- class citizens: those with and without the right to determine the shape of the state. We are in no doubt that many in the Catalan nationalist movement (an often supremacist movement with proven historical links to both fascism and Francoism) are motivated by a self-awarded sense of superiority. Their belief to be above our common law and their contempt for our courts is also evident in the stream of corruption cases amongst Catalan nationalist officials over the last 40 years. Their aim to divide the Catalan and Spanish people into two classes (one superior and entitled, another inferior and dispossessed) deeply offends anyone with a sense of equal dignity, and equal citizenship rights under the law.

This response was published by Features on behalf of Mauricio Suarez & Alfonso Valero, representatives of the Foro de Profesores.