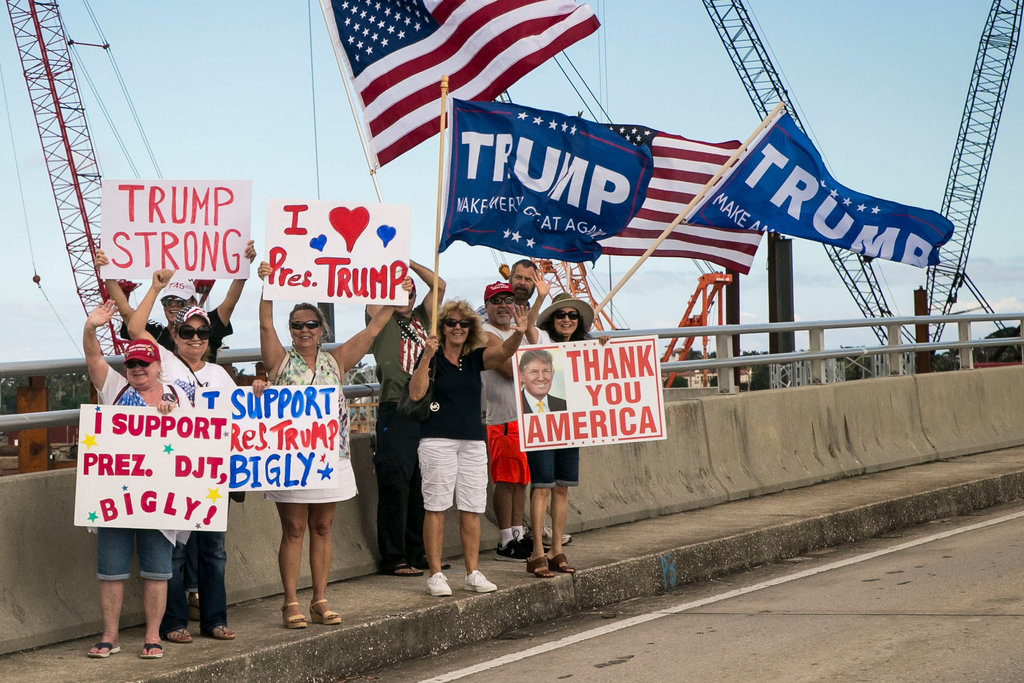 Comment editor Vince Carse reflects on how a Trump Presidency has forced him to critically examine his hard line liberal opinions in the face of an increasingly polarised political landscape.

I remember being in a car ride on a trip into the Australian countryside with some friends in early January 2017. One of my friends had just finished listening to an audio-recording of an Atlantic article, which I think was by David Frum, on the coming Trump era. It wasn’t quite terrifying at that time. We’d all had a month or so since the election to silently come to terms with the new guard, and all its terrors. What progression had come under Obama had certainly halted for now, and it seemed like a kind of apogee had been reached.

My friend talked about how institutions could be corrupted by the new president. It was usually nice hearing him talk about things he’d read, like one of Cicero’s trials or a good novel. This time it felt eerie. To hear him recapitulate in excruciating detail the fragility of America’s democracy made me want to act. A few weeks later I’d subscribed to about half a dozen newspapers, more than I could ever read, and I had begun plotting my route into journalism. Staying at university was now a question where once it had bordered on a natural law. More than anything I just remember feeling stupid for going on a holiday at a time like that.

It’s been about two years since then and what strikes me most looking back on that period is how energised I felt to do something. I know I wasn’t alone among my friends. With one I’d planned to build a website to help aggregate news so people could stay better informed. I’d sent another some poetry which I secretly hoped might be some kind of cultural gauze. On Facebook I saw videos of LA and DC flooded with people protesting a leader they too thought as abhorrent as he was aberrant.

I’ve done my best to keep up with the news since then. Some of the hearings I’ve watched in full, some in highlights, others not at all. I’ve written articles and I’ve made timelines to get a better grip of who knew what and when. But I’ve also gotten two years further down the road. Two years further into my degree and two years closer to having to fend for myself in a world which seems colder than the one I’d been expecting to graduate into. I haven’t given up trying to keep up-to-date but I know a lot of people who have. I don’t judge them for it anymore, although I used to.

Yet despite all the stupidity, cruelty and dishonesty Trump has injected into the world, I’m still a lot more sanguine about his presidency than I thought I’d be at this point. I think it’s taught me to take other points of view seriously.

A good example of this is the decline of manufacturing. The answer before was simple: spend more on retraining programs and adult education. I didn’t know whether Obama was doing this, but I felt like he would agree with my diagnosis. I felt like Hillary would too, which is one of the reasons I supported her. But even on the eve of the election I had never really tried to consider what losing your job at a Dodge or Chrysler manufacturer must have felt like for any of the thousands of people who had lived through it. I had never forced myself to imagine what the modern economy must look like for someone who hadn’t finished high-school. It really did take a Trump victory for me to care.

The Trump era has taught me something which I do not think I would have come to otherwise: the importance of the reasoning behind the opinion. For me, politics was more tribal before Trump. Back then it wasn’t hard for me to know who to respect and who to deride. Think the 2006 tax cuts were a bad idea? We would have been good friends. Think African Americans shouldn’t be paid reparations? We wouldn’t have. That’s not true for me anymore. I now find myself appalled by how uninformed many liberals are and impressed by how much some conservatives know.

So was the election of an infant what shook me from my own infantile politics?

To be clear, I don’t think that Trump has been any less obscene or authoritarian than I expected him to be. His musing at the unfairness of press coverage hasn’t shocked me more now that he’s in office. His capacity for treachery is unsurprising, even when you consider his association with Michael Cohen. Trump is still the same 13th century Norman king that he’s been all along; unable to conceive of any duty beyond enriching himself and being praised.

I still support same-sex-marriage, legal marijuana, a strong welfare state, strict restrictions on guns, a compassionate policy towards refugees, the empowerment of minorities and most of the other staples of a good liberal’s political diet. But not all my friends do these days, and I’m much more OK with that than I used to be. If someone tells the right joke I’ll laugh, whether it’s about Caitlyn Jenner or Kylie Jenner. And if you tell me you would have voted for Trump, I’ll listen.

I’ll be going on another Summer trip when I’m back in Australia next week, with some old friends and some new ones. I’ll laugh and swim and sleep – all things I did the time before and the time before that. But I think this time I’ll do a little more listening too.