LSE issued limited guidance to cleaners regarding the ongoing coronavirus-related School closures during the initial days of the School shutdown, and some cleaners reportedly felt pressure to attend work despite pre-existing health complications, The Beaver has learned. In the early stages of LSE’s pandemic-linked closures, cleaners — those on the front-lines of LSE’s on-campus antiviral response, and those perhaps most exposed to viral transmission — were not kept informed on significant developments, such as campus or Library closures, or the confirmation of multiple COVID-19 cases within the LSE community. Instead, many staff learned of such developments from media reports, and cleaners continued to receive conflicting information from managers, including directions to work as usual despite the closure.

In a comment, the School said that “the COVID-19 pandemic is an unprecedented situation” and stressed that it has been closely following Public Health England guidance and keeping all students and staff regularly informed on developments. In addition to these communications, meetings were held between management and cleaning staff.

The allegations, collected by The Beaver through multiple conversations with campus cleaners and trade union representatives as well as electronic communications and audio recordings, represent the latest in a series of complaints raised by cleaning staff regarding a culture of ‘second-class’ treatment by the School. At present, campus cleaners have been asked to stay home, although a small number of cleaning staff continue to work hours as essential staff within halls of residence. The Beaver was unable to make contact with halls cleaners or their representatives, but an LSE spokesperson noted that these shifts were filled on a voluntary basis and said that cleaning staff which provide support services during the closure would receive additional compensation.

As the coronavirus pandemic continues to deepen its disruption of everyday life across the globe, LSE has been faced with a rapid-onset, rapidly-evolving situation and has not been able to develop a comprehensive policy to guide all aspects of workplace life. However, a number of cleaners complained that LSE’s inflexibility in the early days of the crisis put cleaning staff at substantial risk and did little to alleviate a perception, previously reported in this paper, that cleaners are seen as ‘second-class’ workers within the School.

In the initial days of the shutdown, LSE continued to treat self-isolation under its normal sick leave policy – which initially required staff to provide GP documentation – despite the fact that many NHS practices had closed routine appointments and the NHS 111 line was currently dealing only with emergency cases. In an electronic communication reviewed by The Beaver, a staff member informed management that they needed to self-isolate due to medical needs. In response, LSE informed the staff member that the “period of self-isolation will be recorded as a sickness absence, which (…) requires supporting documentation from your GP”. Other cleaners reported similar conversations with line managers. Such a requirement was subsequently withdrawn, as outlined in recent communications from the School to staff.

At least two staff members with significant pre-existing medical conditions told The Beaver that they continued to attend work until LSE suspended campus cleaning operations. Other cleaners felt uncomfortable approaching management about self-isolation in the first place: one cleaner explained that “some are too shy to go and disclose their medical conditions”. An LSE spokesperson said that a number of cleaning staff took up the invitation to speak with the Facilities team about concerns in the early stages of the outbreak.

Similarly, a lack of communication regarding sick pay in the initial days of the crisis led to some cleaners with pre-existing health conditions coming into work regardless of the risk. Such staff felt that self-isolation was effectively impossible if LSE was not able to guarantee that cleaners would be paid for overtime hours, which many cleaners rely upon for essential income.

In response to complaints by cleaners and engagement from union officials in weekly emergency joint-union meetings with LSE management, LSE has now agreed to deliver sick pay for both contracted hours, as well as the average weekly number of overtime hours worked by each cleaner so that staff do not experience a significant drop in salary.

In the days after LSE announced its suspension of teaching operations on March 12, The Beaver spoke to a number of LSE cleaners who indicated they had not received any information about the issue and were told to work as usual. When management did communicate with their staff, they often gave out conflicting and confusing information.  An LSE-wide email to all professional services staff, including cleaners, on March 12 had predicted that staff would still be on campus until March 23rd, but cleaners noted concerns about how different possible outcomes were communicated to staff.

Many cleaning staff members reported hearing about the coronavirus closure — and particularly about the two initially-confirmed cases at LSE — from mainstream media, causing significant anxiety. Many told The Beaver that they were left worrying about their job and their safety, and did not feel that the information had been clearly communicated, although an all-School email had been sent shortly after the cases were confirmed. LSE said that cleaning staff were advised in face-to-face meetings what the process would be to close the School, although The Beaver understands that there was significant confusion among staff members.

In a meeting held on March 18th, a week following the announcement that in-person teaching would be suspended from March 23, cleaning staff were told that they would be paid if they took time off due to COVID-19. Two days later, cleaners were told to take sick leave or paid vacation for social distancing.

As of 19 March, after the government had announced school closures due Friday 20th, cleaners had still not received any official guidance or information from LSE. They were told on 20 March to take all their belongings home but were not given a time frame in terms of when the school might close. An LSE spokesperson said that this was based on a misunderstanding communicated by a team leader, which was subsequently addressed in a March 20 team meeting with the Director of Facilities to advise on the process of closing the School.

In a meeting with supervisors, LSE confirmed that cleaners would still get paid even if the school closed down but seemed to offer little group guidance about cases relating to vulnerable people. Management asked supervisors to “come see us and we’ll see what we can do” about staff with caring duties for young children and the elderly as well as those with pre-existing medical conditions, providing solutions for individual cases but little collective instructions.

In a statement, an LSE spokesperson confirmed that LSE would pay its cleaning staff — as well as all other staff — sick pay or paid leave in the event of coronavirus-related absences should staff not be able to work from home during the government-imposed lockdown of non-essential movement. UNISON, the cleaners’ official trade union, also confirmed that joint-union negotiations had secured an agreement from LSE to pay cleaners for the average number of overtime hours worked, alleviating some concerns among cleaners who rely on such shifts. However, The Beaver understands that there continues to be confusion regarding how long these payments will be delivered for in the event of a protracted campus shut-down.

Cleaners have expressed once again the feeling of different treatment compared to other staff members. When the Library hours were adjusted from 10-4pm, cleaning staff explained that “the manager insisted we stay until 6pm to go to other buildings and work from there,” while other staff went home after the Library closed. With the change in Library opening times, night shift workers were instead asked to come into campus for morning shifts, in addition to the workers already scheduled to work those shifts.

Catering and most security staff were given updated rotas, leaving cleaners to represent the majority of staff left on campus. They were told to enter different buildings through the back door, and a member of staff reported that the amount of staff working within certain spaces went against the social distancing recommendations put forth by the School and the government. The Beaver understands that other staff, such as security, were given special schedules that ensured down-staffing and increased breaks. A skeleton staff of security workers remains on-campus.

“We’ve got an uphill battle with LSE for equality and they don’t seem to have empathy for cleaners whatsoever,” complained another cleaner.

An LSE spokesperson stressed that the majority of LSE staff are now working from home. Staff who cannot work from home, including cleaners, are not working but are being paid.

Further issues were reported in LSE’s provision of personal protective equipment, including disposable gloves and masks — issues that have been ongoing, but have been particularly highlighted by the ongoing public health crisis. While a UNISON representative explained to the paper that “[d]iscussions around the provision of PPE [personal protective equipment] are constant and ongoing,” staff expressed receiving very little information about special precautions in light of the coronavirus outbreak, beyond being shown a short video on hand-washing techniques. Traces of the virus can be transmitted from hard surfaces for multiple days, according to scientific tests. Workers who came into campus on 23 March, after LSE had announced a complete campus closure, to complete a deep cleaning and to close the last buildings said that they were provided no extra or special protection. An LSE spokesperson maintained that all cleaning staff received relevant guidelines and appropriate PPE. 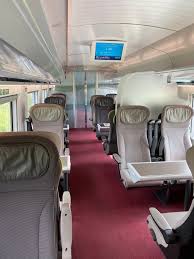 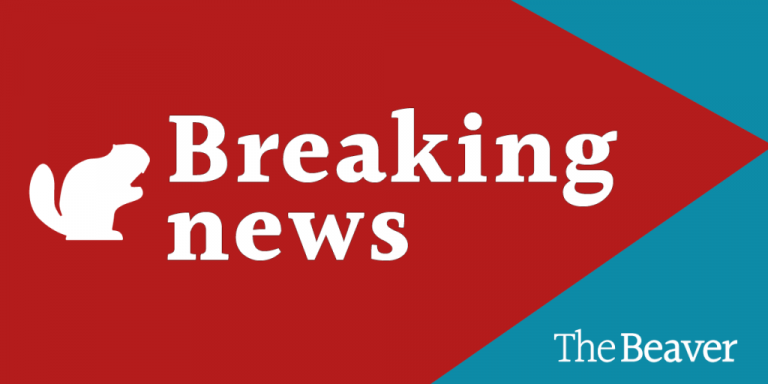 LSE to release ‘No-disadvantage policy’ based on whole-course grade adaption, extensions, and deferrals