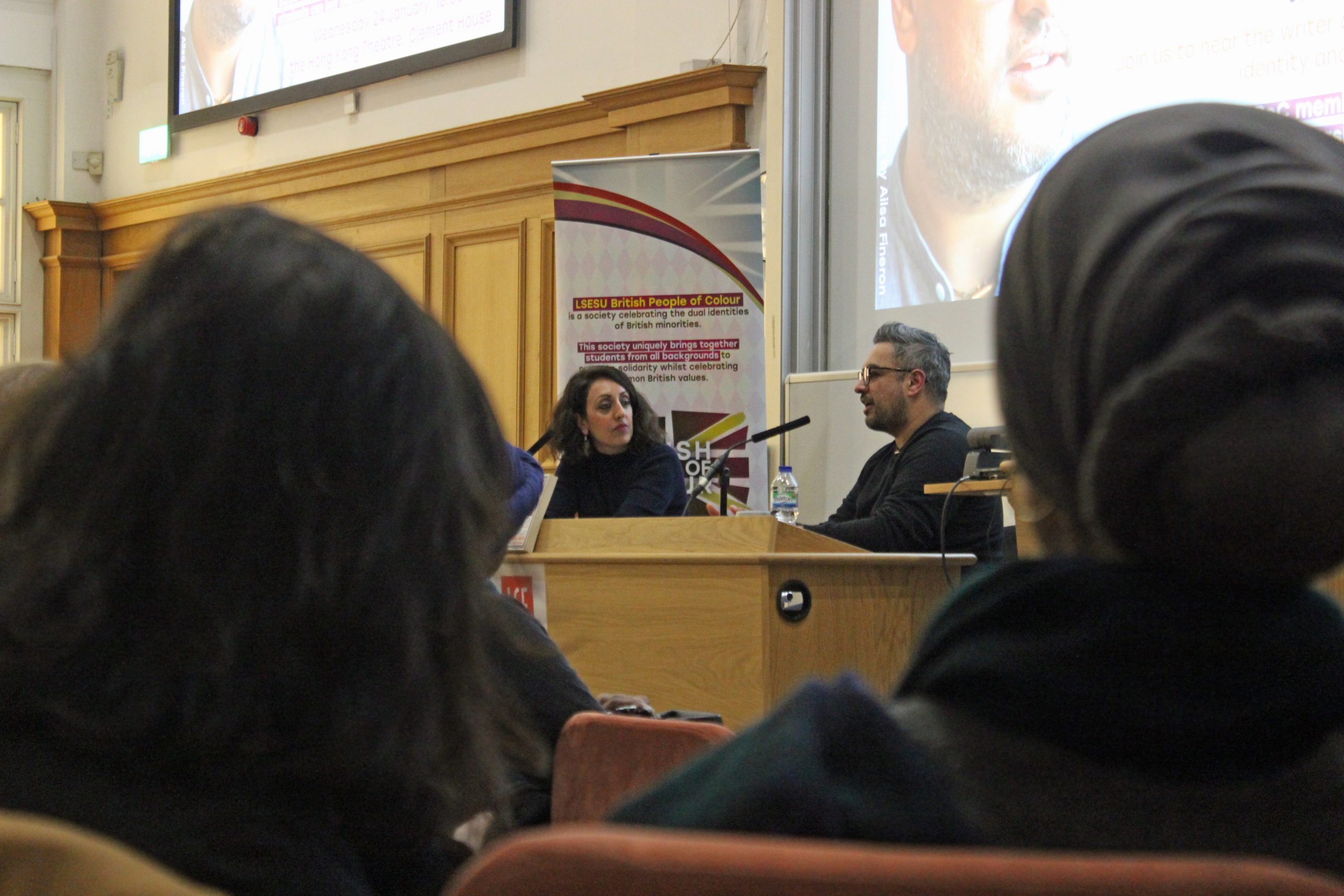 The LSE British People of Colour Society on Wednesday evening hosted Nikesh Shukla,  editor of ‘The Good Immigrant’, the influential collection of essays centred around the experiences of ethnic minorities in contemporary Britain.

The author of the crowdfunded 2016 anthology spoke to more than fifty BPOC members, LSE students and members of the public in the Hong Kong theatre, answering questions posed by sociology professor Tina Basi and the audience for almost two hours, before signing books. The occasion was part of the society’s “BPOC Unboxed” series of events.

Topics discussed included The Good Immigrant’s reception, Shukla’s current and future projects, and, of course, race in 2018. Shukla noted that, out of 156,000 new titles published in the UK in 2016, just one hundred were authored by British people of colour; only one was a debut by a black British male. Inspired by the work of American writers Claudia Rankine and Ta-Nehisi Coates, Shukla’s intention in compiling the book was to “do something productive, that wasn’t moaning on Twitter.”

But even he was surprised by the scale of the book’s success: Shukla is now working on a series of academic compilations – The Good Journal – which will go beyond the scope of The Good Immigrant’s twenty-one essays, publishing quarterly.

It hasn’t all been plain sailing for the author since publishing, however. Shukla claimed parts of the exhaustive book tour in the Autumn of 2016 were “depressing”, as he became disillusioned with some white questioners’ ignorance regarding race.

His father, the victim of a near-fatal attack by a member of the National Front in the 1980s, warned Shukla against being so vocal. For the first time in his life, Shukla admitted, he began to see why British minority parents and grandparents had opted for quiet assimilation for so long.

Dr Basi asked the editor’s reaction when he read the first submission to the anthology, Coco Khan’s essay on dating as a person of colour. Shukla replied modestly that he felt it “groundbreaking in a way it shouldn’t be.”

BPOC, which set up at the beginning of the last academic year, claims to fight the “inevitable tendency of segregation” among nation-based societies, according to President Tania Ahmed. Shukla thanked society members for their work, and congratulated them for the success of their event.