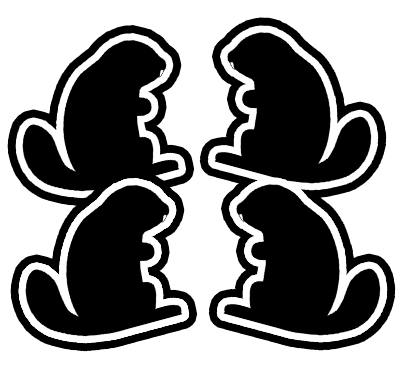 The Beaver, LSE’s official newspaper and student publication, has now been around for more than half a decade. Since its creation in 1949, it has seen numerous generations of ambitious student writers and editors join its ranks. Year by year, students have gone through the media center, asking themselves similar questions: What makes an event newsworthy? Which are the best stories to cover? Where is the best place at LSE to get trustworthy information from? On this special edition focused on journalism, The Beaver looks at past student writers who have pursued careers in media and journalism.

Molly Blackall, recent LSE graduate and last year’s Comment Editor was an intern at The Telegraph and the Daily Mirror. She took the time to tell The Beaver how writing for LSE’s student publication paved the way into her career as a freelance journalist. ‘‘The Beaver gave me my first introduction to journalism – my first taste of finding stories, editing articles, and learning how news went from an idea to a print page. Alongside the workers rights campaigns I was involved with on campus, and learning of the remarkable impact journalists had in challenging power abuses all over the world, The Beaver was one of most important factors in my realisation that journalism was something I wanted to dedicate my life to,’’ she said.

“Perhaps most importantly, it provided my first bit of actual journalistic experience, which in turn opened a number of doors. Journalism is incredibly difficult to get into, and everything seems to require experience first, which ends up being a vicious cycle when you’re trying to get your foot in the door. Having some experience on the student newspaper helped me get my first work experience placement at a local paper, which then helped me get to a national. It provides one of the rare leg-ups in this industry,” Blackall told The Beaver. Today, she’s pursuing a Masters degree in Journalism at City, University of London, whilst writing for The Guardian.

Taryana Odayar, The Beaver’s former executive editor in 2016 and Features Editor in 2015, created an interview section and redesigned the paper’s website. During her time at The Beaver, Taryana interviewed presidential candidates, high profile artists and Julia Gillard, Australia’s first female prime minister. After graduating from the school with a a BSc in Politics and Philosophy, she pursued a MSc in journalism at Columbia, and works today as a Power Finance & Risk Reporter. She recently interviewed Prashant Rao, former Deputy Europe Business Editor at the New York Times and today Global Editor at The Atlantic.

Older Alumni count amongst them Members of Parliament, such as Richard Bacon, former Executive Editor, established journalists and authors. Justin Webb, a British journalist at the BBC, past main co-presenter of one the BBC’s News programs and writer for the Radio Times made his début as a student editor here at LSE. Stephen Kelly, former contributor to the Beaver, is now a freelance culture journalist and has published articles in The Guardian, The Telegraph, Wired. Ekow Eshun, former editor for both the Features and Arts section, who pursued a BSc in Politics & History at LSE, has worked as the editor of several magazines including Tank, Arena and Mined. He became the Artistic Director of the Institute of Contemporary Arts between 2005 and 2010 and was a regular contributor to BBC Radio art programs. His memoir, Black Gold of the Sun: Searching for Home in England and Africa was published in 2005.