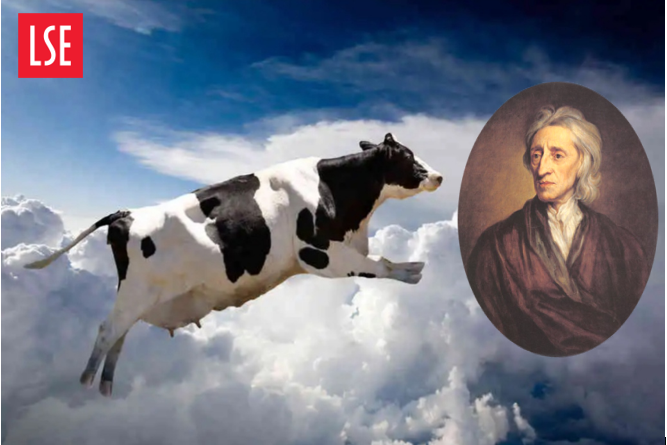 Banning beef was a democratic vote. Respect it, or otherwise seek to oppose it through democratic means.

The recent so-called “beef ban” has raised concerns among sections of the student population about a “woke clique” imposing its views on the rest of the LSE community. Without a doubt, there is an argument to be had about the morality of animal agriculture. However, I wish to refrain from commenting on this matter here. Rather, the saga appears to go to the heart of what it means to engage in student democracy on campus.

It would seem uncontroversial to suggest that the institution of the UGM, whatever its flaws may be in practice, exists to empower students to collectively decide on the policies that the SU should pursue to shape the School as a common environment. This is, no doubt, why many critics of the “beef ban” have been quick to praise the other two motions passed on the same day.

If the critics’ opposition to the beef ban stems from its effect on individual choice, their praise for the other motions seems, frankly, inconsistent. For instance, the motion on the improvement of LSE mental health services calls for a  change to the current culture “that causes the deterioration of staff and student well-being”. The motion calls for a change that would affect also those who might not subscribe to the motion’s aims. Surely, it would be possible for motion’s signatories to lead a change in culture and see how many people want to follow? If enough people decided to join them, an aggregation of these individual preferences would have, eventually, led to an overall change in culture. Yet, their decision to pursue a more radical course of action has been met with praise from all sides.

The SU constitution already regulates what motions can be submitted and, by extension, voted on and voted through. For instance, the democracy committee reserves the right to disallow motions that would go against the SU’s bye-Laws. The problem with overregulating democratic action, though, is that it inhibits collective decision-making and leads to a hollowed-out, de-democratised environment in which the common space is shaped by an aggregation of individual preferences. Indeed, I would argue that this ‘democracy-in-name-only’ does not correspond to the notion of “democracy” as generally understood in the SU’s constitution or, in fact, amongst LSE students.

Finally, I wish to address two points that have been raised against the “beef ban”. First, it has been suggested by some that for a motion to pass with 243 votes, especially if its impacts are potentially far-reaching, is absurd. I am inclined to agree. However, this criticism should be directed at the SU, not the students who have put forward the motion. It is open to such critics to move to amend the SU’s constitution to, for example, increase the required quoracy for a motion to pass. Whether it should take 243, 1,000 or 5,000 students to ban beef on LSE’s campus is a debate to be had. However, this critique is a critique of the process, not of the principle that students should collectively have the power to shape their environment (e.g., through banning beef). The other argument raised against the beef ban is that its outcome will adversely affect people who (mainly for health reasons) cannot pursue a vegan/vegetarian lifestyle. However, this does not seem enough to inspire outcry. Had the motion attempted to implement fully vegan menus across LSE’s campus, an argument could no doubt be made that such measure should be blocked or at least mitigated in the interests of those for whom it would cause severe inconvenience. As it stands, however, the motion has merely banned beef. It escapes me how anyone’s health condition would necessitate their consumption of beef on LSE’s campus (bearing in mind that they can still eat any non-beef products on campus, and any products off campus).

As per the SU’s constitution, the beef ban has a democratic (albeit questionable) mandate. Any attempt to undermine or overturn the motion solely on its merits (as opposed to its unpopularity) would be to question the SU’s democratic processes; a debate about the merits of the motion was due before the voting. The beauty of democracy, however, is that it remains (and must remain) open to critics of the “beef ban” to organise and attempt, through democratic means, to cancel the effects of the motion. Their efforts, no doubt, will be frustrated by those who believe in banning beef from LSE’s campus. If we stay true to democratic principles, the end result will depend on which camp can amass greater support for its cause. In a democracy, the outcome is never certain in advance. Let’s make sure we keep it that way.