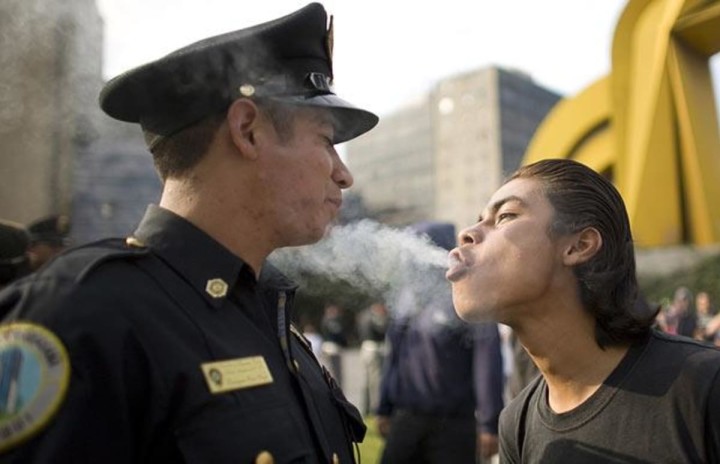 Comment: The last man standing in the War on Drugs

In response to ‘Green Beast: LSE Should Stigmatize, Not Normalise Marijuana Use’, published online 01/02/2020: a piece arguing that the negative psychological effects of marijuana require a rethink of the current trend of normalising the drug.

I work in the Ministry of Justice and am close to drugs policy. I assure you that policymakers know that criminalisation does not lead to an obedient and deterred public, nor does ‘stigma’.

On stigma: punitive policy is one position a government can take, but to advocate for ‘stigma’ is just illogical. How does one ‘promote’ stigma? Unless the author means stigma via pure punitive policy.

This should have, had the author had any clout, been a more rigorous article proving that punitive policy works. It should have also gestured to the wide gamut of cannabis users and smokers who engage with the drug in extremely disparate ways.

The author, crucially, ignores any outside factors that may cause people to become addicted to the escapism cannabis presents. The author seems to be writing about some suspended fairy-tale land where cannabis doesn’t represent an ideal escape from increasingly precarious times, nor does the author explain the differences between different strains of cannabis, which can have massively different effects.

In fact, the author has crafted an article based on extreme cases of injury in which cannabis was a factor, a sentimental anecdote, and “tunnel vision”.

Many athletes smoke weed. I doubt that the author’s friends didn’t represent Britain because they passed the doobie – it is wrong to draw arboreal chains of logic between smoking cannabis and “X”.

I despise the sensation of smoking cannabis because I react strangely to drugs. It’s not for me. But most people I know enjoy it. Most of my professors and lecturers do.

If one is going to call for further criminalisation of weed, do so too for alcohol: alcohol causes more deaths, broken families, mental health issues, and scenes of public disorder than marijuana.

The original article lacks depth, evidence, due diligence, and rigour. In the words of Shirley Bassey when referring to Tina Turner: “She doesn’t have the range”, and sir, neither do you.

A more mature position would be that the regulation of marijuana and the production of safe strains and the medicalisation of other strains for specific purposes, along with increased funding into drug rehabilitation services, communities, mental health services, and education, so that: people have other things to do instead of needing to smoke, weed use doesn’t need to compound mental health issues, people aren’t smoking fucked-up super strains of skunk, and are fully aware of the risks.

And here, all you offer us is a reactionary tale we’ve heard for decades. The war on drugs failed. You are the last man standing. While those of us working in policy grapple with this, you keep on writing. And so on.