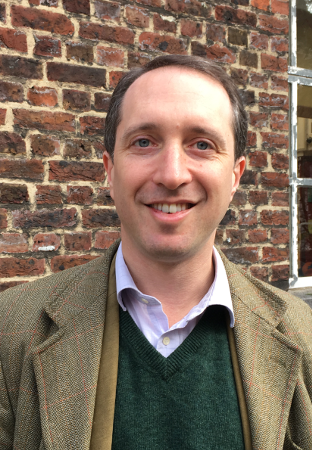 This article is part of a series of articles that appear in our December 10 print edition under the subheading “Small parties, big ideas. We sit down with the insurgent parties trying to upset the Labour incumbent.” You can also check out our interviews with the Brexit Party, Socialist Equality Party, and Green Party candidates.

The Beaver initially meets Matthew Kirk, the Liberal Democrats’ candidate for parliament in Holborn and St Pancras, in LSE’s Shaw Cafe. This is familiar ground for Kirk, having worked as a barrister directly across the road for decades.

Mutually concluding that the music playing at surprising volume in the Shaw – Darc Marc’s 150-bpm techno rager “Dirty Rocking Bass” – is perhaps not the most conducive background to an interview, we soon take refuge on the ground floor of the New Academic Building, where Kirk begins outlining his top electoral priorities.

“The number one issue of this election is to stop Brexit. It’s number one partly because it’s the most pressing question of the day, but also because it defines what’s the sort of country that I want to live in, and that I can only imagine most students want to live in as well – optimistic, outward looking, and engaged with the world.”

To anyone paying attention to the Liberal Democrats’ campaign in the current election, this admission comes as no surprise. Rather than supporting a second referendum in the mold of Labour, the Liberal Democrats have controversially embraced a policy of outright revocation of Article 50, putting an immediate stop to Brexit without a direct public vote.

For Kirk, a lifelong campaigner for deeper European integration, stopping Brexit is an absolute necessity. Almost all of the economic and social issues currently facing the UK, he claims, see their solutions in Europe. In his eyes, the NHS’s current staffing crisis has developed “partially because we have made doctors and nurses from other parts of the European Union feel unwelcome”, while UK universities would fall behind “if they are no longer at the forefront of European and world research projects.” Public services are bound to degrade even further, he suggests, “if we choose to make ourselves poorer to the tune of £50 billion.”

When asked what the Liberal Democrats may have to offer a Leave voter, Kirk is unequivocal.

“We have very little to offer Leavers. There’s been a lot of discussion about our policy to simply revoke [article 50] if we got an absolute majority. It is for me a perfectly proper democratic answer to the referendum, because we are utterly honest that we are a Remain party, appealing to Remainers.”

Long before it redefined itself as the party of Remain, electoral reform was the permanent flagship policy of the Liberal Democrats.

During their time in government alongside the Conservatives, they finally secured a referendum on this question – only to lose dramatically with close to 70% of the vote against. Despite this crushing defeat, Kirk is optimistic about the potential for electoral change in the UK. “The level of public awareness that FPTP [first past the post] has failed is on a totally different scale to anything that I remember or have read about,” he proclaims, visibly excited. “There were reasonable arguments for FPTP once upon a time, but there’s a widespread feeling on most doorsteps that those arguments have collapsed.”

Far from being solely a third party concern anymore, he suggests that even the two dominant parties may soon be in favour of reform.

“Everybody knows the extent of tactical voting, and at this point both the Tories and Labour are gatherings of people who hate each other. It’s a bit of an Adrian Mole type situation,” he says, referring to Sue Townsend’s popular British book series – “they would split if they could decide who got the name. So, appetite for electoral reform: massive. Probability of it actually happening: better than it’s been for as long time.”

Much like their two largest competitors, the Liberal Democrats’ local campaigning in this election has come under substantial scrutiny amid accusations of dishonesty. A number of LSE students observed to The Beaver that they had received Liberal Democrat pamphlets misleadingly designed to look like newspapers – one, circulated in the constituency of Vauxhall under the name Lambeth News, failed to mention anywhere that it was a partisan publication, its status as such only betrayed by its biased content.

“Oh, you’re about to ask about bar charts, aren’t you,” Kirk laughs as this subject is broached. “I can feel it coming.”

The use (or misuse) of bar charts in electoral pamphlets, many of which were drawn with false proportions or suspect data, have formed possibly the most controversial aspect of these local campaigns. On this point, Kirk defends the party’s choices.

“Look, using tabloids has been done extensively by every major party for decades. If you go to the Guardian article that kicked up this storm in the first place, it quietly says everybody’s been doing that and always has, but here we are. As for the bar charts, they are an issue, but those that appear on my material use academic projections of the European vote in Holborn and St Pancras, which are actually less favourable to us than the direct European election vote in the constituency. It’s a real chart showing real change, and Labour don’t look as far ahead as it has been in the past.”

Even if the constituency’s allegiances have started to shift, the Liberal Democrats face an uphill struggle – no non-Labour candidate has ever won in Holborn and St Pancras, and local MP Sir Keir Starmer ranks as one of the party’s most personally popular politicians. Just how successful they and Kirk are in this endeavour been will be evident by the end of the week.