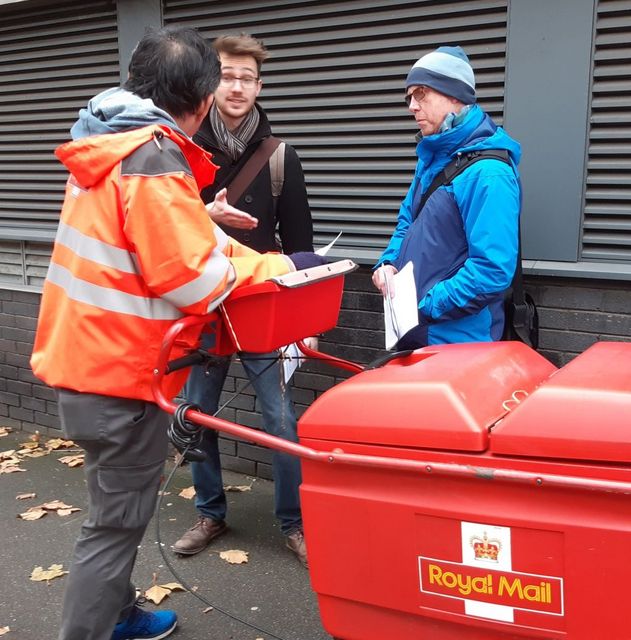 This article is part of a series of articles that appear in our December 10 print edition under the subheading “Small parties, big ideas. We sit down with the insurgent parties trying to upset the Labour incumbent.” You can also check out our interviews with the Brexit Party, Liberal Democrat, and Green Party candidates.

Like many things in London, the precise closing time of Lincoln’s Inn Fields – cryptically signposted as ‘dusk’ – is possibly subject to arcane tradition, but definitely confusing. The Beaver’s interview with Thomas Scripps, the Socialist Equality Party’s candidate for Holborn and St Pancras, begins with our being evicted from Fields to the steps of the New Academic Building, where we talked Brexit, worker’s strikes, and being to the left of Labour (don’t tell the Daily Mail!).

Scripps, 24, may be the youngest candidate in the race, but he knows the area well: he completed his undergraduate degree at UCL before moving over to King’s for a masters in modern history. Hol- born and St Pancras is, as he explains it, a fascinating portrait of London’s contrasts: the area lies in close proximity to centres of financial and political power in City and Westminster, yet hosts one of the highest numbers of rough sleepers in the country. “Cheek-by- jowl levels of extravagant wealth and extreme poverty” characterise London as well as his district, he says, noting that the gap in life expectancy between the richest and poorest people in the constituency is nearly twenty years.

Scripps is one of just three candidates in the UK standing for the Socialist Equality Party, a Trotsky- ist outfit affiliated with the International Committee of the Fourth International, a global network of affiliated Socialist Equality Parties. The party last ran in this district in the 2015 general election, where it won 108 votes. This time around, all three candidates are running in overwhelmingly safe Labour seats, and Scripps is realistic about his chances. “We’re not going to overturn Keir Starmer’s [30,000-plus] seat majority,” he explains, but argues that a vote for the SEP will draw attention to key issues on the party’s platform: among them, their objection to the continued detention of Wikileaks founder Julian Assange at HMP Belmarsh and their support for a ‘United Socialist States of Europe’ as an alternative to the current neoliberal European Union. Scripps pointed to the European Union’s “viciously anti-migrant policies” and moves towards a European army as evidence that the EU is not working in the interests of the Left or working people. Scripps agrees with those who back Remain out of a sense of European solidarity, but says that they’re going about it the wrong way; what is needed for true solidarity is a “fundamental transformation of society”.

On the EU, Scripps seems to delight in a position which, in its ability to anger both sides, might be a rare source of unity between the more typical wings of the debate. In 2016, the party supported an ‘active boycott’ of the referendum; today, they urge supporters to “make a conscious political choice to reject” what the party sees as a “false dichotomy” between the two “equally reactionary wings of the Brexit debate.” He explains that, while the initial Brexit push emerged from the left and was a position that the SEP could get behind, the Leave campaign “was so blindingly and dominantly right-wing” that the SEP has instead crafted a position which is best summed up by its manifesto pledge: “No to Brexit, No to the EU.” What does an ‘active boycott’ hope to achieve, exactly? Scripps points to airline strikes earlier in the summer as evidence of trans-national, pan-European working class solidarity beyond the neoliberal institutions of the EU. “It immediately raises the question of an international unified offensive. Because these companies operate across continents and across the world, they are able to play sections of the workforce against each other. Hence you need international struggle. It is out of that international solidarity in a left-wing direction that we think you can build a genuine, unified Europe.”

While his characterization of the Leave and Remain factions as “equally reactionary” may be hyperbolic, Scripps is concerned that a potential Labour government will bow to the pressure of its “Blairite right-wing”, and hopes that the SEP can play a role in pushing the conversation to the left. Already, Scripps said, Corbyn’s manifesto “is offering what he thinks British capitalism is prepared to give, which is not much given the scale of the social crisis. But even then, even thinking that he can get that much, is wrong.” British voters might do well to be skeptical of Labour, in his view, given their history as “the party of [war in] Iraq, privatization, and the origins of austerity.” As more recent concerns, he cites Corbyn’s retreat on his previous anti-NATO position, the role of Labour councils in imposing Tory austerity, and Labour’s treatment of accusations of institutional anti-Semitism – accusations which were, in his party’s view, “totally baseless, and allowed his key supporters to be expelled through that smear campaign, rather than offering a strong defense of the left-wing’s historic role in combating anti-Semitism.” Anti-Tory sentiment is understandable – “we’ve got to get rid of this government, because it’s hurting us,” – but some of Scripps’ most productive canvassing conversations during this cycle have been with Labour voters, supporters, and staffers. They tend to “agree with many of the criticisms we’re making with how the party is run” and although they “might be voting Labour in this election,” Scripps hopes that they will continue to engage with the SEP and their arguments in the future. In this sentiment, the SEP’s clearest conception of electoralism emerges: seeking to target not individual seats themselves (which tend to be unassailably Labour), but rather to inject the political discourse with a Socialist perspective on a clear set of wedge issues.

After all, much of the work that Scripps talks about is beyond the realm of electoral politics. From the ongoing university strike action across the constituency, to the upcoming Southern Rail strikes, and the ill-fated Royal Mail strikes (quashed by a “highly undemocratic High Court injunction”), to Scripps, politics seems to be negotiated more successfully on the streets than in Parliament. Students are natural allies in this fight: the state education sector has been one of the hardest hit by austerity, and students suffer when taught by increasingly precarious workforces. Far from being a site of learning, universities have been transformed into a “marketplace for high price-tag students and property speculation,” to the detriment of actual learning. Building a mass-socialist movement doesn’t happen overnight, but Scripps is optimistic. “Arguments on the streets play a role, but so do the experiences of objective events. The events in Britain over the next few years will produce the sort of events that we’re seeing across the world, in terms of the protests in Chile, Haiti and Puerto Rico, and even in Iraq. Mass protests which are diverse in every fact except for their unifying cause: an opposition to social inequality and the authoritarianism which comes along with it. And we’ve got dibs on the name Socialist Equality Party.”

Learn more about the SEP at their website, wsws.org.