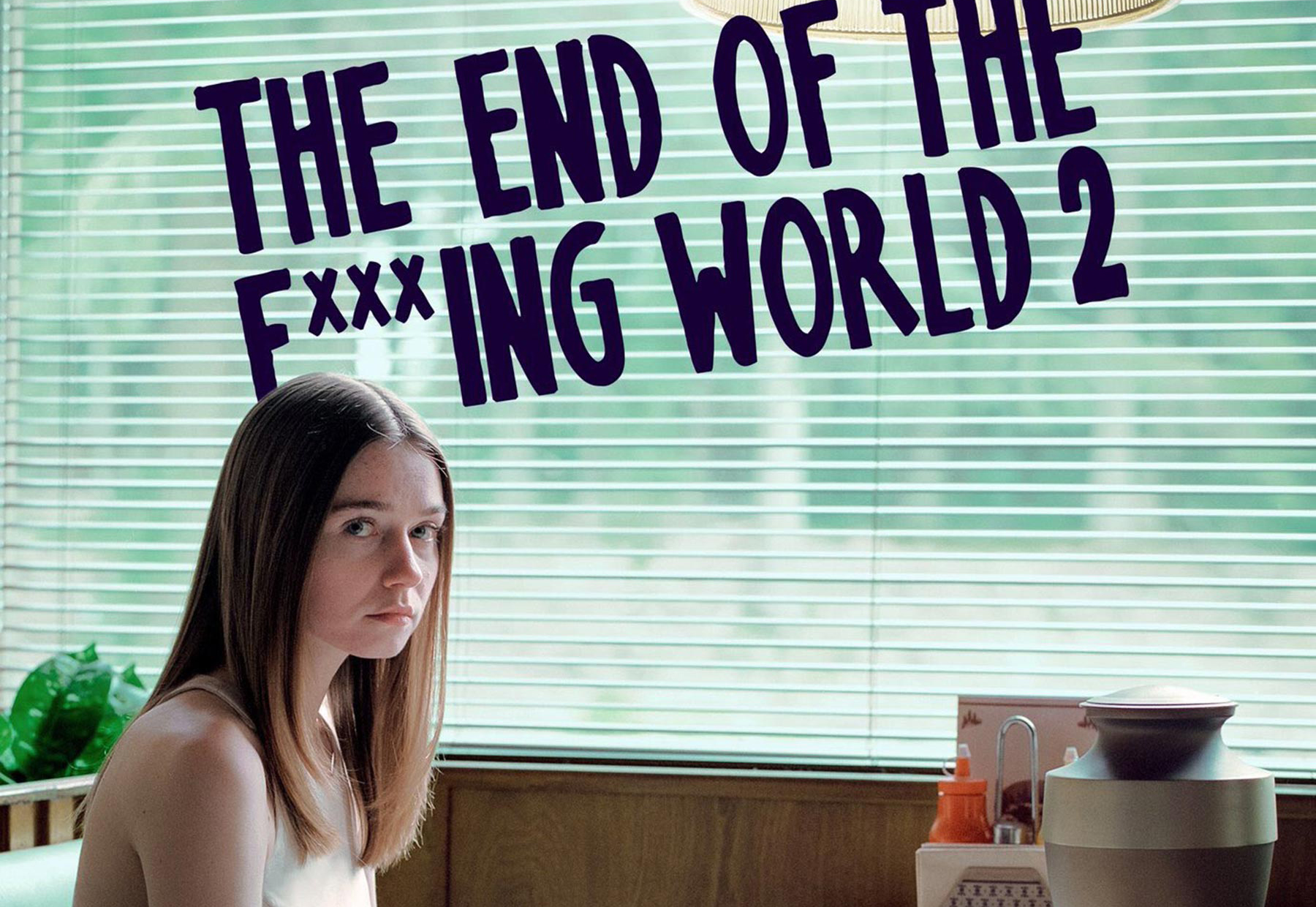 It’s not enough to say that being a teenager is awful and end the conversation there. Charlie Covell, creator of End of the F***ing World, thinks so too.

Before I go any further: there are spoilers in this review, so if you haven’t watched season 2 yet, proceed with caution.

Alyssa (Jessica Barden) and James (Alex Lawther) (SURPRISE, I told you.) return in the second season of this bleak drama, re-uniting to confront their turmoil after fleeing home in season 1. Back with its characteristic dark humour and reflections on existence, the show is just as irresistible as before.

This time the spotlight is on Alyssa, it is her character which undergoes significant changes, as she grapples with the aftermath of the previous season. Barden conveys her grief beautifully, a jarring contrast to the Alyssa who felt everything too much. Conversely, James strives to resolve his relationship with her. Gone is the spectre of the psychopath; Lawther is incredibly endearing throughout.

Bonnie (Naomi Ackie) is the new threat, but despite giving a powerful performance, she seems under-utilised. There is no adequate conclusion to the emptiness inside her; she doesn’t develop a strong connection with our duo either. She deserved to be treated better by the show.

Season 2’s soundtrack is a worthy sequel: you bob your head along as things fall apart very quickly. The narrative structure is almost identical to season one. There are stand-ins for characters from season one, be it the kind shop assistant, the sexual predator, or the policeman. However, the show focuses resolutely on the three main characters, dwelling less on the failure of surrounding adults to help them. Elements such as abuse, absent parents, and crime (be it murder or stealing a car) make a comeback. You feel a sense of déjà vu: our protagonists have been on a similar journey before— except that now, it won’t be the end of the f***ing world.

At times, this season feels like a diluted version of the previous one, shining in its reflected glory. It is somehow less urgent,  more interested in acceptance than rebellion, there is less at stake. However, it retains the magic of the previous season, uplifted by wonderful performances from Lawther and Barden.

Ultimately, season 2 shows our characters finding their place in the world instead of just being subjected to its cruelty. It gives them and their love story a kinder resolution.