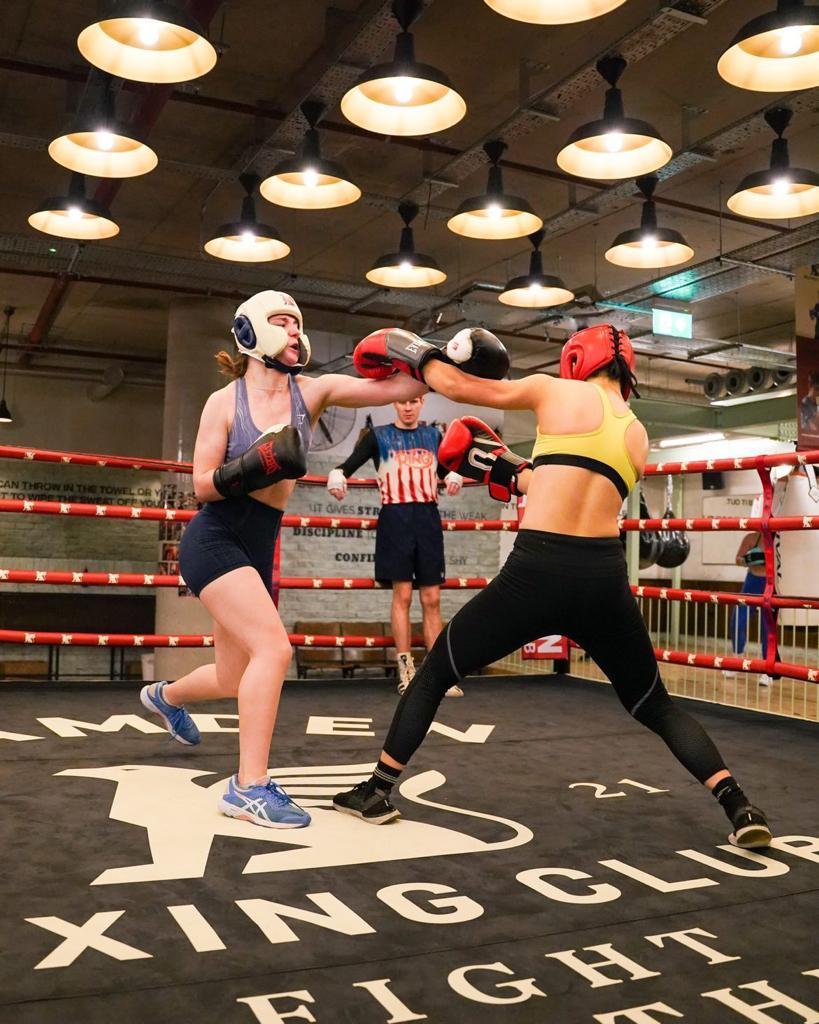 Fight Night: everything you need to know

The AU’s Fight Night, one of the most anticipated sporting events at LSE, will happen on Wednesday 23 March at the York Hall in Bethnal Green. Around 1500 spectators are expected as LSE students fight to win. Two teams will face each other: the red team, captained by Abu Miah; and the blue team, captained by Phil Saunes. Fighters will represent both LSE Boxing and other clubs of the Athletics Union, with some of the participants having never boxed before and most having never had a fight. Competitors and reserves have been training since January, with three sparring sessions and two additional technical training sessions each week.

As for the fight rules, amateur and non-amateur fights are scored a bit differently, with amateur boxing being judged on a point system in which the boxer throwing and landing the most punches usually scores more points. Be sure to look out for who is dominating the movement in the ring and setting the tempo, who is defending the shots, and who is throwing clean punches! For those who are attending the event but are unfamiliar with the rules of boxing, here are some basics that the coaches shared with The Beaver:

Fight Night from the coaches’ perspective

Lewis, Abu, Phil, Timothy, and Grace are the coaches for Fight Night. They all shared with The Beaver their thoughts about the run-up to the event.

Lewis Fattahi has been the head coach of LSE Boxing for four years and is in charge of preparing fighters for Fight Night. He explained that preparation was very intense as all the fighters need to be prepared for anything coming their way. “It’s great to see how all the fighters involved in Fight Night progressed and learned how to box over the last six months. The event is very exciting because everyone has had the same amount of training and it’s all about who performs better on the night,” Lewis told The Beaver.

Abu Miah, a final-year Economics student, is looking forward to being in the red corner the whole night, coaching his fighters through their rounds. “Fight Night is the biggest AU event of the year for a reason – the atmosphere of York Hall is amazing and getting to compete at the home of British amateur boxing is a great opportunity,” he explained. Phil, a third-year Economic History with Economics student, will be in the blue corner. “I took on the role of coach because I love teaching the skills I have learnt over the years,” he said. Phil described boxing as a hugely challenging sport but also the most rewarding: “It taps deep into who you are as a person and teaches you values that you’ll have for life.”

“The chance to showcase their skill and commitment in front of a thousand of their friends and fans is something they’ll remember for the rest of their lives. Being a small part of that is hugely rewarding, and something I’ll cherish,” added Timothy Higgins, an MSc International Political Economy student. He is one of the most experienced members of the club and has been helping the newer fighters learn boxing mechanics and tactics. “Fight Night is really a world class university-level boxing event and the exec committee letting me play a role in it is a highlight of my time at LSE,” he commented.

Grace Oswald, a second-year Mathematics and Economics student, is another of the coaches of Fight Night as well as LSE Boxing’s secretary: “This event will be the first since Covid, and the whole boxing club has put in a huge effort to make the night special. Our boxers have been training super hard and will be giving it their all next Wednesday.” Grace got involved with Fight Night because of her passion for the sport: “It sounds cheesy, but I truly believe it is a sport that has the power to transform lives.”

The team is excited to be back with Fight Night after Covid disruption. “It was a big loss having to miss out on Fight Night last year after competing in it myself in 2020,” Abu told The Beaver. Grace agrees with him and mentioned that boxing is certainly a sport that has struggled more than most through Covid, and as a boxer, it is easy to lose motivation without the prospect of a fight. “Every step back towards normal life is a win,” added Timothy. Abu still remembers the sound of the crowd when he was in the ring two years ago and concluded: “I can’t wait to feel that vibe again.”

Here is the list of participants – good luck to everyone!