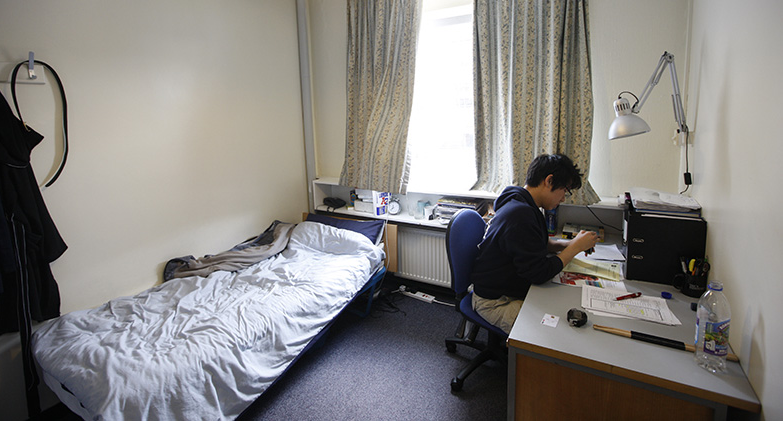 For some students, online shift brings inequality into spotlight

For many LSE students, getting accustomed to the ‘new normal’ of leading their daily lives from home under quarantine has proven difficult. Some students say that these changes have introduced new challenges not faced by many of their peers, complicating the School’s efforts to introduce fairness in upcoming assessments.

On a normal Tuesday in-term, Sadia* wakes up to her 10:00 a.m. alarm, taking an easy start and heading into campus in time for a seminar later that afternoon. But last week, with many students returning home and transitioning to online classes, started differently: preparing breakfast for her two school-aged siblings, for whom she became the primary carer after family difficulties left them displaced, and a nation-wide school shutdown left her responsible for their cooking, cleaning, and homework. Sadia, a second-year student studying a humanities degree, is not alone: many LSE students face significant hardships in their home lives, which have been magnified as students have taken up studying and preparing for exams at home.

Some students returned home voluntarily, spending hundreds of pounds to flee the city or country under the threat of a widespread lockdown. Other students had little choice: Mary, another second-year student, was informed by LSE that it would be indefinitely cancelling her work shifts as a Student Ambassador without pay. Unable to afford London’s high cost of living without this essential income, she reluctantly returned home, entering a situation in which she is expected to take on significant duties to care for a parent suffering from cancer.

As the School community begins to settle into life at home, a number of students told The Beaver that they face significant pressure in their lives at home, impacting their ability to maintain the normal expectations of a university degree and the upcoming assessment period. Interviews with nearly two dozen undergraduate and postgraduate students revealed a picture of varied inequalities which are not easily alleviated by the financial or practical support promised by School authorities, particularly when many students say that they are under significant mental and material duress which complicates their ability to make structured plans for the coming months.

Some inequalities have been more visible than others. As classes reconvene on Zoom, images of difference are broadcast around the world in high-definition: the cramped, communal living spaces occupied by some students contrast sharply with the multi-million pound homes which form the backdrop for others.

Others are less apparent. Some students reported being unable or unwilling to return home at all due to abusive family situations, and others said that volatile family situations meant that it was difficult to follow safe self-isolation guidelines because it was not always possible to remain at home. One second-year student said that returning to difficult family circumstances under quarantine had significantly worsened their anxiety, while multiple other students spoke of the stress of taking on significant care duties for siblings, parents, or community members.

One third-year student said that the sudden onset of care duties for younger siblings and elders, coupled with the stress of losing employment, had significantly damaged their wellbeing and mental health and felt that LSE had provided little support to students facing similar situations. The student, who requested to remain nameless, said that “policies need to be put in place to protect students and their mental health and financial stability”. A postgraduate student who had left London to care for their parents said “I wish I could concentrate on my uni work but it’s just become my last priority right now,” speaking of the financial impossibility of deferring assessment to a later date.

A number of students related to The Beaver the detrimental mental health impacts of prolonged quarantine. A second-year student said that they had “lost a sense of purpose” and motivation given the disorientation and unclear length of the lockdown. A third-year student spoke of the compounding effect of the lockdown and home responsibilities on their exam stress and anxiety: “[I] still needed to get another 2:1 to get one overall. I was confident before, however I am now not so sure.” Another third-year was more direct: “I can’t focus on anything, especially not academia. LSE should cancel all deadlines and exams.”

Multiple international students said that they had been unable to return home after their home countries closed their borders, and spoke of the significant loneliness, disorientation, and anxiety of weathering a global pandemic thousands of miles away from family. At least 1,000 students remained officially resident in LSE halls as of March 31st, according to an LSE spokesperson, although it was not immediately clear how many of these students were day-to-day residents in their student accommodation because not all students chose to relinquish their Summer Term housing.

For some, the pandemic delayed significant life changes, adding to the mental duress of a global lockdown. One recently graduated Masters’ student, who is transgender, told The Beaver that their long-scheduled top surgery had been cancelled due to the pandemic: “I feel like I can’t even be mad or sad because it’s not a ‘life-saving’ surgery and my hospital bed could be used for Covid patients.”

The university and the LSESU have taken steps to address issues presented by the pandemic, including greater exam flexibility and signposting hardship support. Responding to a recent student petition calling for temporary academic regulations during the crisis, including a ‘universal-pass opt-out’ and non-detriment system, LSE Pro-Director for Education Professor Dilly Fung said that LSE’s previously-announced examination policies are meant to accommodate differential personal situations, including through extended submission windows and an expanded deferral and exceptional circumstances policy.

Under the School’s Extension, Deferral, and Exceptional Circumstances Policies, LSE considers a range of home life situations as rendering a student ‘unfit’ for assessment, including but not limited to “concerns about an unwell family member, caring responsibilities, or lack of technical resources to complete an online assessment.” Under these policies, students facing home life difficulties are eligible for extensions of up to 50% of the concerned assessment period, and serious circumstances which emerge  during assessment periods are deemed valid Exceptional Circumstances to be considered by exam boards alongside assessments.

LSE has also announced that all requests to defer assessment to the late-summer In-year Resit and Deferred Assessment Period (IRDAP) will be automatically accepted, and that it would work with students who choose to defer their assessments beyond this period. However, The Beaver understands that deferral past the 2020 IRDAP is not possible for many students holding Tier 4 visas, who are unable to receive visa extensions to accommodate exam deferrals under current UK Visas and Immigration (UKVI) guidance. LSE has not yet said whether deferral with repeat teaching will be available to postgraduate students.

Yet a number of students told The Beaver that LSE’s current regulations do not go far enough in alleviating the mental or home pressures faced by some students, which will not necessarily be alleviated by extended submission windows or the ability to defer assessment to a later date. Some expressed concerns that the replacement of many exams with coursework, many to be conducted within 24 hour periods, might throw the home life inequalities faced by students into sharp relief. In contrast to the relative uniformity of student halls and monitored examination rooms, many noted that they lacked the space at home to focus on or complete assessments, and a number of working-class and first-generation university students expressed the difficulty of communicating these situations to their families. Others worried that responsibilities faced at home made it difficult to devote the same amount of time as their peers to coursework.

Separately, multiple students with Inclusion Plans and Individual Examination Adjustments (IEA) through LSE’s Disability and Wellbeing Service said that they had not yet received guidance from the School regarding their assessments. IEAs, which are tailored to the specific needs of individual students, are difficult to uniformly implement outside of a School environment, and a number of students spoke of the difficulty of managing their disabilities — including ADHD, OCD, dyslexia, and anxiety — from a home assessment context.

In a comment, Students’ Union Community and Welfare Officer David Gordon said that the SU Sabbatical Officers would continue to pressure and lobby LSE for changes in their assessment plans to better accommodate students.

Support for students facing financial hardship is offered by both LSE and LSESU, and students who had accessed LSE hardship support in the past said that it was routinely generous. However, Sadia Sheraz, the Students Union’s Social Mobility and Class Officer, said that LSE’s ineffective signposting of crisis financial support had alienated many working-class students and left many confused when faced with the sudden financial pressures of cancelled work shifts and returning home.

LSESU’s Advice Service has announced a means-tested £200 stipend for students who cannot afford to obtain a laptop or computer to complete their online examinations. The Beaver understands that similar programmes are offered by some departments.

*Some names have been changed to protect anonymity.

This piece will be updated to reflect further responses from LSE and LSESU which were not available at the time of publication.