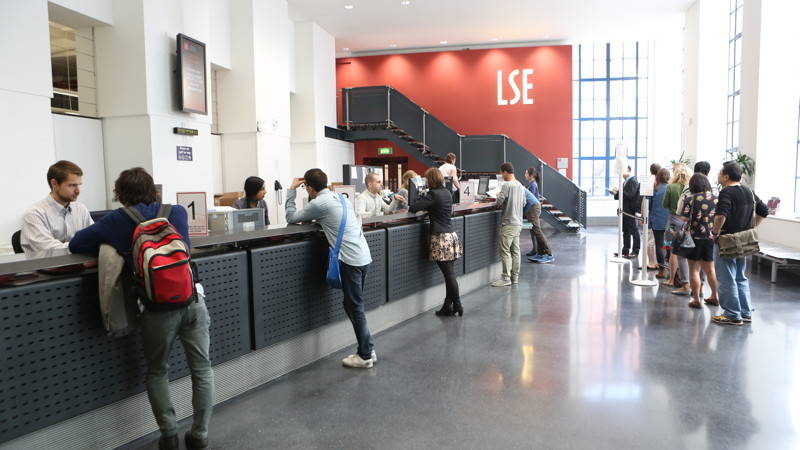 LSE pulls most disability exam support: “Having an IEA is already isolating and scary, but it felt like I had been forgotten.”

LSE says that a move to largely long-term, online assessments has “removed the need” for individual adjustments for students with disabilities who previously received special assessment procedures, called Individual Exam Adjustments (IEAs). A number of students with IEAs told The Beaver that they disagree, warning that limited individual support might ultimately undermine LSE’s disabled students.

Laura*, a student with dyslexia, said “as soon as the school entered crisis mode and the stable academic environment, which us students with learning difficulties rely on, began to shift, the emails from the service stopped. We were given no assurance that a group in the institution were protecting our interests.”

LSE said that they had published the updated IEA guidance online on April 3. However, multiple students with Inclusion Plans told The Beaver that they had not received any direct communication from LSE’s Disability and Wellbeing Service since online assessments were announced on March 12, leaving many with substantial concerns about how they would be able to manage their assessments at home without support. “[H]aving an IEA is already isolating and scary, but it felt like I had been forgotten,” said one second-year student.

It is difficult to anticipate what individual adjustments might be possible under the current online assessment model, but a number of students raised concerns that LSE appeared to follow a one-size-fits-all approach in declaring that IEAs were no longer needed for longer-term assessments.

“I can’t really give you any ideas of what my support would look like… but I would have appreciated talking to someone who does,” said one student, who reflected on the important structure provided by on-site invigilated assessments in dealing with their ADHD, “with a week long exam, it involves a level of self discipline that is really really hard for me to have.”

Another, who says that their entire family fell ill with COVID-19, told The Beaver they were left frustrated by the process of getting extensions due to extenuating circumstances, complaining that “they don’t even give out longer than 2 week extensions. I had to fight for mine despite having clear evidence and an IP.” LSE’s extension policy only covers extensions of up to 50% of the initial assessment window.

Other students took issue with LSE’s suggestion that time-extensions are the only salient aspect of IEAs, warning that such an approach would ultimately harm students who have trouble focusing or maintaining discipline over long periods. The decision to waive IEAs on the basis of extra time “demonstrates how out of touch the service is with the experience of students with learning difficulties. Time is not the solution to everything. Students need support in recalibrating their exam preparation and coping strategies,” said Laura, a second-year student studying a humanities degree.

Such issues are particularly acute in cases where students lack private space for study at home, or where difficult home circumstances pose significant distraction or distress.

Another student, who was in the process of requesting an inclusion plan, had to put the process on hold and will not get one after the Disability and Wellbeing Service asked the student for medical evidence, which the student did not feel able to obtain given the current overload on medical services in their country.

In a statement, an LSE spokesperson said that “[t]he move from traditional, on-site invigilated exams to online assessment has… removed the need for individual adjustments for students with disabilities who may have previously received individual exam adjustments. This is because they remove the obstacles some students encounter in the traditional exam format.”

The spokesperson noted that additional time would be added to short, timed assessments in cases where a “student already has an IEA that includes extra writing time and/or rest breaks,” and that students without IEAs are eligible to apply for short-term plans covering these types of assessment only. On the exam timetable, these assessments are listed as “time limited within 24 hours” or “X hours at a set time”. This includes some exams in the departments of Government, Management, Statistics, Mathematics, and the Language Centre.

Official guidance released by Student Services confirms that LSE considers assessments of 24 hours or longer to incorporate extra-time requirements: “In their design, all other assessments already inclusively incorporate any extra writing time and rest break adjustments for students with IEAs or IPs.”

LSE told The Beaver that it had “adopted a no-detriment approach at LSE through flexibility in assessment, deferral options and exam board discretion.” However, LSE’s definition of a ‘no-detriment’ approach appears to differ from that demanded by many students, as it does not include assurances that students’ exam performance will not be detrimental to their overall pre-lockdown average.

Students who do not feel fit to sit assessments are eligible to defer their exams without the need to provide evidence. LSE has confirmed that all LSE undergraduate students may defer assessment to the late-summer In-Year Resit and Deferral Period (IRDAP)  or to the next academic year. Taught postgraduate students are also eligible to defer assessment to the next academic year. However, a number of third-year and postgraduate students told The Beaver that deferral was not a realistic option for them, citing cost barriers, but said that they felt uncomfortable taking assessments in their current form.

It is unclear whether LSE is asking students to defer if they are unsure about their fitness to sit an assessment. In an email to LLB students, the Law department said: “[W]e strongly advise you not to defer your exams unless it is absolutely necessary. The longer time for revision does not confer the advantages that you may think it does. You will lose focus over the longer period.” The email also encouraged students to “try not to let Covid worries provide a better excuse than those we usually come up with to avoid getting down to work.”

*Some names have been changed to protect anonymity.