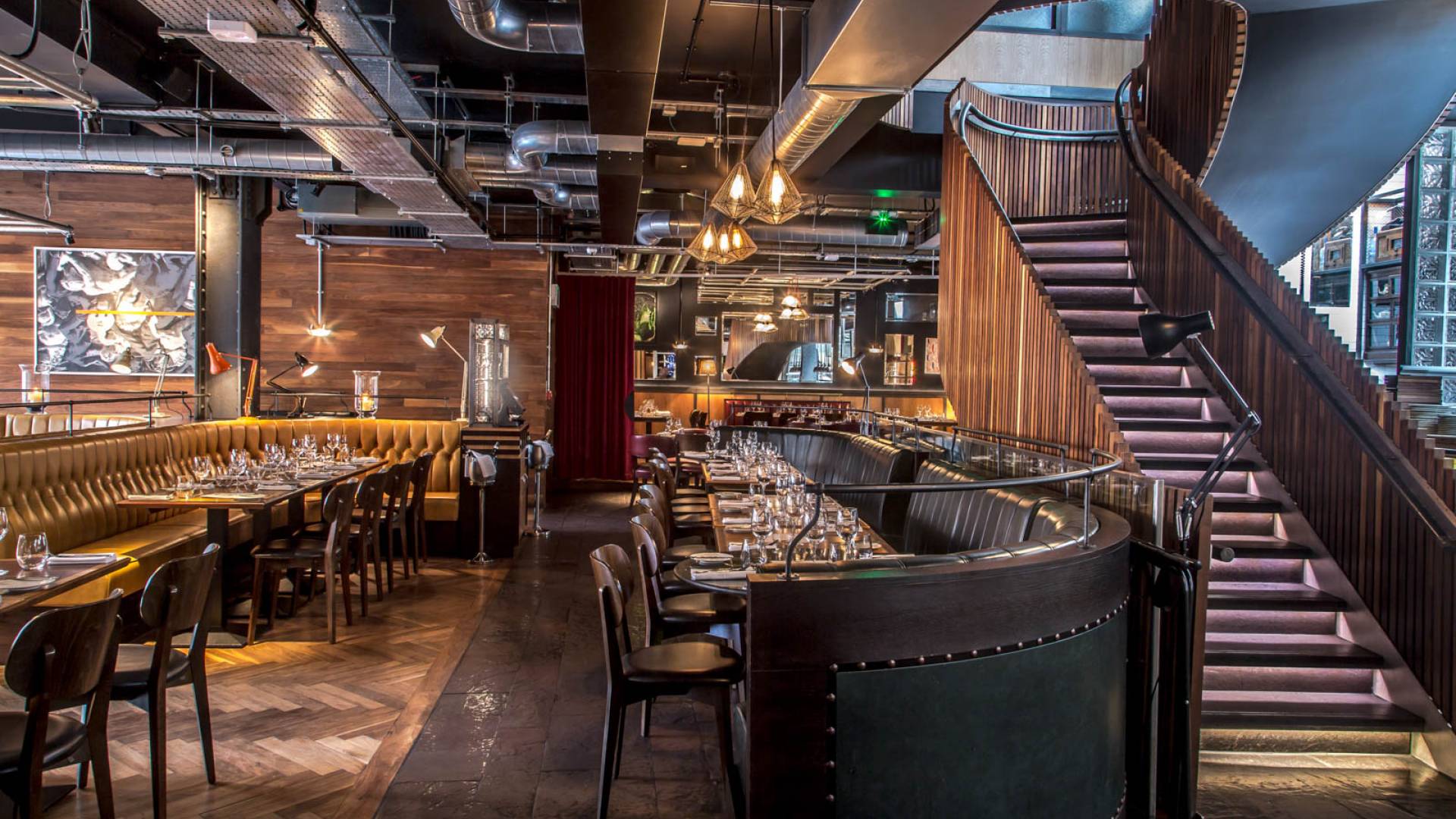 The Heddon Street Kitchen, one of Gordon Ramsey’s acclaimed restaurants, is tucked away in the eclectic streets of Soho. Offering a range of dishes from many cuisines, the one thing that ties it all together is Ramsey’s style and recipes.

As soon as you enter, if you don’t embarrass yourself trying to open the wrong door like I did, your eyes will be drawn away from the host taking your coat to the rich coppers and decadent lighting of the restaurant. It gave me chic converted factory vibes; I’m not sure that makes sense to anyone but me, but just trust me, it’s cool.

The service was good: the waiters were very diligent to ask for our menu choices, how our meal was as we ate. The food was delightful; I was very impressed. Maddie and I had come as part of the London Restaurant Festival, which ran throughout October and offered some fantastic deals at some of London’s best restaurants. We were offered the festival menu that boasted 3 courses and a signature cocktail for £25. I will note here that the menu on the London Restaurant Festival website is not the menu they offer you on the day. The menu is actually the Pre-Theatre menu, but to be honest, I think the selection in this one is better anyway. The signature cocktail came out all delicate pink in a ridged flute. It was divine as cocktails go. The mix of flavours was excellent with the pear in the Grey Goose lifting the vodka and the lemon counterbalancing the sweetness. Honestly, it one of the nicest cocktails I’ve had in a while.

My starter was also lovely. The BBQ covered chicken wings were succulent and tasty. I would recommend the wings over the flatbread that Maddie had based on taste, but the flatbread was also good and was the perfect size for a starter.

My main was gorgeous. The cod was perfectly cooked so that it melted in your mouth and there were no bones, nor grisly skin. The kale was a lovely fresh addition to the dish, when dipped in the white wine sauce was just fabulous. I have no idea how they made that white wine sauce have the punch and flavour it had, the most complementary a sauce could be to the dish. Maddie’s burger was also great, with the meat being tender and well cooked.

The one thing that did annoy me was that the waiter asked Maddie if she wanted chips with her burger, and the obvious answer was yes, not thinking anything of it and expecting it to be part of the dish, but then when the bill came we realised they charged extra for the chips, so just be aware that they charge you for anything extra at the Heddon Street Kitchen. This also includes the water. We went thinking we would only spend £25 on the meal and ended up spending an extra £10 after the extras and service charge, which was slightly frustrating.

Dessert was also lovely, I chose the pineapple carpaccio on the basis that I wanted a palate cleanser, and this is exactly what it did. The coconut sorbet is totally what did it for me, I literally was begging them to give me a pot of it. Maddie’s sticky toffee pudding was also so rich and caramelly balanced by the clotted cream.

Overall, I had an absolutely lovely evening, and the food was fantastic. The dishes and interior were show-stopping, perfect for a night out with friends or an upmarket birthday with private party spaces upstairs. Be aware of the extra charges and know that you will most likely spend more money than normal at a restaurant, but I would definitely recommend going. The restaurant is in quite high demand,  so I would recommend booking at least a day in advance; you won’t get a table at the peak dinner times if you just stroll in. They do brunches, lunches, and even have an ice cream bar that looks really awesome, so these are good ways to sample the cuisine without so much of the price-tag. If you’re looking for a restaurant where the food and interior becomes the focus of your conversation, look no further than the hidden Heddon Street Kitchen.

What Did We Have?

PrevPreviousHarry Potter at the British Library: A History of Magic
NextEverything At Once: An Exhibition of EscapeNext
On Key