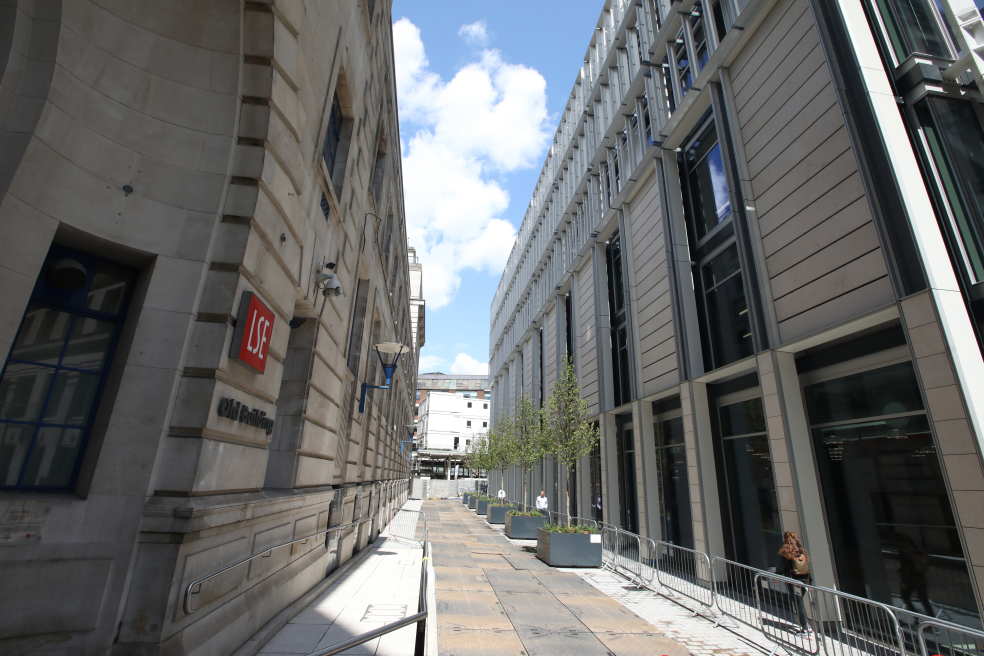 On 24 April, LSE published its much anticipated “no-disadvantage” framework, which stops short of several letters, petitions and Union feedback asking for a “no-detriment” policy. The Beaver discussed the policy with Pro-director for Education Dilly Fung and Academic Registrar Mark Thomson in an interview.

Apart from hearing a defense of the policy — the most comprehensive yet given to students — The Beaver learned that there was little formal consultation of students, and no formal modeling of the impact on disadvantaged students. This comes as students raise concerns about uneven application of the policy, with some departments flaunting the principles brought forward by leaders in this interview.

Explaining the “no-disadvantage” policy, Fung stressed that the fundamental principle was to “give every student the maximum opportunity to achieve, and a supportive environment to do so.” She stressed that the deferral policy allowing students to not take their exams “no questions asked” makes it easy for students to choose whether to enter examination under adverse circumstances. Both the pro-director and the registrar also emphasised that the process of adapting whole cohort marks would ensure students are not adversely affected.

The Beaver understands that a key factor in deciding against no-detriment was the view that it would be difficult to calculate what the “safety net” grade would be. Given that LSE students rely heavily on final year marks for their overall grades, Fung and Thomson argue that it wouldn’t make sense to give students a grade based on other courses in previous years, for instance by awarding a student taking a qualitative set of courses in third year an average safety net based on their previous quantitative courses in first and second year.

Fung added that 78% of students have unique course patterns at the undergraduate level, and 68% at the postgraduate level, which would make calculating average performance “safely and equitably” difficult.

Thomson said that “the real detriment to students would be to award them degrees that we perceive to be less valuable.” LSE argues that the range of policies it has put in place do a better job at protecting students than a formulaic no-detriment policy.

The Beaver understands this to mean that, unlike in other universities with safety net policies, students at LSE could do worse than their previous performance in LSE exams due to their circumstances. LSE has updated their assessment FAQs to reflect their argument.

An overriding concern, stressed by Thomson, was protecting the ‘value’ of LSE degrees. When asked, Thomson did not make clear how LSE students were protected if other universities were taking more lenient approaches.

Asked about student consultation feeding into the policy, LSE said that it collaborated with the Students’ Union and has been in conversation with other stakeholders. However, neither the pro-director nor the registrar were able to point to specific avenues of consultation beyond communications with Union representatives and student-initiated emails and petitions. The Union has told The Beaver that none of their proposals or feedback ended up being implemented in the policy.

Particularly, the Union asked LSE to allow students to re-sit exams if they felt that they had performed worse than they should have. LSE rejected the policy. Asked why this was, Thomson answered that LSE thought this “would compromise too far in standards”. The argument here was that students would feel pressure to retake exams if their peers were re-sitting them. It is unclear how this is the case, given that LSE does not grade on a curve and the university could cap or adapt the grades allowing for re-sits.

In addition to not conducting a formal consultation, the School did not carry out a formal impact assessment or statistical model on the consequences of their draft policy on marginalised groups within academia — students with care responsibilities, disabled students, working class students, and BME students — although Fung conceded that “we know that inequalities are maximized” under present circumstances. LSE stressed that they took these factors into account when forming policy, and argued that the plan’s loosening of evidence requirements for exceptional circumstances would help address the specific disadvantages faced by some students.

Uneven implementation is still the norm

One strand of the policy aims to redesign assessment to fit online examination. However, Fung and Thomson could not provide clarity on the number of assessments that had been adapted to fit online examination, instead of simply being uploaded without revision from the format which had been planned for in-person exam conditions. Many students have said that their exams have simply been “put online” with no adaptions to the type of examination being communicated.

A uniform process for implementing extenuating circumstances was not immediately clear. In the interview, Thomson was unable to say whether they  would be considered by exam boards if a student did not have a reason to not defer.  The Beaver has reviewed emails sent by the Advocate for Students Pete Evanson to a student detailing that extenuating circumstances claims will be stronger “as long as you demonstrate a good reason for not deferring”.

After the interview, an LSE spokesperson clarified the policy, saying “If students are not fit to sit assessments it is the School’s recommendation that they should defer, if possible. We acknowledge that in the current circumstances there are many additional factors having an impact. In recognition of this, we have removed entirely the requirement for evidence when deferring, making it more straightforward as an option. If a student does not defer and decides retrospectively their circumstances had a significant detrimental impact on their performance in a way they could not have anticipated, they can still submit for Exceptional Circumstances. As deferring is more straightforward (and evidence free) the School will ask for a reasonable explanation as to why they didn’t take the opportunity to defer. The School will not request material evidence from a student to support their explanation, but they are encouraged to submit what they can in support of it.”

Several departments are apparently not following the principles espoused by senior leaders in the interview, flaunting the policies set by the university.

A Law student reached out to The Beaver with concerns that their department was not following the policy LSE had proposed. The student was told in an email on 24 April that their deferral application could be rejected. LSE quickly corrected the Department’s mistake, but the student expressed concern that this was part of a larger pattern of dissuasion from deferrals by their department. In fact, other sources have singled out the Law Department for its insistence that students should not defer if possible. Filling The Beaver’s online consultation, one Law Department student wrote: “All of the stress they have inflicted has been exacerbated in recent days as the Department has CHANGED an exam day and time within a week of the exam meaning to take place. This is most unhelpful and distressing as it leaves me wondering what else the department will change at short notice. I also feel extremely disadvantaged compared to other law students at other universities who have been given much more compassionate approaches.”

Another student, from the  Management Department, explained to The Beaver that their department was limiting their assessment time to 4 hours in a particular course. In an online consultation by The Beaver, several Management students complained about this policy, with one saying: “While the whole school has set 24 hour frames for the exams, for some reason our department chose to limit our assessment windows to 4 hours. The exams will be available 24 hours however if we take longer than 4 hours from the time the exams are ‘downloaded’ to complete them, this will be seen as suspicious and we will have to be orally examined. The motive behind that decision, they claim, is “to maintain the integrity of the grades, since the specific courses this applies to are quantitative”. [I] and countless other students fail to understand this argument as arguably more quantitative departments (e.g. Mathematics and Finance) do not have the same limit.”