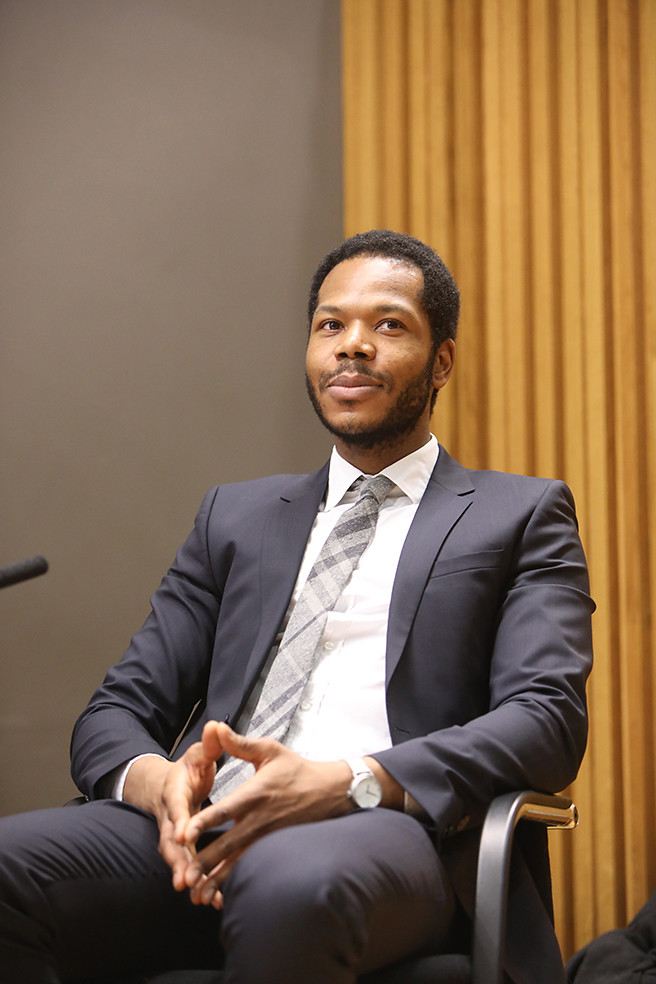 Interview with Dr. Clive James Nwonka: The role of the Black academic

So, first things first. We really want to know what your skincare routine is.

Goodness. Well, thank you – I’m quite flattered. so, as you know Black skin can get pretty dry, so it needs a lot of TLC. So, from birth it was Palmer’s Cocoa Butter. As I got into my teens, I started using things like Nivea which just responded really well to my skin. As I’ve become a bit more financially secure, I’ve really enjoyed using Kiehl’s stuff things like face scrubs and moisturizers. A couple of things that I do that may not be so general is sunscreen. It’s always something that I’ve always used. So that, and then just obviously daily moisturizing and washing and not eating bad food. I’m happy to send some kind of list of products as well.

So just what was your journey into academia?

Well, it was never a conscious decision. I mean, when I finished my BA, and I came back to London from Manchester, like most students, I was just trying to find a job. I knew that I wanted to do a Masters but paying for that was obviously a big issue for me. So, I saved for four years and did a lot of office jobs to save while just continually improving myself academically, as I wanted to keep myself engaged with the field. I approached not being in academia as in being academia, so I would read all the readings on the courses that I wanted to study. So, I went to Brunel, which was probably the best decision I could have made at a time. I mean, I could have went to more obvious places, [like] Kings or LSE etc, but at the time they did not cater for the kind of things I was interested in doing – thinking deeply around representation of race and class in cinema, film and TV and popular culture and really drawing on the work of Stuart Hall and others. I found some amazing people at Brunel. It was a university that had a strong proportion of students from ethnic minorities, which was really important for my learning as well. At the time, the staff was changing as well. Professor Sarita Malik – who has become my absolute mentor in academia, and I probably wouldn’t be here it wasn’t for her – was there, and she was supervised by Stuart Hall. Bernardine Evaristo was there and Benjamin Zephaniah arrived in my Department as well with his poetry. Other academics were coming through who really bridged that gap between being an academic and being very much interested in kinds of Black study which I think exists outside of academia. So, I really enjoy that experience, despite having to work full time as well, which was really taxing and involved a lot of sacrifice. And it’s only at the end of my dissertation work when I got a first, I thought, “Okay, well, what’s next? Maybe a PhD.” The reason why this is important though, is because there was no one I thought any of the elite universities in London that could offer that kind of analysis, who could really invaluate my type of PhD, which was sprawling and was very much interested in representations of Black men, certain forms of urban life, of criminality, of media discourses that married film studies with cultural studies and sociology and politics – a very, very multidisciplinary PhD. So what I would say to Black students is that I recognise the tension in wanting to go to the elite universities because they can be a gateway to a particular world, but also thinking hard about what kind of experience you want for the PhD, and who is the best academic to serve that PhD. Me being here, I think is a good thing because it means in the future LSE PhD students who want to express and explore the kind of things I was looking for.

In terms of the tensions that you were mentioning, what are the tension specific to as an LSE as an academic, because as an elite University, surely there are some constraints?

What I will say first of all, is it’s been refreshing to be in a department where those tensions aren’t prevalent. There isn’t the same obvious sense of elitism, amongst staff at least, that you may find in other institutions. Perhaps the very nature of sociology as a discipline disallows the extreme ends of that. And its been good since I’ve been in Sociology. But of course, there are tensions in being Black and British but that’s never demonstrated in the lecture room. I have students from all over the world in my class, from different races, classes, social backgrounds, and everyone gets treated the same, and everyone responds the same as well. And that’s exactly the type of learning culture I’m looking for. So, to answer your question directly and in the best way possible, I’m more interested in the tensions that students face than the ones I face because the ones that I face aren’t the same. And I’m watching LSE change quite dramatically since I’ve been here to a place that is really thinking about exclusion in really progressive ways, with students at the forefront of this. And I’m interested in being at the vanguard of that change with the things I do in my classroom, the things I do outside of the campus as well. How I try to encourage all kinds of students from all backgrounds, but obviously recognizing that there are different pathways for the Black student. So, I think that’s my duty to that tension.

You had a talk about the Black pedagogy earlier this month, what that means practically?

Now when I conceived the idea for an event around Black pedagogy, it’s because in many ways I was responding to some of the conversations I’ve had with yourself and many other students here who are always talking about, “I would like to learn this, or I wish this was on our curriculum as well.” And it got me thinking about what we actually mean by Black pedagogy. Is it simply teachings that contain blackness? Is it pedagogically about that people? Is it Black in a political sense or an ethnic sense? Are there different methods of teaching race, racism and blackness, to teaching other intellectual disciplines? It’s an exploration rather than a declaration, or even an accusation. When I was talking about film, it’s about recognizing that the Black film never is just a film. It’s always in conversation, in dialectic with the social world of that blackness because those images are so recognizable. It needs to be processed by people to make it meaningful. So that gives the teaching of Black film a much more expansive scope, which is thinking about identities, thinking about race struggle, thinking about history, about representation and what we already know about the Black social world, or the social life of blackness, that we bring with us as expectations to the cinema and to the screen. I think it’s a space where Black students, white students and students from other ethnic backgrounds can recognize this and move towards if they want it. I’m never of the opinion that Black students must always think and learn in a specific Black manner; firstly, that’s very hard to define and secondly, I’m not convinced that’s what university is for. So, the Black pedagogy should be available to all students in the same way that the classic canons of learning have been made available to all students, rather than simply imposing Eurocentric knowledge onto people. But I also recognize that Black pedagogy itself means something more to Black students because of their marginalisation as well. And I’d love to be in a situation where you could harness the best pedagogy around race and create something that’s available to support this, in the same way that Paul Gilroy is establishing something at UCL, in the same way that they’ve established a fantastic new African American and African Diasporic Studies Department at Columbia, which I’ll be spending time at this year. I think LSE is at the centre of so much knowledge and cross-pollinated thinking that there’s a space there for it to be a leader in these things- there is no reason why LSE can’t do that.

What are you currently watching on Netflix?

I’m actually quite new to Netflix. I was always anti-Netflix for a while because I thought you watch films in the cinema; I was a purist. But I’m mostly watching ‘Top Boy’ and ‘Peaky Blinders’. I’ve actually not watched too much recently as I’ve been so busy, but I watched ‘The Last Black Man in San Francisco.’ A really, really good film and it’s definitely going to be on my course.

Okay, and just finally, do you have any advice for Black students?

I recognize it’s not easy, because a Black student is never just as a student, as much as I would like them to be just a student. Black students are always going to be marked differently. We see the reports coming out, you know, the marginalisation and harassment and unfair scrutiny- the kind of things that Black students experience is very difficult. Confidence is one thing that I always advocate for. The LSE is one of the best institutions in the world. And now we’re seeing a bigger critical mass of Black students, the Black British student, and they deserve to be here.