Joe Rogan’s endorsement of Bernie Sanders this past week spurred controversy in every corner of the Democratic field. During an interview on Tuesday with New York Times Opinion Editor Bari Weiss on his show, The Joe Rogan Experience, Rogan stated, “I think I’ll probably vote for Bernie… I believe in him, I like him.”

While not an endorsement in the strictest sense, the remarks are likely to be influential. Rogan’s podcast is top-rated, receiving millions of listens and views per episode. He boasts 5.7 million followers on Twitter, and is known for courting controversial figures and engaging in discussions that skirt conventional views.

Presidential hopefuls Tulsi Gabbard, Andrew Yang, and Bernie Sanders have previously appeared on the podcast. Joe Rogan has confirmed that contenders Elizabeth Warren, Pete Buttigieg, and Joe Biden have reached out to the show with requests to appear, but were declined.

This comes after a string of endorsements from major progressive lawmakers for Senator Sanders, notably from leading women and minority members in Congress. These endorsements include freshman lawmaker Rep. Alexandria Ocasio-Cortez, co-chairs of the Progressive Caucus Reps. Pramila Jayapal and Mark Pocan, Rep. Ro Khanna, Ilhan Omar, and Rashida Tlaib (with Ocasio-Cortez, three of four members of “The Squad”).

The endorsement has been met with intense criticism from some on the left. Rogan, known for his hours-long, sometimes inebriated, experimental interviews with a variety of notable celebrities, intellectuals, and pseudo-intellectuals, has a spotted history of remarks that some have characterized as bigoted towards African Americans and the trans* community.

In one clip, Rogan describes walking into a movie theatre in a black neighborhood to watch Planet of the Apes, saying, “We walk in Planet of the Apes.” He later follows, “Planet of the Apes didn’t take place in Africa. That was a racist thing for me to say.” His commentary continues, “No wonder why black people are angry and they feel disenfranchised… they’re completely removed from the mainstream cultural experience…. Everyone’s white in the movie except the bad guy. The bad guy is a black guy, and I thought it was so strange.”

In another, he criticizes a transgender MMA fighter who previously had not disclosed her former biological status, and compared her to “an actual woman” who defeated her. Throughout, he expresses conflicting views on her status as a woman.

Twitter has since exploded with criticism of Sanders’ promotion of the clip.

Alphonso David, President of the prominent LGBTQ+ rights advocacy organization the Human Rights Campaign (HRC), joined in the condemnation with the following statement: “Bernie Sanders has run a campaign unabashedly supportive of the rights of LGBTQ people…. The Sanders campaign must reconsider this endorsement and the decision to publicize the views of someone who has consistently attacked and dehumanized marginalized people.”

HRC has faced its own criticism in the past over its relationship with the trans* community, including their support of a non-inclusive version of the Employment Non-Discrimination Act (ENDA) bill in 2008. Critics also note HRC’s lack of diversity on staff, and several questionable endorsements of conservative and offensive candidates over more progressive (and sometimes queer) opponents. They also received criticism for endorsing Hillary Clinton in the Democratic primary in 2016, despite Bernie Sanders winning a perfect 100 on their own scorecard, compared to Clinton’s 89. Then-President Chad Griffin had previously worked under President Bill Clinton during his time in the White House.

Campaign spokesperson Briahna Joy Gray finally addressed the controversy in a statement via email, writing: “Sharing a big tent requires including those who do not share every one of our beliefs, while always making clear that we will never compromise our values. The truth is that by standing together in solidarity, we share the values of love and respect that will move us in the direction of a more humane, more equal world.”

Sanders has demonstrated a willingness to speak to audiences outside of the traditional Democratic base in the past, appearing on Fox News for a town hall last year. Supporters argue that this approach is not only ethical but strategically necessary, to reach out to voters who may have voted for Trump or stayed at home in 2016. Sanders often appeals to this potential coalition of those disengaged with electoral politics. Joe Rogan represents one type of disaffected (often male) voter whose views are often quite progressive but who feel no loyalty to traditional parties.

The development of this story interestingly comes after a debate on the Democratic field about the concept of ‘purity tests.’ In the December 19 Democratic Party debate, Elizabeth Warren attacked Pete Buttigieg for accepting donations from billionaires and hosting private events for Wall Street hedge fund financiers and Silicon Valley moguls at events like the now-infamous wine cave fundraiser.

Buttigieg defended himself, saying “I am literally the only person on this stage who is not a millionaire or a billionaire. . . . This is the problem with issuing purity tests you cannot yourself pass…. We need the support from everybody who is committed to helping us defeat Donald Trump.” He followed up with a comment saying, “I will welcome the support of people of varying, different backgrounds and varying means to fund this campaign, just as I’m looking to draw in the votes of everyone we can get to vote in this campaign.”

Should candidates accept donations and endorsements of those less ideologically pure than they are? If this requires progressives rejecting donations from billionaires, there is at least a clear line to draw (as Bernie Sanders’ campaign attests). However, the further we extend the metrics, the more difficult it becomes.

Rogan’s full comments shed some light on the situation: “Look, you could dig up dirt on every single human being that’s ever existed if you catch them in their worst moment and you magnify those moments and you cut out everything else and you only display those worst moments. That said, you can’t find very many with Bernie. He’s been insanely consistent his entire life.” In hundreds or thousands of hours of interviews, Joe Rogan has expressed some complicated and at times offensive views, whether seriously or in jest. He also has expressed sentiments of compassion and universality. This messiness resonates with millions of people – and he has chosen to endorse a candidate for having qualities he lacks.

Should Sanders turn every imperfect supporter away? Should the Democratic Party give up on a wide swathe of the electorate, who occasionally express views that do not align with their platform, and instead solely pursue the perfect voter?  In the 2016 race, Hillary Clinton’s comments referring to a large number of potential voters “baskets of deplorables” were turned into merchandise for the Trump campaign; it is impossible to say if this cost her the election, but it is difficult to imagine that it helped.
Sen. Sanders has taken a gamble in accepting Rogan’s endorsement. As we hear from the jury of the election booth this primary season, we will see soon enough if it pays off. The latest polls out of Iowa suggest that he may have nothing to worry about. 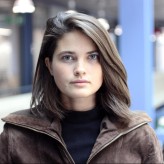