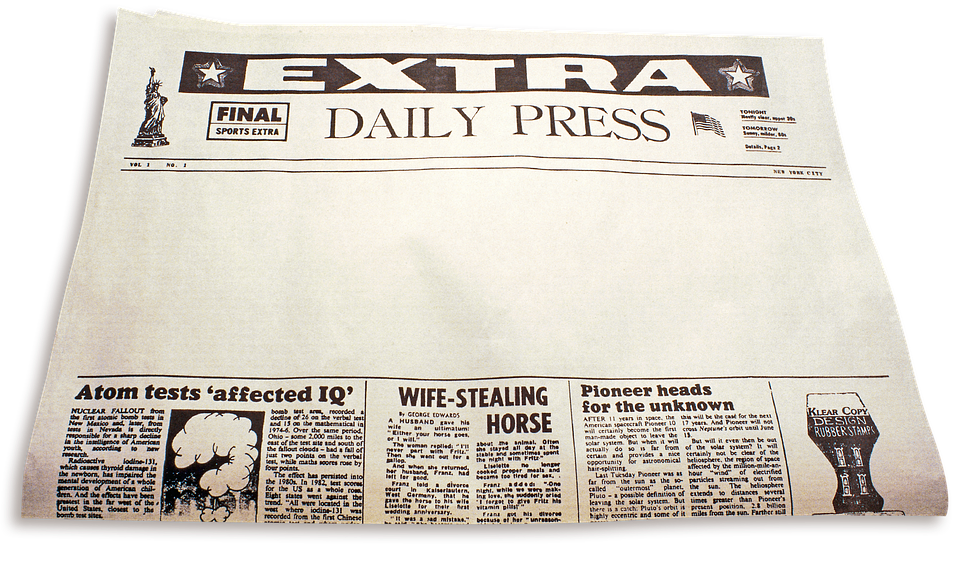 Journos, hacks and nosey bastards: why journalism is the career for you

The world of student journalism is hard-working, weird, and rewarding in equal measure. It has been described, by a disgruntled editor with their back up against a print deadline, as “a full-time job for which I earn no money”. There are stresses and challenges that professional journalists encounter at every stage of their careers. There is always a struggle for funding, responsible advertising, engaging a broad readership, and keeping tired Students’ Union staff members content that we won’t get them sued. As we threaten varying acts of hypothetical violence towards our colleagues at the most stressful of times, we have to remember we are doing this for fun and we’ll be in the pub in 20 minutes; even though it is 3 o’clock on a Tuesday afternoon and we all invariably have essays due in the next day.

That is the hard-working element of our world. The weird usually occurs in the part of our work involved in finding and researching stories. You would be forgiven for thinking at a small campus university we would be tripping over gossip worthy of a story on a regular basis. As much as I would love for that to be the case, it is not. The best stories tend to be the hardest to find as idle gossip seldom to leads to a newsworthy story. This can lead to very strange situations- a personal highlight of mine is being criticised on Twitter by Katie Hopkins. But whether being told to ‘fuck off’ in Parliament Square or brow-beating exhausted Students’ Union staff members until they finally tell me where the bodies are buried, I have never once been bored or disinterested in the work I do. Finding a story and, more importantly, finding the truth are what drives any journalist to suffer through stressful times.

The rewarding aspect to our job comes, not in the form of formal accolades, but in the impact our work can have. Whether it is triggering a campus-wide Students’ Union referendum, or, simply getting a new beer on at the campus bar as well as fifteen emails recommending Alcoholics Anonymous, the reward in journalism is the outcome and impact of the story you’ve told. Whilst I wouldn’t say no to a Pulitzer, I’d be hard pressed to find an award that could replicate the sense of achievement I feel when real change occurs because of something I’ve contributed to.

As a journalist, I am scared for the future. Fake news, censorship, and sensationalism damage the career I am so passionate about; if you damage and restrict journalism, you damage, restrict, and destroy democracy. Journalists are the most important check and balance in modern politics and are necessary to preserving society as we know it. It may come as a surprise that I will be the first to admit journalists occasionally go too far in the invasion of the privacy of others. This is often justified in an off-handed manner suggesting freedom of the press is or should be absolute, and nobody has any right to privacy and any limitation on that is fascism. I disagree. Journalists should be responsible in the manner in which report so as to preserve our credibility. Without credibility, we may as well all read The Tab.

Journalism has been an important part of my university life and as my dream career, I hope it is part of my life for many years. I find something appealing in metaphorically coming under fire from a politician or actually coming under fire in a warzone; depending on how Brexit goes that could end up being Slough. It is easy to complain about the stressful elements to the job. And I hope this article would not put anybody off a foray into student journalism. The people who make it special are the colleagues you work with who are talented writers, motivated journalists and skilled editors, illustrators, and creators alike. As long as the university and the Students’ Union hate us, we know we’re doing alright.