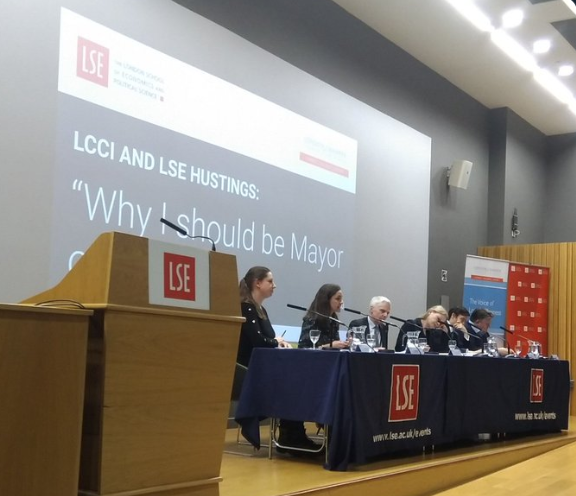 Seeking to represent Khan, a monotonal Coghill looked awkward, lacking in confidence and red-faced as she was challenged on Khan’s record. To use a phrase she would not want to be associated with, it was a ‘Maybot’ style performance. She offered few, if any, new ideas for addressing London’s many issues and, instead, merely argued that “Sadiq is absolutely the person to continue in the job.”

Greenhalgh’s efforts to represent Bailey were equally lacklustre. Throughout the evening he sought to focus on London’s rise in knife crime. To the disgust of the audience which responded with heckling, he pledged his full support for expanding the Met Police’s use of stop and search. Moreover, he seemed to have forgotten that there are other issues facing London besides knife crime. When asked on what Bailey’s policy on fares would be, to the audience’s laughter, he responded: “I haven’t got a brief on fares other than to criticise Sadiq’s fares freeze.” In a final move to alienate centrists and progressives, Greenhalgh used his closing speech to indicate his admiration for US President Trump. Bailey, he argued, was the mayor to “make London safe again.”

By contrast, Stewart, who was greeted on arrival by a group of jubilant ‘Students 4 Rory’ campaigners, put forward a vision of optimism. Pointing to the need for an independent mayor capable of transcending partisan politics, he promised that he would “get things done.” One way he would achieve this, he argued, would be through ensuring public transport fares operated on a “much smarter” basis. This would involve the introduction of a Singapore-style pricing system and using digital technology which, he argued, would result in lower costs for Londoners.

Benita, like Stewart, pointed to the need to “get things done”, suggesting Khan is merely a “mascot mayor”. He appears on Twitter to criticise his political opponents, she argued, but fails to come up with the goods himself.

Finally, Berry, as the Green Party candidate, pointed to the need for a mayor who understands the importance of addressing climate change and who invests in youth services.

If there is one thing that has become clear over the past few years, elections are unpredictable and, for us students, the wider electorate often express different political views to our own. However, in the abyss of unpredictability, one thing is certain: London can either choose to continue the debilitating politics of left-right divides or, by electing Rory Stewart, opt for a mayor who may beable to transcend this.

Until casting our ballots in May, however, we are left to speculate whether Khan and Bailey have gone into hiding for the long durée or, rather, they have an odd phobia of LSE students.