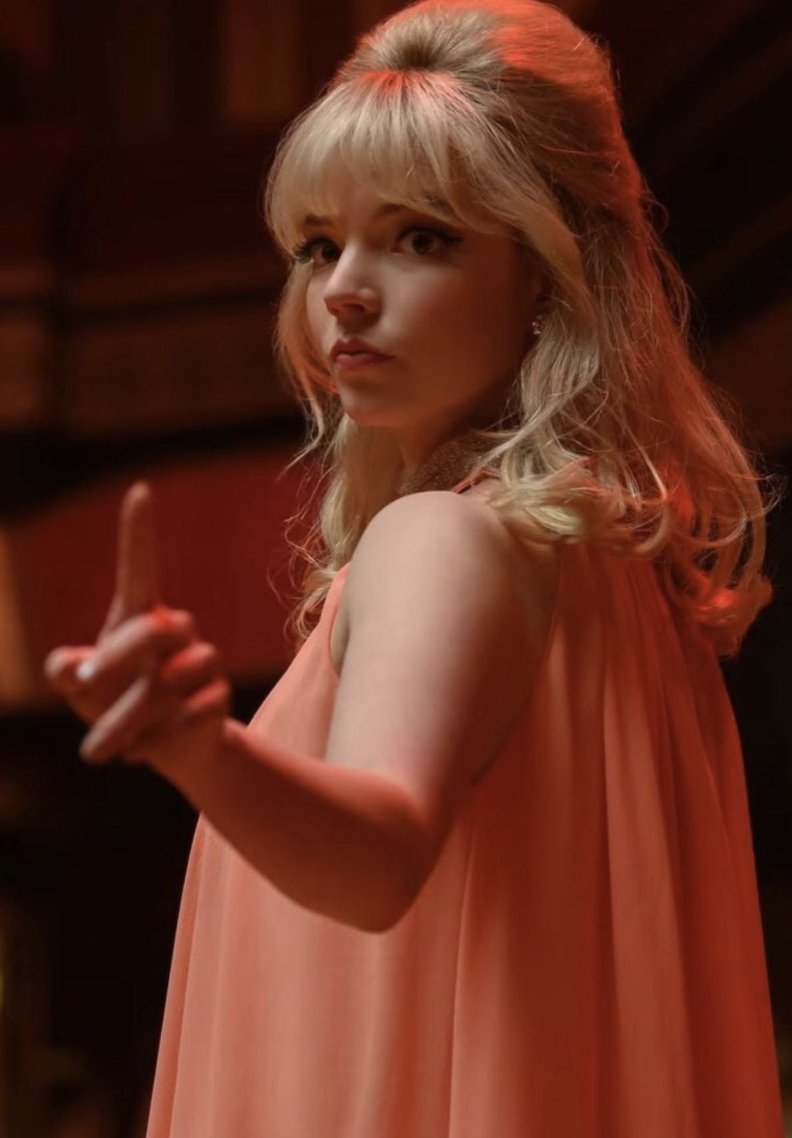 Last Night in Soho is a polymorphic mural of drama, psychological horror, and comedy, varnished in archaic glamour. Glorifying the Swinging Sixties in the embryonic perspective of the main character, Eloise Turner, and disintegrating this facade amidst the film, Edgar Wright cautions against losing oneself to false illusions and naive expectations. Eloise’s kryptonite is her nostalgia for the 1960s scene; a presumed la-la land of the most exquisite vinyl records and fashion trends.

What makes Last Night in Soho a remarkable force of visual storytelling is the attention paid to every intricate detail in lighting, costuming, timing, and musical soundtracking. The transitions from drama to horror are immaculately timed to 60’s music and blazing lights, the camera zooms out for Eloise’s figure to shrink under her covers as she voyages into her dreams, and dynamic musical cues (off-key notes, trembles, etc.) in a pool of silence are used to escalate unease and heighten the intensity of jump scares. Wright plays with perspective when exposing the murder scene, by providing first a flasback from Eloise’s nightmare and later on, the real scene from Mrs. Collins’ reveal. Mirrors are expertly used to capture Eloise’s vantage point in Sandie’s storyline of the past and to unconsciously connect the two characters, despite Eloise not being there in the flesh. It’s Wright and his team’s command of size, angles, and palette that ennobles the motion picture into something originating from The Louvre.

Strikingly, the film is reminiscent of the themes, characterization, and artistry of Lewis Carroll’s Alice’s Adventures in Wonderland, reimagining them in a contemporary state of mind. Similar to Alice, Eloise is introduced as a sheltered, innocent girl who concocts up a dream world, which in her case is the Swinging Sixties. However, she quickly realizes that not everything is as rosy as it seems and is cyclically haunted by the darkness obscured inside society’s colourfully tinted glasshouse, as manifested in Sandie’s imprisonment to the gruesome life of prostitution.

The film is perfectly saturated with plot twists that connect to earlier scenes, present nuanced inferences, and are thematically significant, making it actively suspenseful and thought-provoking. One startling example of this was the unveiling of who the old man – a recurring motif in Eloise’s present day life – actually was, and how it was tragically the polar opposite of Eloise’s pre-determined guess. What’s extraordinary about Last Night in Soho is that every minor character should be carefully analyzed under a microscope lens as they could have more influence than one would expect.

Content-wise, it weaves in the subject matter of mental health by repeatedly alluding to the suicide of Eloise’s mother and how this grief, confusion, and trauma subconsciously engulfs her mind during her first impression of London. The acting by Thomasin McKenzie (Eloise) and Anya Taylor-Joy (Sandie) is lucidly and intricately spot-on. Eloise is the perfect antithesis of Sandie in the beginning but as the film progresses, they find common ground in female strength and independence, which is empowering to watch.

Last Night in Soho is a cautionary tale that illustrates the vices of anemoia, and of intertwining fiction and reality to a cavernous extent. But in the midst of its seriousness, it celebrates the aesthetic beauty of Soho and of coalescing different art forms – from music to fashion – into cinematic narratives.

Hi, I’m Sharon! Currently, I’m in my third year of studying Management at LSE. I write about music, film, and television shows for The Beaver. One of my core interests is songwriting and in particular, I love exploring the poetry and storytelling behind lyrics. I am an aficionado for nostalgic, melancholic content, so I am always open to recommendations of emotional, soul-stirring material.Feel free to reach me at s.zheng22@lse.ac.uk or sharonxzheng on Instagram! 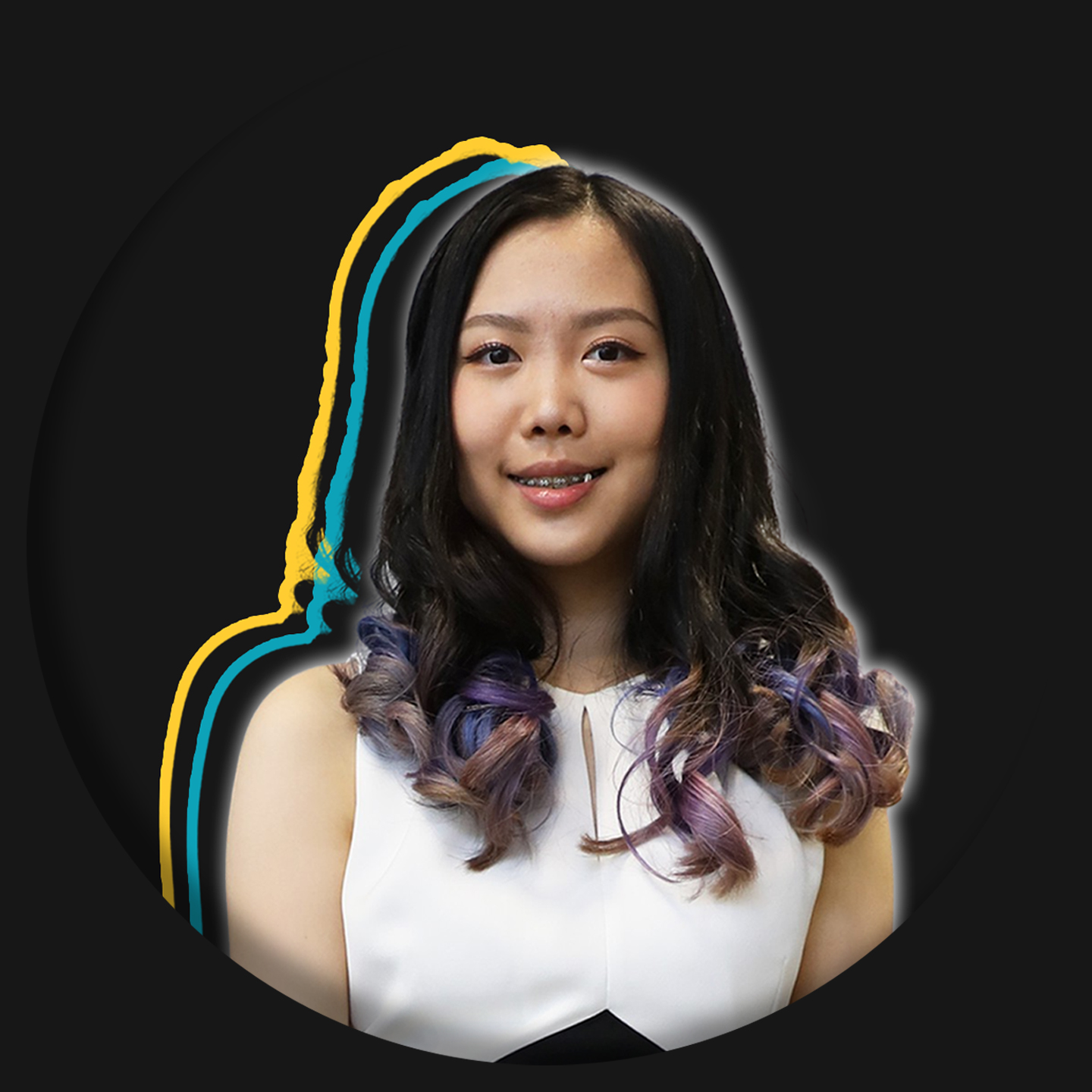 PrevPreviousBringing us together: the power of memes at LSE
NextA term of sportNext
On Key