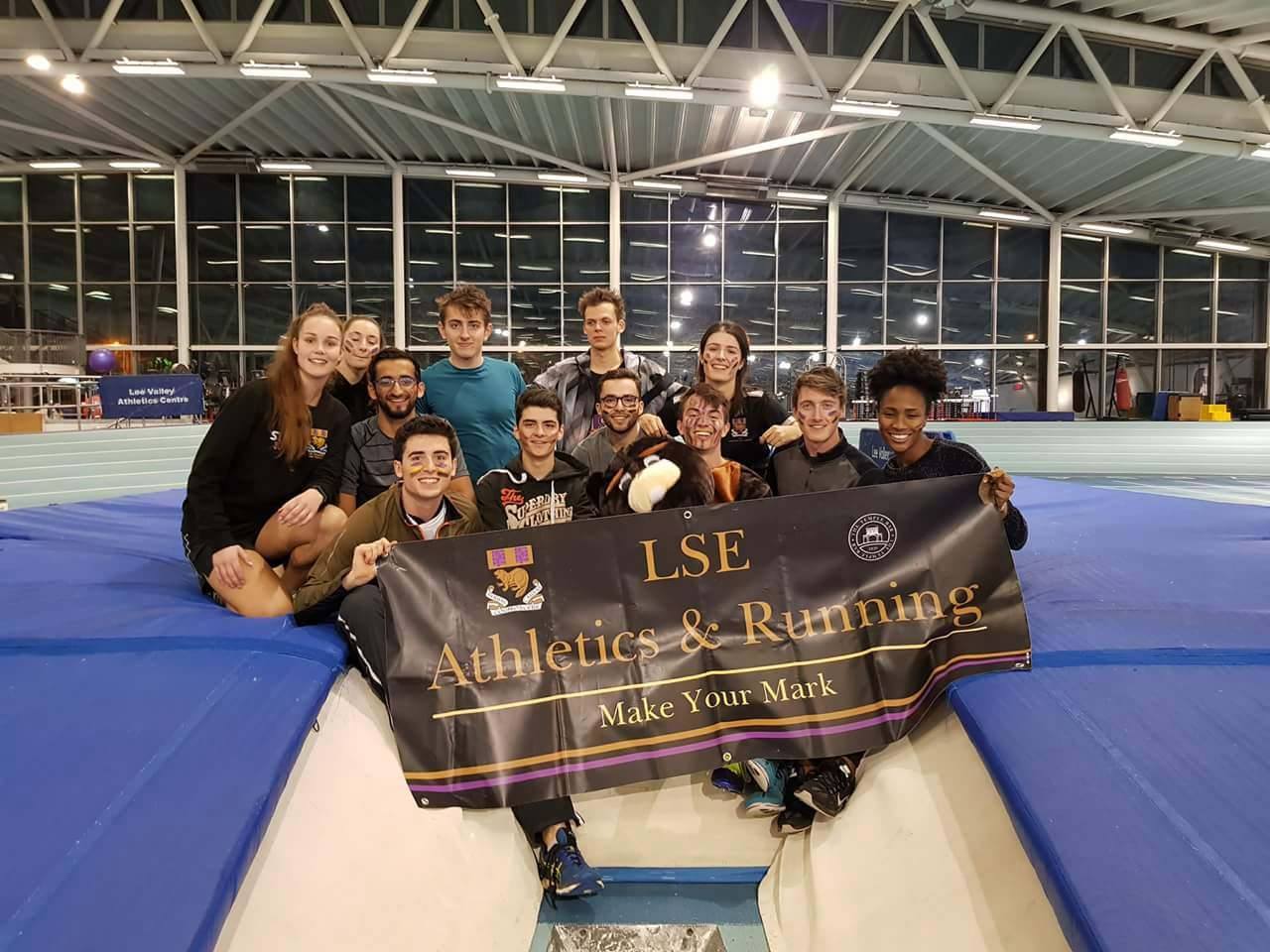 LSE Athletes run, jump and throw away the Carol hangover.

Carol, what a day; best day of the year you could argue. The next day… never quite as fun.

Imagine waking up at 7am, DJ AR’s questionable late-night choices still ringing in your ears, getting out of bed and contemplating a full day of physical competition ahead. This was the case for the proud athletes of LSE Athletics and Running. In dark sunglasses, clinging to coffee and fruit juice, our brave heroes journeyed to the Lee Valley Athletics track for the LUCA Indoor Championships.

With 17 athletes competing in 11 events, the day was going to be full of excitement. The first event was the Pole Vault, where our two LSE athletes set the bar high. Alex Yeo claimed a silver medal with a gigantic 3.20m vault and Antonin ‘Tony Hollywood’ Boissin claimed third place with an impressive 2.00m jump.

In the Shot Put, Captain Anna Baernreuther stormed her way to second place with a strong 7.55m throw; a great season opener. Amongst the men, James Wei and Waleed Malik threw distances of 7.55m and 7.41m respectively. It was especially great to see so many new athletes turning out for LSE, something that the club wishes to keep going in future.

In the High Jump, LSE were represented by Vice-Captain Hamish Mundell. Although regrets of the fifth pint of Saucy’s finest loomed large, he managed to pop over 1.60m.

In the middle distance events LSE continued to punch above its weight. Notably, Sebastian Hanson won both the 1500m and 3000m, making him joint second for the prestigious LUCA MVP award. Kailee Traficante and Sarah Otter were our female endurance contingent, running impressive times in the 1500m and 3000m respectively. Antonin ‘Tony Hollywood’ Boissin rallied to run a strong 1500m following Joe Shaw finishing 6th and 4th respectively.  In the Men’s 800m Chris Fardan ran an impressive 2:04, winning his heat, but unfortunately SO494 dragged him away before the final could take place.

Last, but not least, Felix the Beaver finished on the podium for the traditional Mascot race. Another 200m was no problem for Vice Captain Hamish, competing in his fourth event of the day. Despite a tough competition from other London unis, the Beaver defended his national Mascot race title for another year running!

Overall a successful day out for LSE, as despite some setback in our preparation we placed third in the University of London Championships. A tough season opener but a lot of promise for the outdoor competitions next term.

You want to be part of the team? It is not too late to join us, just get in touch via fb (LSE Athletics and Running), email lsesuathleticsandrunning@gmail.com or check out our Website www.lseathleticsrunning.co.uk!

PrevPreviousThe Will to Win
NextThe Cold Kick TrickNext
On Key