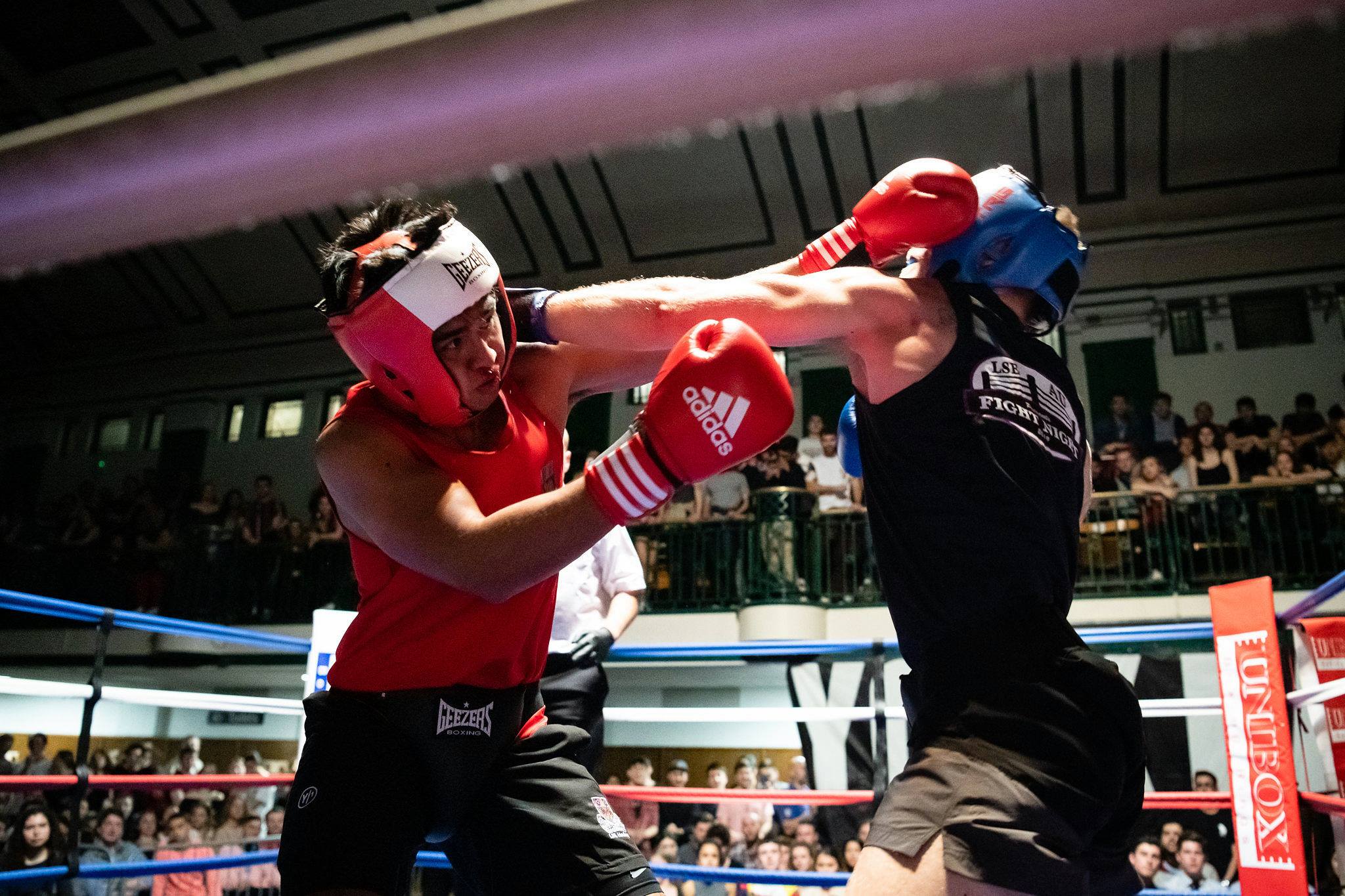 On Wednesday 27th February, LSE’s ‘event of the year’, Fight Night took place. It was hosted in York Hall, an international boxing venue, to a crowd of over 1000 people.

Fight night is an Athletics Union-run night hosting fights against different sporting teams within the AU. It also featured a varsity match pitting a fighter from King’s College London against LSE. Unfortunately, to the dismay of many LSE fans, KCL was victorious.

The individual winners of the fights were:

The screams from fans were deafening at times and people came equipped with large banners and custom-made t-shirts displaying their support.

After previously being hosted in the SU Venue, the event had to be moved this year due to safety concerns. The final, and most anticipated fight, was cancelled last year.

Organiser of Fight Night, Sophie Tofalides, was happy with the success of the evening:

“After my personal disappointment last year, I was desperate to make this the biggest and best LSE Fight Night. Although it was really challenging having to find a new venue, not being able to hold it at LSE turned out to be a blessing in disguise, as we were able to have 1,200 spectators in London’s most iconic boxing venue. The quality of the fighters were phenomenal and the crowds were electric – I’ve never experienced anything quite like it! I hope future Execs will build upon what I’ve started to make it even better.”

Austen Wright, one of the winning boxers, commented on his experience leading up to and after the fight:

“The fight was incredible, really everything you could have asked for as an athlete. A physical embodiment of months and months of hard work. Leading up to it there were definitely some pre performance jitters, like in any sport. However, once I took the time to hone in and focus all the anxiety really went away. There’s comfort in knowing that you have prepared for this moment and that you have the skills necessary to compete.”

Polina Andreeva, another victor who knocked out her opponent in the second round of the fight talks about her experience of the fight:

“I don’t even remember my match, I didn’t hear anybody in the sidelines during the fight, my mind went blank and i just kept punching, I was like: ‘we need to make this happen’”

She also mentions how appreciative she was of her supporters and the organisers of fight night:

“I was so happy that all my rugby friends came in kit and other friends bought t-shirts with my face on, the support was just amazing. The preparation was absolutely amazing also – the coaches, Sophie and Erin – my team captain, put so much of their time into training us, organising the event and making sure the night was the success it was.”

The ring team for fight night were wearing t-shirts supporting the Red Lips Project. The #WLTREDLIPS is a week-long project organised by WLT to remind women at LSE of their intrinsic strength and power. It aims to empower and inspire students to take pride in their identity.

Overall, Fight Night was deemed a success by the spectators, organisers and fighters and there are hopes for even more spectacular nights in the coming years.