On the 22nd November 2020, Finnish philosopher of sociality, social action, and social ontology, Raimo Tuomela sadly passed away at the age of 80.

He is perhaps best remembered as a giant in his discipline of the philosophy of social science. Tuomela was also a research associate at LSE’s Centre for Philosophy of Natural and Social Science (CPNSS), having made a significant impact on the Centre through both his academic work and regular lectures. He made his first two lectures at LSE in 1988, and then again in 1990, 1992, 1997, 2001, 2003, and 2006. Tuomela was an academic visitor to the Department of Philosophy, Logic, and Scientific Method in 1990 and 1996.

In 1968, Tuomela achieved his first PhD from the University of Helsinki, defending his dissertation on The Application Process of a Theory, and then in 1969 he achieved a second PhD from Stanford University, with a dissertation on Auxiliary Concepts within First-Order Scientific Theories. Tuomela’s early work focussed primarily on the structure of scientific theory, culminating in his 1973 book, Theoretical Concepts, which defended critical scientific realism. This work on scientific realism motivated the publication of his 1977 book, Human Action and Its Explanation, which presents the development of his causal theory of action, intentions, and psychology. His philosophy of human action sparked a shift in focus from the natural to the social sciences, and in 1983 he published A Theory of Social Action, in which he argues the relationship between his naturalistic, psychological theory of human action and the social world is first explicated, laying the foundations for a philosophy of social behaviour.

This fascination with the relationship between philosophical theories of social action and scientific theories of social cognition sets Tuomela’s work apart from others in the philosophy of social science, and left a lasting impact on his later work. In this later work, Tuomela investigates the nature of the different forms that social action takes in greater specificity, exploring joint actions, mutual beliefs, group goals, cooperation, social norms and practices.  Tuomela’s work also became very influential on the emerging field of social ontology, and with the publication of Social Ontology: Collective Intentionality and Group Agents in 2013, he was able to connect his ‘we-mode approach’ to social agency towards a broader philosophy of sociality—arguing for a categorical distinction between the private intentions of individuals and the intentions one holds as a member of a group.The legacy of Tuomela is deeply intertwined with the goals and aspirations of the Philosophy Department at  LSE—to produce philosophy informed by the sciences, and inform the sciences with the findings of philosophy. Particularly his work on social action and we-intentions will remain at the heart of the teaching of the philosophy of social science, and his integration of collective intentionality with the science of social cognition teaches a valuable lesson to anyone interested in working in the field. As LSE Professor Mattia Gallotti and John Michael wrote in their preface to Perspectives on Social Ontology and Social Cognition, “[t]o Raimo Tuomela we owe a particular debt.” 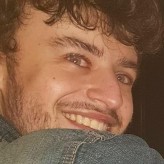