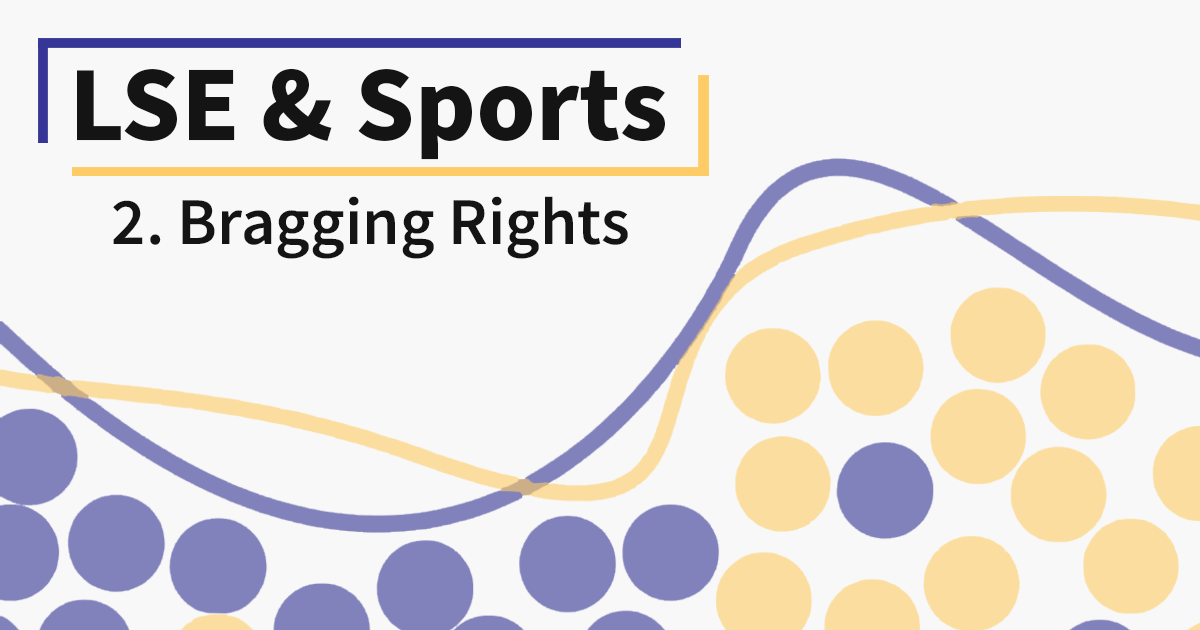 4423 games played, a win percentage of 48.86%, and poor head-to-head records against King’s College London (King’s) and University College London (UCL): these are some of the key findings uncovered in the previous article of this series. Now we shift our focus, and perhaps our blame, to individual sports. We seek to identify any particular sports clubs that, as of now, are silent superpowers or are yet to hit their stride.

Here’s the big reveal: Water Polo and Fencing teams have the strongest win percentage, Football and Rugby teams are bang average, and Netball and Futsal teams have some room for improvement.

Anyone who has played in a game against UCL, King’s, or Imperial knows the extra excitement and energy such a matchday presents. Whilst Cricket and Rugby typically seem to match up particularly well against our nemeses, Volleyball and Ultimate have struggled against LSE’s rivals.

Many students will have come and gone in the near decade of sport crystallised within the above graph. After three years of gliding across the Zoo dance floor and Berrylands grass or court, many people take a melancholic glance back at their coveted career, muttering about how much “standards have dropped” since their first year. The quality and win rate of LSE’s sports teams fluctuate, sometimes drastically, across the years, a phenomenon similar to US college sports teams. However, instead of declaring for the NFL or WNBA draft, we must make it through the Goldman Sachs or J.P. Morgan assessment centres. And while our student-athlete counterparts across the pond have access to professional facilities and tailored nutrition, training, and recovery programmes during their time at university, they have never had to embark on the sweat-laden journey down Angel tube station to make it in time for the 12:36 train to Berrylands—you tell me what is a more valuable life experience.

Given figures from separate clubs have thus far been combined (e.g. Women’s FC & Men’s FC), this may not tell us the full story. Perhaps the Women’s FC has been outperforming the Men’s FC in terms of win percentage, or vice versa. Going deeper into the data may help us uncover more nuanced information.

When combining the overall performance, it is clear that mixed teams have performed better than Men’s and Women’s teams. Again, this does not necessarily tell us the full story. Perhaps, by comparing all the sports that have both Men’s and Women’s (and/or mixed) teams, we can gain a better understanding of the dynamics at play, as the above table may be heavily influenced by some outliers.

And, indeed, we find that Women’s teams outperform their male counterparts in all sports but Badminton, Squash, and Volleyball (all highlighted in graph). For Fencing and Futsal this difference is particularly big. The table at the bottom of this page provides a more detailed, comprehensive overview of the overall performances by LSE sports teams from 2011–2019.

Sport at LSE is, of course, about so much more than win percentages and bragging rights—and I sincerely hope that future students will be able to enjoy it as much as I have been fortunate to do. But for now one question remains yet to be answered: is Berrylands really the LSE sports bastion it’s made out to be?