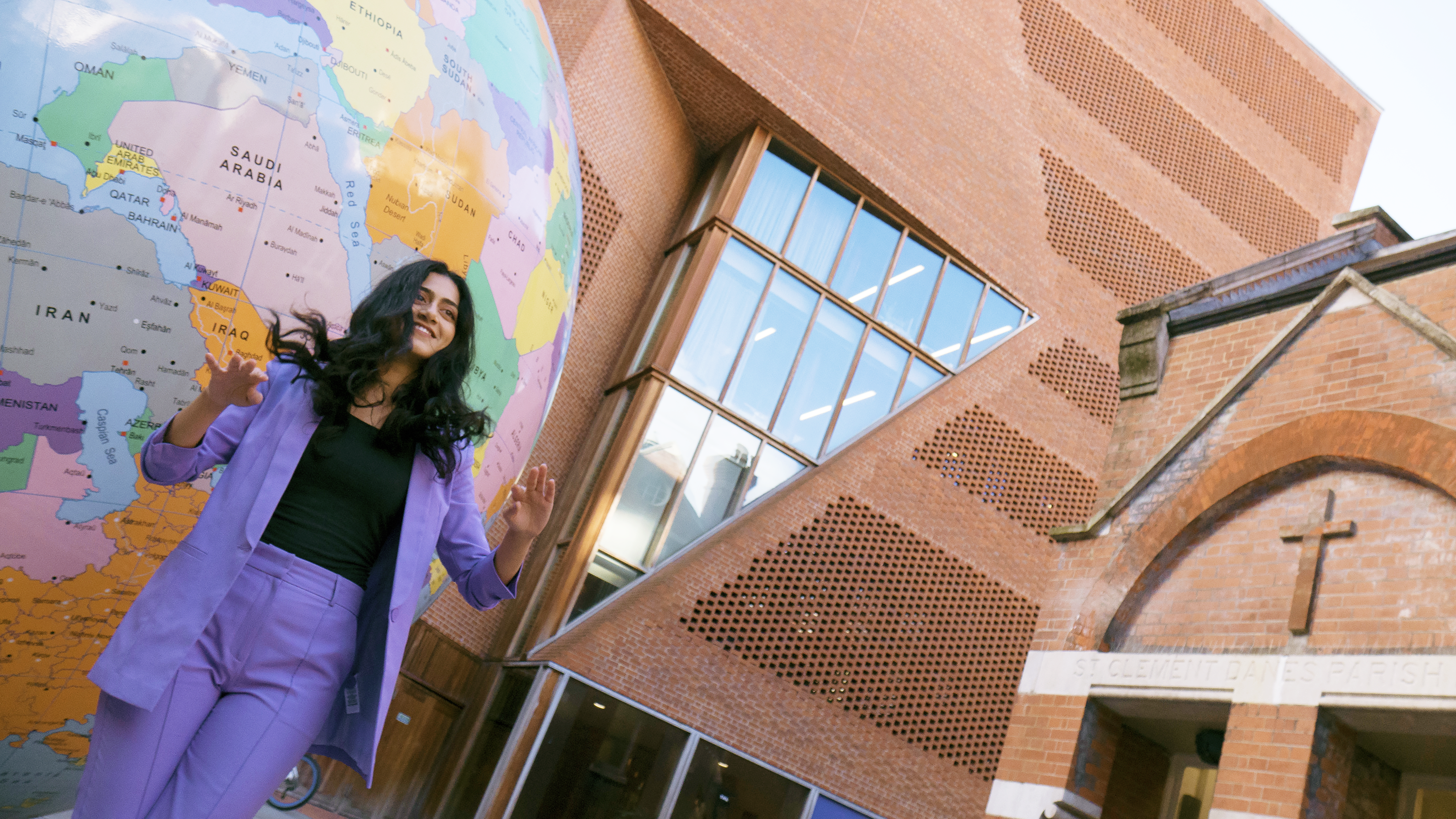 Mariam does it all: on top of being a part-time Masters’ student in the Department of International Relations, she is also a Labour Councillor for Manor Park, Newham and the co-founder of a new student-led IR magazine Gaze.

Before coming to LSE, Mariam studied Liberal Arts at King’s College London, majoring in politics. She decided to study International Relations for her Masters because she felt like she “didn’t get to learn much about the international system” in her undergraduate degree. “I think it’s important in the world that we live in where so many issues – climate change, the rise of the far-right – are all interconnected and global. It’s the challenge of the 21st century to tackle things present in the international.”

During her undergrad at King’s, the prevailing stereotype of LSE students was that they all wanted to go into corporate careers. “Coming here I can see how people forget that it’s not just the London School of Economics, there’s also political science. A lot of the student body wants to make a difference to the world and that’s taken for granted.” She adds that “some people want to get involved in corporate economics in order to change it”.

When Mariam stood for Labour Councillor, she was in her final year at King’s. “I was writing my dissertation in the months and days leading up to the election. My dissertation was due about three or four days after the election.” She grew up in Manor Park, where she is now a Councillor: “a lot of local people knew me because I was an activist working on campaigns in the neighbourhood. I was lucky enough to have their trust.”

Her day-to-day life as a councillor is hard to describe: “There’s never a day that’s exactly the same. One day I’m in Parliament for meetings, the next day I’m meeting local people or I’m debating policy in the council chamber. It keeps things very interesting.” Of course, I wanted to know how she maintained her work-life-school balance. She maintains that her secret to getting a lot of things done is waking up early. “Getting up at six in the morning isn’t the most fashionable thing to do as a student. But it means that I can get emails done, organise for my meetings and then go to work. Then I can come to LSE, take my classes and see family or friends in the evening.” Mariam also works on the weekends so “waking up early is seven days a week”.

Her latest project, Gaze, is an international relations magazine that wants “shed light on narratives that are traditionally hidden from mainstream international relations.” Using art, the project aims to “decolonise the syllabus and centre critical theories such as feminist theory”, overcoming gatekeeping in academic spaces. Together with artist Maria Mahfooz, she has secured funding from LSESU to produce this magazine. They’re open to submissions from LSE students and the public and Mariam underlines that contributors will be paid for their work.

Following this de-colonial turn, we discuss Mariam’s involvement in Decolonising LSE. She’s quick to point out that she isn’t “a face of the moment”. Decolonising LSE is a collective trying to ensure “LSE works towards an anti-racist, inclusive, equitable future”. The events put on by the collective have helped to inform her about a lot of issues by teaching “how our futures are interlinked.” She argues the most practical step LSE can onboard the aims of the collective is to ensure that we are “not just learning from a specific Eurocentric perspective all the time”. In her degree “most of the things that we learn about are theories that originate in Europe or the US”. She thinks “LSE has a duty to make sure that the power structures here in the university… are no longer asymmetric”

I asked Mariam to weigh in on the recent UGM motion to ban beef. She supports it in principle but thinks “that in order to actually tackle the climate crisis that we’re in, we need structural change, you need systems of change – changes of government.” She thinks there needs to be a “Green New Deal” to ensure that people in polluting industries are given support to transfer into new professions. For example, “a farmer who’s been farming for years… would need some support from the government if they’re trying to dedicate their time to another profession.”

Mariam’s social life is comparatively sedate. She lives with her family in her constituency and sees her friends “quite often”. She describes the time she spends with them as “sacrosanct”. She’s busy, but definitely enjoying it.

Gaze Magazine is accepting submissions from 2 March onwards at gazemagazine2020@gmail.com