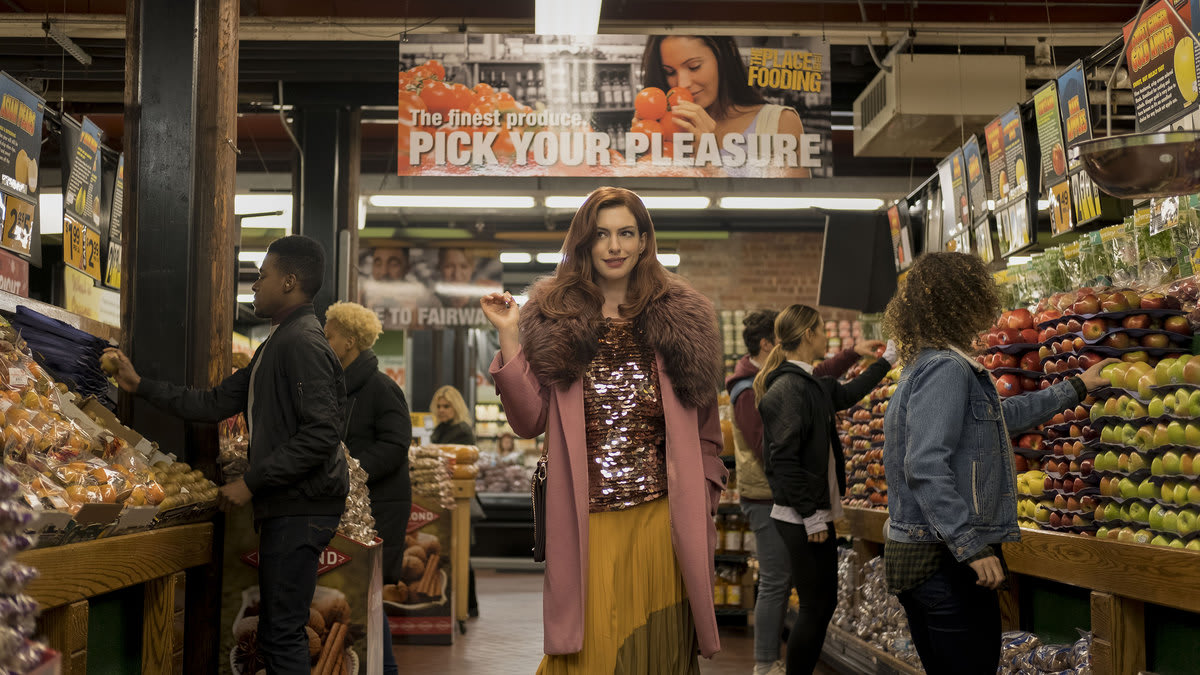 Modern Love, the popular New York Times column has been making readers laugh, cry, and cringe for fifteen years as writers dissect relationships from past lives. It’s fairly surprising that there’s never been a screen adaptation of Modern Love. Until now. Amazon Prime have done just this, hot on the heels of sparkling original series such as The Marvellous Mrs Maisel and The Man in the High Castle. The result is warm, clever, infuriating, and occasionally close to excellent.

Each of the eight episodes in Season One are based on a 1,500 word essay published in the NYT, with the original author taking on an executive producer role. This is a great creative choice and allows the adaptations to feel faithful to the original work. The obvious stand-out is episode is “Take Me As I Am, Whoever I Am”  starring Anne Hathaway as a woman balancing dating as well as handling the highs and lows of bipolar disorder. Hathaway excels with the strongest script in the series; her performance is magnetic and heartbreaking. In one of the few episodes that abides by a less conventional framework, she performs a Broadway number in a sequin dress standing in the middle of a supermarket as we get an insight into the workings of her brain. It may seem corny, but it’s this kind of non-conventional storytelling to portray human truths that accounts for the most compelling parts of Modern Love.

The penultimate scene of Hathaway’s episode provides, for me, the most achingly truthful part of the series. It beautifully illustrates the tender but firm way friends can scoop up your broken parts and safely cradle them for a while. This aspect warrants merit to the show: the majority of relationships they portray aren’t romantic, leaving space to explore platonic and familial ties.

Other noteworthy episodes include  Andrew Scott’s mega-watt talent and incredible emotional range in his portrayal of an affluent gay couple who plan to adopt a child from a homeless woman. Scott’s exceptional depth shines at the expense of the supporting cast.

There are occasional bum notes. “So He Looked Like Dad, But It Was Just Dinner. Right?” deals with large age gaps and father-daughter relationships. Its dynamism has potential, but is difficult to fully unpack in thirty minutes coupled with a half-baked lead performance from Julia Garner.

The roster of stars involved is staggering for a streaming service- Tina Fey, John Slattery, Andy Garcia as well as Hathaway, Andrew Scott and Dev Patel. It gives us a glimpse into a post-Netflix world where the most exciting parts are found outside of traditional networks. Ed Sheeran also has a cameo role, adding this series to a long list of things that are not improved by Ed Sheeran.

Modern Love has had numerous criticisms levelled at it- some valid, some not so much. Its character focus is narrow and on a certain kind of affluent cultured New Yorker: every frame seems to scream liberal metropolitan elite. None of the issues posed to our characters is a result of systematic oppression which, even in 2019, are genuine barriers across the world to “modern love”. Overlooking the slender social milieu makes it a more enjoyable watch. Something that has been extensively noted, and is a far more substantive critique, is the lack of black women. The only times women of colour are involved in the series are, eyrollingly, as the ‘supportive best friend’.

All in all, much like the column, Modern Love provides us with beautiful, moving, urban insights into the nature of contemporary relationships. All whilst sipping a flat white in a tasteful jumper strolling through Central Park.