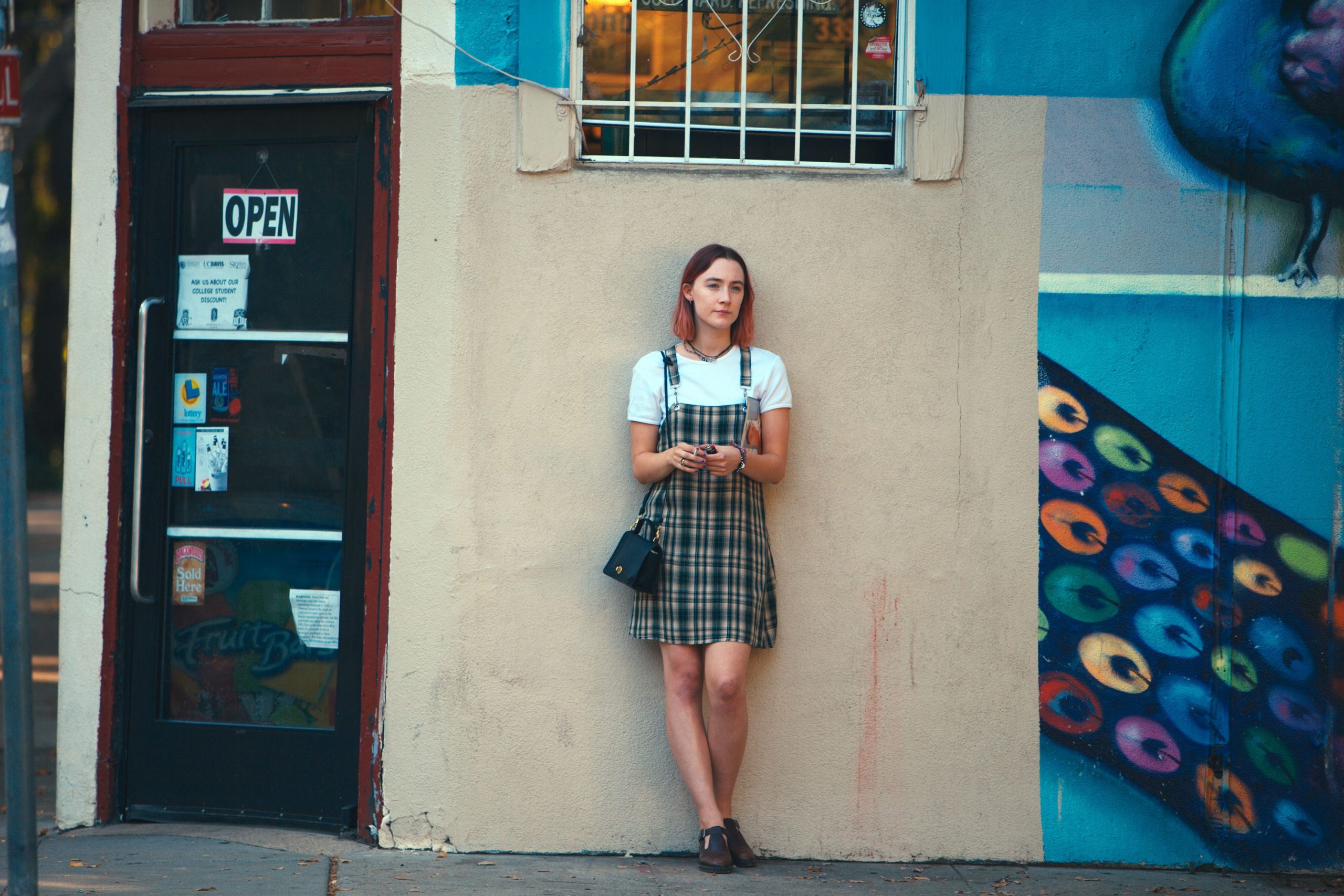 I haven’t attended church regularly in some time, so the learned voice of a priest and the inviting echo of a congregation and the all-too-appetising communion wafers introduced in the second scene of “Lady Bird” had a certain nostalgic quality. Though religious dogma in Greta Gerwig’s directorial debut generally ends here: ascribed on the fluorescent pink cast of one student, Christine “Lady Bird” McPherson (Saoirse Ronan), is a sharpied “FUCK YOU MOM”. Lady Bird and her best friend Julie (Beanie Feldstein) spend their time laying on the floor by the chapel, ingurgitating wafers and gossiping about their different-sized parts in the school play. When a smartass student tells the pair to dip out of the Costco tub, Julie barks back. “They’re not consecrated.”

It’s the school play that matters. As its leading man Lucas Hedges, as Danny, sings, and looks like, a Disney prince. To complicate matters Kyle (Timothée Chalamet) is a total catch, and far more dangerous than Danny, the woke guitarist who reads Howard Zinn and smokes alone by the pool at parties. This is only a hint at the high-school locale which underwrites the film beautifully, and, more importantly, with such truth. “Lady Bird” imparts a humane intimacy on all those lucky enough to see it, and a sense of emotional intelligence more long-lasting than the sharpie on her cast.

Though for a while it did seem like the opposite movie to the one you want to watch while getting over a crush – the potent Saoirse Ronan, badass and vulnerable in equal measure, doesn’t help things – “Lady Bird’s” humorous disposition and social nuances make it a far richer experience than it first let on. Christine’s blossoming is disrupted by her social anxieties, the unpredictabilities and inadequacies of others, the hardships in her home, and imperfect relationships with her parents, Larry and Marion (Tracey Letts and, more importantly, Laurie Metcalf). Her brother Miguel and his goth girlfriend, Shelly, who sleep on the living room’s aptly named pull-out coach, offer hints at the economic challenges facing even elite-college graduates. Adding to this pressure cooker is scattered footage of the ongoing war in Iraq, at the time still an apparent success. (You can see why Kyle opts for Zinn.)

“Lady Bird’s” loveable, ambitious soundtrack showcases without irony or pretence the sound of the era (Alanis Morrissette, the Dave Matthews Band). Gerwig’s gorgeous direction is equally unpretentious and effective, communicating Lady Bird’s hatred for, and love of, Sacramento in the most subtle, affecting ways, and when we least expect it. Under her lens the suburban neighbourhoods of Gerwig’s childhood feel deeply familiar – places which could be our hometowns, too. In her writing dramatic moments are tempered to be quiet, memorable exchanges, the kind that happen off screen, in our lives.

Lady Bird is a young woman who, despite the perceived unfulfillment of her surroundings and the austerity of her relationships, refuses to lose a childlike curiosity, and a rare capacity for wonder. Gerwig’s movie ensures, to a nihilistic film fan, that he’ll be keeping his a while longer.