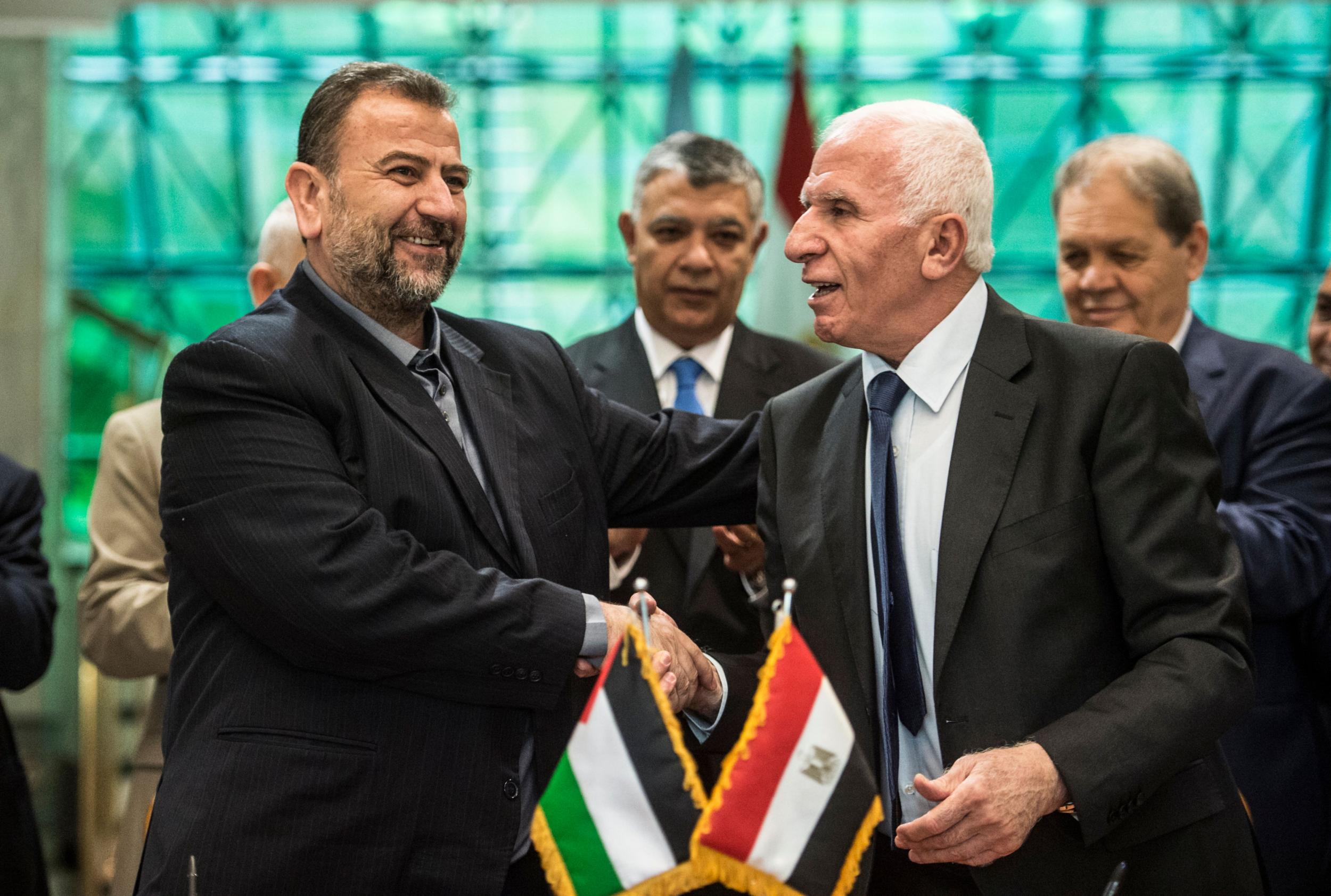 A historic agreement between rival Palestinian factions Fatah and Hamas was reached on Thursday, in the form of a reconciliation deal brokered by Egyptian intelligence and backed by Saudi Arabia and the United Arab Emirates.

The deal is being regarded as the first, decisive step towards constructing a united Palestinian political entity.

Western-backed Fatah and its more radical counterpart Hamas — the Islamic organisation headed by former prime minister Ismail Haniye — have been ruling Palestinian territory separately since 2006, when a legislative election resulted in violent in-fighting and the banishment of Fatah to the West Bank, leaving Hamas in control of the Gaza strip.

Founded by Yasser Arafat in 1965, Fatah is the main nationalist Palestinian party, led by Mahmoud Abbas, president of the Palestinian Authority (PA). Hamas, on the other hand, is deemed by many Western countries and Israel to be a terrorist organisation.

The reconciliatory deal recently signed in Cairo between the two factions has strengthened momentum for a reformation of the political structure of the PA, and a newfound political standing for president Abbas in the eventuality of any future rounds of peace talks with Israel.

The deal’s terms for unity include the complete resignation of authority in the Gaza strip by Hamas to the PA, including control of the Rafah border crossing — the only point of contact in Palestinian territory with Egypt, and effectively Gaza’s lifeline to the outside world — by the 1st of December.

Moreover, the PA has agreed to lift sanctions it has imposed on the strip, including cutting electricity to residents of Gaza, and the suspension of salaries of governmental workers living in Gaza. The two factions, assuming the agreement is realized, will also form a joint police form in Gaza and merge their ministries.

The accord has been defined by many as a “reality check” for Hamas, which has had to come to terms with the difficulties of governing a territory surrounded by rival states and subjected to sanctions that have transformed the strip into what some analysts have described as an “open-air prison”.

The situation in the Gaza strip has gotten increasingly harder to sustain, both for the local population and for the Hamas-led government, especially after its main ally in the region, Qatar, was accused by Saudi Arabia of supporting terrorist organisations like Islamic State (IS), leading to a large-scale diplomatic dispute.

Meanwhile, Israel, which has accused Hamas of being “mass murderers” and has strongly condemned any Fatah deals involving Hamas, has said that any accord regarding the creation of a ‘unified Palestinian front’ must observe the international agreements set by the Middle East Quartet – the United Nations, the European Union, the United States and Russia: the recognition of Israel and the disarmament of Hamas’ militia.

Though in the past tentative agreements between Fatah and Hamas have fallen through (the most recent examples being the failed deals of 2011 and 2014), one member of the Fatah delegation said that it was “time to fold the page of division forever.” At stake, he says, is not only the political unity of the Palestinian front but the fate of millions of people in a dire humanitarian crisis.