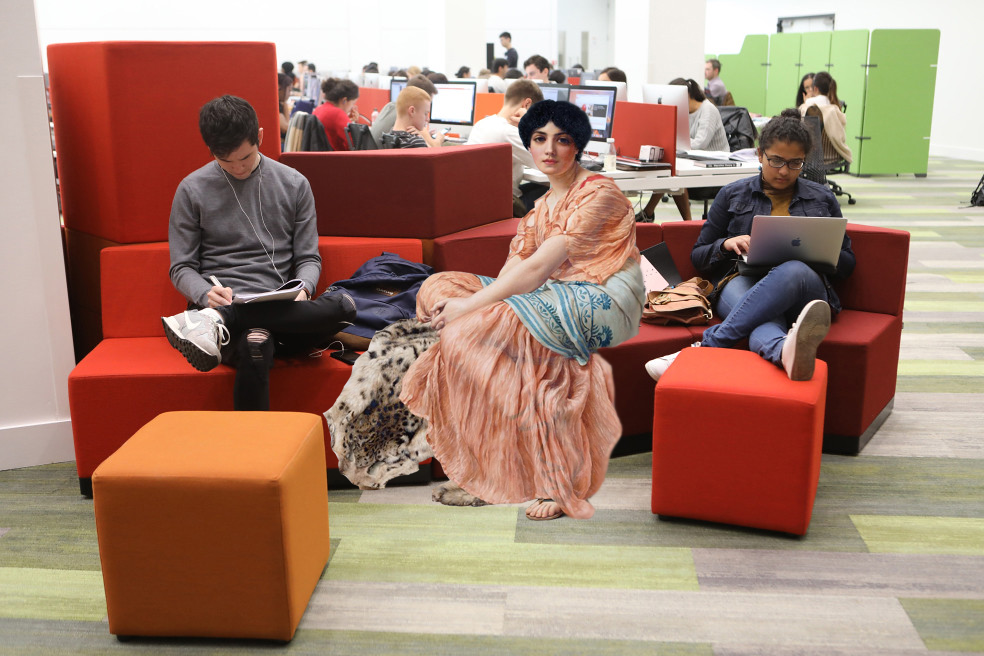 Sappho in the 21st Century

Sappho was an ancient Greek poet who lived on the island of Lesbos. She did so much gay stuff on the island that we named lesbians after it. Despite living ages ago, she has a lot to tell us about romance in the digital age. Here I will explore my favourites of her poetry fragments, as tweeted by the Twitter account @sapphobot. because nothing signifies queerness in the 21st century more than a Twitter bot posting translated fragments of Sappho’s work every two hours.

I have a deep adoration for Sappho Bot, because it’s how I came to familiarise myself with her poetry. It can be repetitive, as the bot runs out of new material to post after a while, but I’m awestruck at how a woman who lived millennia before me can be so damn relatable. Countless times I’ve scrolled past a Sappho Bot tweet, silently nodded to myself, and thought “Big mood.”

slender Aphrodite has overcome me

with longing for a girl.

Excuse my pun, but this one is a classic. Sappho’s poetry feels refreshingly honest compared to that of her contemporaries because she’s writing from her own feelings instead of trying to tell some epic story. She’s the hero of her story, a concept that’s yet to truly take hold in our times. Her humour also shines through in this fragment. Before there was Damien in Mean Girls, Sappho was letting us know that she was too gay to function.

Love is a cunning weaver of fantasies and fables.

Here, Sappho strikes a very different tone: it’s the type of thing I imagine she would tweet out after a less than pleasant break-up. Either way, it’s true. None of us like to critically reflect on the maladaptive fantasies we craft in our heads when we like someone. We should though, because the person in our head doesn’t exist.

And with sweet oil

and on a soft bed

you would let loose your longing

That’s right. Sappho fucks. Can you imagine receiving this sext in 610 BC? Scratch that, can you imagine receiving this sext now?  No one has quite managed to recapture this level of finesse. Here we are with the greatest technological capacity of any human society to date, and the best some of us can get is a late-night “u up?” text. I weep for humanity.

what country girl seduces your wits

not knowing how to pull the cloth to her ankles?

We know this feeling – when you see someone so effortlessly attractive as to boggle the senses, and completely they’re oblivious to the fact. I can’t speak much for the town-country divide present in this fragment, but there’s something beautifully sensual about the way Sappho has described her subject. She’s describing a girl whose charms are effortlessly maddening. It’s reminiscent of a first girl crush: being suddenly in awe of every facet of someone’s being, wondering if you want to be with her or be her.

you came and I was crazy for you

and you cooled my mind that burned with longing

Look, we can debate the meaning of the word “came” here but that would be juvenile. This fragment speaks to the feeling of completion, calm, and wholeness that comes with spending time with your beloved. I don’t think I’ve had a beloved yet; I’ve never felt this way with anyone. I suppose this fragment is particularly relatable for people in long-distance relationships. After spending weeks, or even months apart, the world is suddenly right again when you get to be together. Sure, we now at least have Facetime, Skype, and WhatsApp, but nothing comes close to replicating physical human contact.

You may forget but

let me tell you

will think of us

We’ve lost a lot of Sappho’s poetry, which is why most of her work exists in fragments like these. I’m particularly glad that this survived. Its message rings true now more than ever. In the Internet Age, it’s entirely impossible to be forgotten. The monumental EU law on the right to be forgotten only has clout within the EU itself. To some, that might be frightening, but for me, it’s exhilarating to think that my shitposting antics will entertain someone in the near or distant future. Long after climate change ravages the earth, someone will remember me. Her next fragment is very much in the same vein, so I think I shall let it stand on its own. Cheers Sappho, relatable poet hero of women-loving-women everywhere.