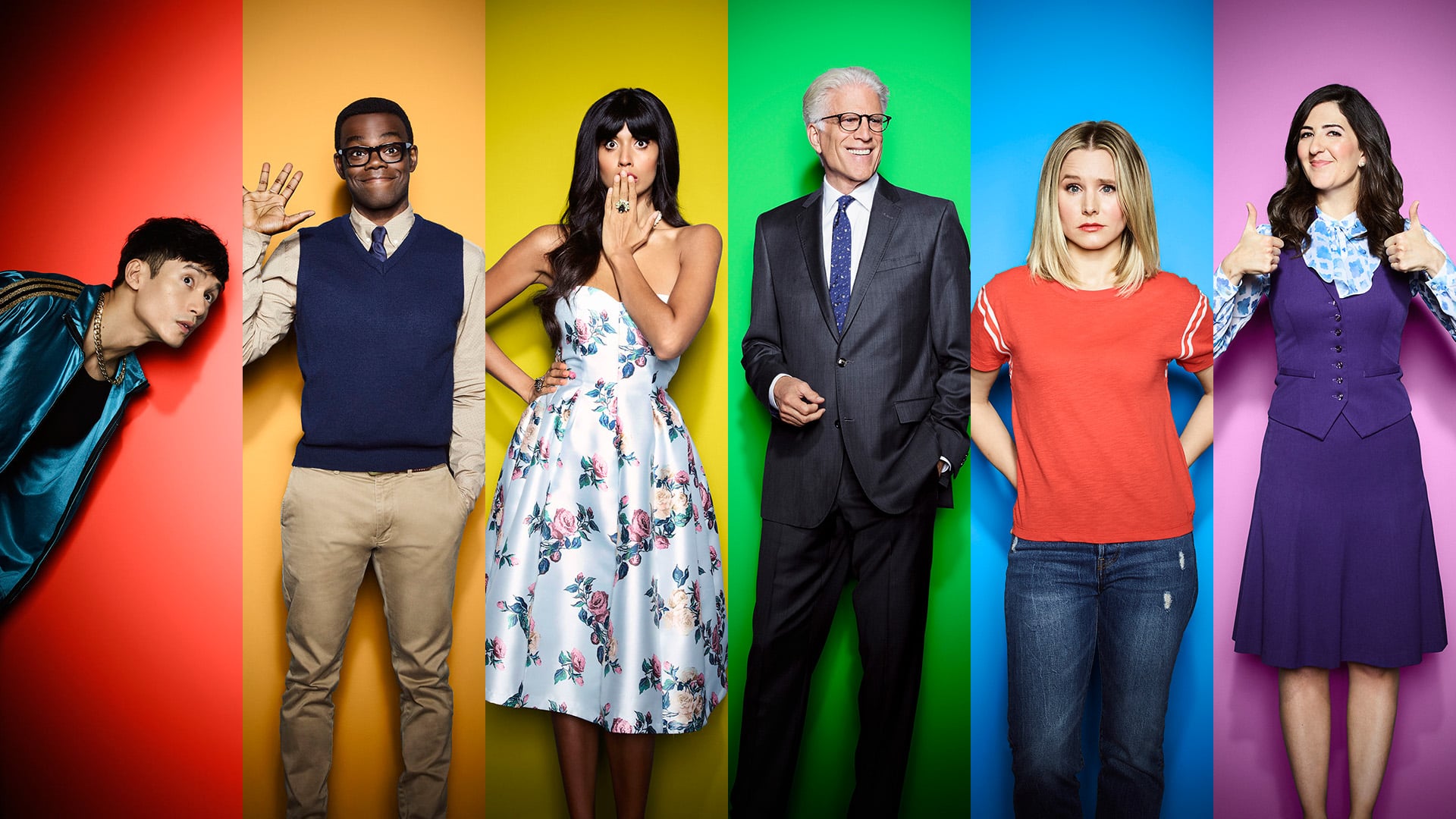 The Good Place: a philosophical outlook

The first part of the fourth and final season of Michael Schur’s The Good Place aired this month (the second will follow in January). The series deals with the morality of the afterlife from the point of view of lovable gang of humans and divine beings trying to reform the system. To celebrate it as a whole, I asked two second year philosophy students, Neil Crawford and Eric Chen, to offer their views on the show and its philosophy. When asked for a general opinion, they had similar reactions: Eric said, “I was pleasantly surprised by the show, and that it strikes the right balance to be accessible to its audience.” Neil agreed, saying, “Even if it just scratches the surface of the main theories of normative ethics, in the end it’s a comedy series”.

The moral dilemmas of perpetually anxious philosophy professor Chidi are often a source of comedy. “His character is a bit unrealistic,” says Eric, “After years of study, a moral philosopher would not be that indecisive… surely, he would have found some kind of equilibrium or certainty with his views”.

While Eric sympathises with the sense of moral paralysis, he argues “it is a complicated world, and it’s hard to know the full implications of your actions. [As a philosophy student] initially, you are introduced to a plethora of theories and ideas, and the cluelessness grows– but after a point, you make progress and know where you fit in.” Neil adds, “evaluating arguments can be difficult. Two people can come to very different conclusions despite being very rational and having the same information; but that doesn’t mean one of them is a bad philosopher.”

How do you make the right choice? The Good Place responds by briefly discussing ethical systems. Both Neil and Eric admit their preference for utilitarianism: While allowing for some moral uncertainty, the theory proposes that one’s actions are good or bad depending on their consequences. This makes it hard to know the full implications of your actions.  Eric claims that intuition allows that “you can weigh up the probability of different outcomes, but there are no straightforward answers”. Neil brings it closer to home. “While ordering takeaway, I am aware of the plastic being used, and I do worry about where the food is coming from. Ultimately, it is impossible to make a full calculation.” To summarise: it’s complicated.

What is the incentive to do good? The Good Place takes inspiration from Tim Scanlon’s What We Owe To Each Other. It’s slightly controversial: theoretically we are all bound to each other by a social contract which obligates people to treat one another well. Neil talks about reciprocity in theory, but it is also a practical concern in The Good Place. In the newest season of the show, we meet the obnoxious Brent Norwalk, aptly called ‘a toilet full of broccoli’. Through him, Season 4 questions whether anyone truly deserves to be in ‘the Bad Place’ (basically, Hell). When I propose that the powers that be may scrap the Bad Place by the end of the show, both say that the threat of the Bad Place acts as a disincentive.

When asked to give his version of an ideal ending, Eric said: “Everyone is told about the Good Place, and, since there is indefinite moral growth, everyone is simply motivated to grow towards the best version of themselves. They get rid of the boundary between life and death, where you are judged based on your actions when you were alive… In the end, there is no physical Bad Place.” Neil proposes that the show may end with the Points system (a sort of divine moral scoreboard) being re-calibrated: “Chidi and other moral philosophers are sent back to teach everyone how to be good people. The Good and Bad Places are replaced by a spectrum with a range [ensuring] there are hundreds of places in varying degrees of goodness”.

Without giving too much away, this season ends on a deeply moving note — quite literally. Nobody knows what the definitive answer will be on reforming the whole afterlife system. We will be back in January to review the season as a whole.