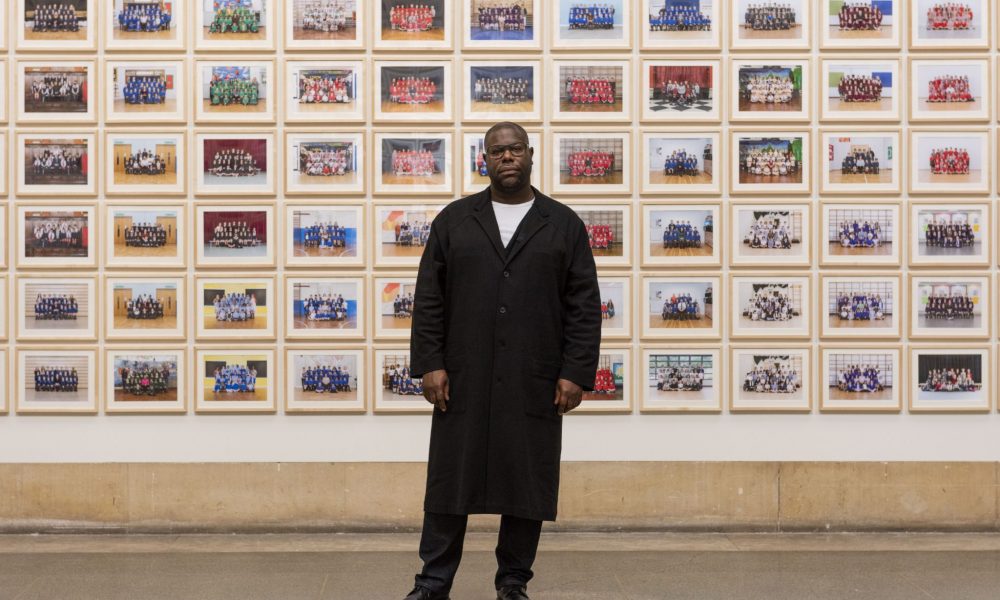 Steve McQueen’s staggering career has led him to win both an Academy Award and the Turner Prize before the age of forty-five. Returning to primary school may not seem to be a natural next step, but this is exactly what McQueen has done in Year Three at the Tate Britain – where the photographs of seventy-six thousand students from the aforementioned school year are hanging on the walls of the Duveen galleries.

McQueen aimed to photograph every Year Three student in London – in the end, he settled for around two-thirds. The photographs were taken over the course of the 2018-2019 academic year before being framed and installed en masse in the gallery which doubles as a walkway between the pre- and post-1540 artwork. The classes shown are similar – four rows of students, a teacher in the centre – but also intensely varied. In keeping with the fiercely egalitarian vision of the exhibit, there are no differences nor identifiable labels in any portrait, but it is clear that the classes hail from state, private, specialist, and pupil referral units. The majority are taken in front of cheery wall displays made out of brightly-coloured card or the climbing wall bars which are a hallmark of most childhoods. However, some are shot against more extravagant backdrops: one school opted for a black background with the subjects lit at the front, leaving it slightly reminiscent of a Brechtian play, or if Annie Lebowitz had mistakenly stumbled into a Key Stage Two class.

One may find the premise slightly cynical, literally nailing cuteness up on twenty-foot walls in an attempt to make people feel something, goddammit. However, it manages to be an oddly moving portrait of a generation and their future, as well as a reminiscence on a collective past.

The exhibition is an elegy to hula-hoops on fingers, dairylea dunkers in packed lunches,  violently ugly curtains hung in primary school halls, and teaching assistants’ M&S trousers.  There is a real joy found in seeing gap-toothed grins and legs emblazoned with Peppa Pig plasters hanging on walls a few meters down from oil paintings of Tudor heads of state. You are forced to revisit your days as a seven-year-old: five minutes in, I could smell the pungent varnish from my school hall and taste the daily dose of over-boiled vegetables we were served. You can see yourself as well as others; I found myself identifying the boys who would be doing the most outrageous knee skids at the school disco and the girls who would be commandeering the big skipping rope at breaktime. There are a number of glum faces and timid expressions – more than once I saw a child conspicuously picking their nose in the foreground. Rather than morose or nostalgic, this evocation was more effective at highlighting the fundamental commonality of humans than high-brow, complex exhibits.

Because I visited on a Sunday, the gallery was awash with children and families craning to find themselves on the wall, jubilantly, and entirely in the spirit of the exhibition. Seeing a space considered sacred and impenetrable overrun with children inspecting their own faces displayed as important works of art is pure sweetness.

The project’s specific focus on London is my minor gripe. While the lens of these projects is often reserved for the city, geographical diversity would solidify the already glowing high points of the exhibition.

My lingering regional resentment aside, Year Three is a tender but mighty love letter to youth and the unfettered optimism of children. We need it now more than ever.

Year Three is displayed in the Duveen Galleries of the Tate Britain until 3 May 2020, entry is free.