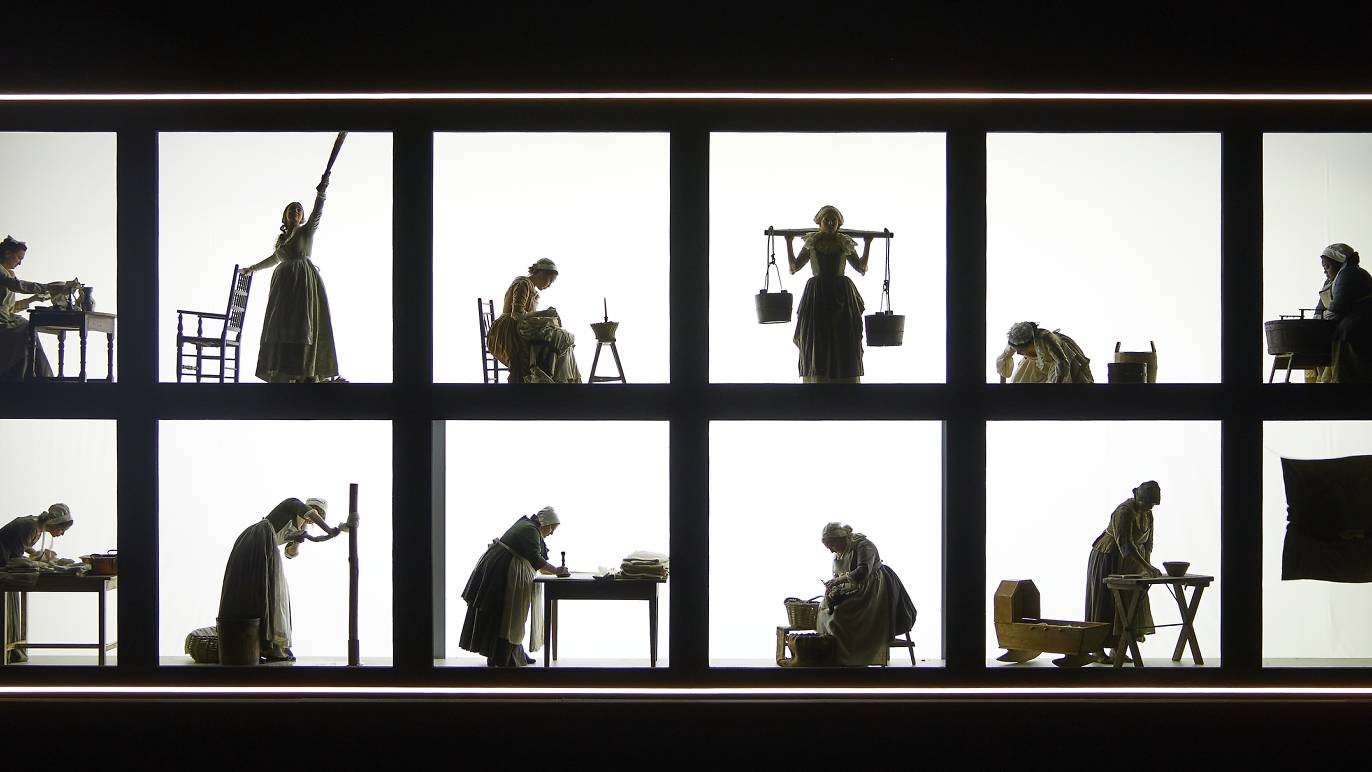 Some argue that current culture is plagued with a lack of originality: the reproduction of eighties fashion; the deluge of cinematic remakes, sequels, and biopics; as well as repetitive pop music. Therefore, when something truly original comes along, it deserves to be showered with praise. This is certainly true of Lucy Kirkwood’s The Welkin at the National Theatre.

Set in eighteenth-century Suffolk, the plot is reminiscent of the film Twelve Angry Men, a classic from 1957 about a hung jury of 12 men in a murder trial. In The Welkin, there is a pleasant difference: the adjudicators are all women, a ‘jury of matrons’, who must decide how to sentence a woman, Sally, for the murder of a local child. They are tasked with deciding whether the criminal should be transported or hanged following her claim that she is pregnant. Whilst this comparison first came to mind after the first act, by the second I pondered whether it was applicable at all. The Welkin does much more than Twelve Angry Men. Most powerful is the fact that the characters are connected by much more than being thrust into a room in a law court: they are linked by their femininity and the fact their value is tied to their fertility.

Welkin, meaning sky or heaven, is a theme replicated throughout the play. The ensemble looks to the skies for answers, and the play doubles as an exploration of Christian morality and the devil through talk of sex and fertility.

Sally is the epitome of deviance in this gender-rigid society: she is sexually aberrant, foul-mouthed, and vulgar. The power she garners by breaking free from societal norms is poignantly undercut by the power men wield over her life. For example, whether she is pregnant or not is decided by a male doctor, whilst her role in the murder of an eleven-year-old girl is implied by her cuckolded husband. In the end, despite the verdict reached by the jury of matrons, whether Sally lives or dies is settled by the decisions of men.

As somebody who was born in East Anglia, watching an entire cast attempt to perfect the delicate and particular accent is something to behold. Whilst discrepancies were frequent to the ears of a native such as myself, it was largely nit-picking. The performances by this ensemble were consistent, hilarious, and mesmerising, a symbiosis often difficult to achieve with such a large cast on stage for almost the whole show.

Some actors stood out especially: Maxine Peak plays a midwife central to the lives of the community, having brought many of them into the world. In this role, she clings to the responsibility of bargaining for Sally’s life. Ria Zmitwowz’s performance was captivating, manic, and powerful: conflicting the audience on the morality of capital punishment set against Sally’s obnoxious, unlikeable nature. Indeed, at times it feels as if we are also being challenged on the truth of her words in the face of her utter lack of remorse.

The Welkin was a joy to watch. The twelve distinct female characters provide a barrage of moral quandaries, questions of gender roles, and dramatic turns that make you wonder how such subjects could conjure a laugh. The Welkin toes the line between hilarious witticisms, relatable female experiences, and gut-wrenching realities of being a woman both past and present.

I left the theatre considering whether the treatment of women can be better characterised by continuity or change from the times of the play to my own. Whilst today we possess levels of autonomy over our bodies that the characters could only dream of, women’s value is often still linked to procreation. We assume that our doctors and the professors who write the articles on our reading list are male whilst laughing off sexist jokes for fear of being labelled the ‘feminist killjoy’. TheWelkin provides yet more evidence for the fact that we still have a way to go, through a gut-wrenching medium – one that brings bitter tears to the eye.