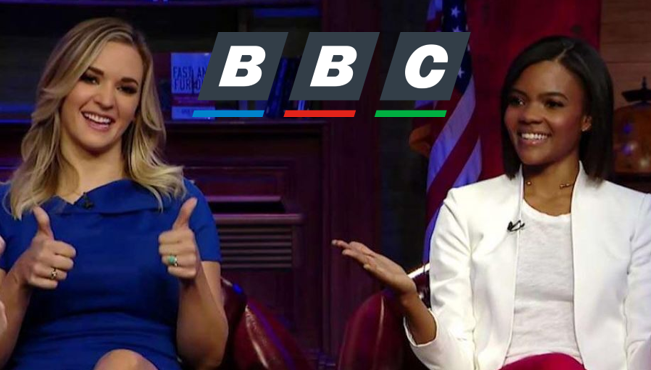 To survive, the BBC must learn from Fox News

This article has been written under a pseudonym.

What can America’s best news network teach the BBC?

As the Conservatives’ rule progresses, the BBC is confronted by its impending demise.  This has come in the shadow of well-founded accusations from the Conservative Party and public regarding bias throughout Boris Johnson’s election campaign, as well as his run for the Conservative leadership.

In the meantime, across the Atlantic, Fox News has seen continued success: its revenues rose by 12% in the first quarter of last year and it raked in $600 million Superbowl revenue. Fox’s success also spans its ability to differentiate itself from competitors, such as CNN and CNBC, who have been dragged into an endless war of attrition concerning who can denigrate President Trump the most. To thrive once again, the BBC should leave its leftist brainwashing and Boris-bashing behind and adopt the Fox model, or risk losing its central position in British media forever.

The first aspect of Fox News that the BBC can learn from is its patriotism. A single glance at Fox News’ online site demonstrates its love of the United States. This is evident in Fox’s personalised ‘military’ and ‘religion’ sections: each pinpointing key aspects of American culture that are coming under threat, including articles on the Navy SEAL who has his ‘Trump 2020’ flag stolen, and the outcry concerning anti-Jewish and anti-Christian acts being on the rise in France.

A love of America is also continuously asserted throughout Fox’s television output, which features content concerning the decline of patriotism amongst US millennials, as well as on the politicization of patriotism. In contrast, the BBC has resorted to creating mindless, anti-British drivel, such as comedian Nish Kumar’s special edition of the popular ‘Horrible Histories’ programme which, released on Brexit day, presents the idea that “hardly anything” British exists due to foreign influence over history.

The BBC’s attempt to brainwash children into believing revisionist leftwing history is reinforced by its almost suicidal decision to have the controversial rapper Stormzy read out St Luke’s Gospel on Christmas day, right after him having asserted publicly that Britain, one of the world’s most tolerant countries, is ‘definitely racist’. To begin its process of renewal, the BBC must end such self-destructive behaviours. Only then can it begin to stand for its country again.

With Stormzy also having been filmed telling children on a school visit for Vice’s music section ‘Noisey’ that ‘Boris Johnson is a bad man’, the BBC’s implicit endorsement of a figure so willing to publicly slate its leader shows a lack of political impartiality that used to define it as a stalwart of British culture. This is aligned with the sneering and often hostile tone the BBC adopted toward Boris Johnson during the December 2019 Election, as well as with Andrew Marr’s infamous pre-election interview with Boris: a slew of interruptions and insults (“you’re chuttering”) from Marr is further testament to the contempt the BBC holds towards Britain’s leader.

In contrast, throughout Trump’s tenure, Fox News has steadfastly supported the President, whilst maintaining an impartial perspective upon his policies.  Fox’s coverage of Trump’s impeachment trial has highlighted how measured and robust political reporting, free from belittling politicians, can strengthen discourse across the political spectrum.

Finally, Fox shows the BBC the importance of being a tolerant and inclusive media outlet. This was evidenced by its interview between famous black conservative Candayce Owens and Socialist professor Cornel West: one that was marked by mutual respect as both debated over whether Trump’s policies had harmed or aided black Americans. Moreover, Fox’s talk show programs frequently feature commentators from the other side of the cultural and political spectrum, including Democrat runner Andrew Yang and New York City Mayor Bill de Blasio.

In contrast, the BBC has shown it is against British values by endorsing racists and anti-Semites.  This was present in its selection of a man during the Conservative leadership contest that once tweeted: “how long are the Zionists going to hide behind the Holocaust cry?”, whilst also giving a platform to Labour’s anti-Semitic MP Richard Burton: currently running for deputy Labour leader. Burgon, once stating in a secret filmed Labour meeting that ‘Zionism is the enemy of peace‘, further represents the morass the BBC has sunk into.

Through learning Fox’s acceptance of other cultures and beliefs, the BBC can once more hold its head high. This need to emulate Fox is not only necessary for the BBC to become a respected media outlet once more, but for it to recover from the impending decriminalisation of its license fee. If the BBC is to ever become consumable by the British public again, it must adapt to a rapidly changing political landscape, or otherwise become an artefact of history.