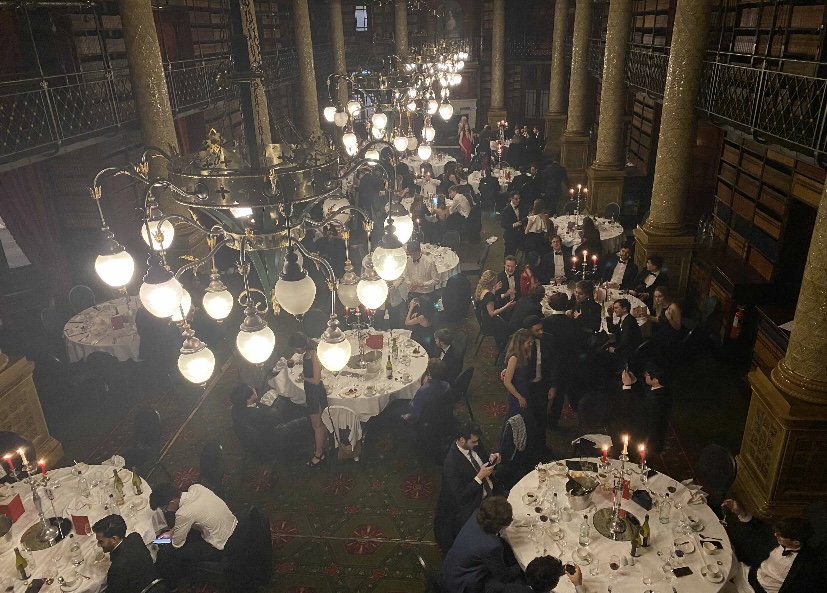 It’s that time of the year where a wide range of balls are on display at LSE, from the more refined Law and Diplomacy balls to various departmental balls like the Philosophy ball, and of course the most alcohol-heavy, the AU Ball.

We’ll be ranking the balls by price, location, size, food and drinks, and how enjoyable they are respectively. Without further ado, let’s get started!

Size: With students from universities all across the country, this was definitely the most diverse of the LSE balls.

Whether it was due to an SU admin failure or a lack of budget, there were no proper meals at the Diplomacy Ball. There were only occasional food-trays brought out which understandably caused stampedes. The 2 meagre drink tokens were not enough either, I guess size does matter.

The ball began with ambassadorial speeches, which I’m sure were great but the poor mic quality meant nobody could hear a word that was being said. As for the activities meant to pacify a bunch of drunk students – the main highlight was a camera machine that took a 360 video of people, which was a great way for some people to find out they are ugly from every angle. The music choice was just a highlight reel of every popular Instagram and TikTok song, and somewhere in between my ears bleeding, I saw a white light and a vision of heaven when a decent song was played.

Size: It was an impressively large room, equipped to fit hundreds of people – see the average LSE Student’s LinkedIn connections for a fair comparison.

As you’d expect from an establishment like the Savoy, there were elegant food options on display from a fixed menu. While they may have helped everyone fulfil their fantasies of living like a 19th century British aristocrat, the taste was ultimately unsatisfying. But at least the alcohol kept coming.

The Savoy Hotel was an incredible location for the event, from lavish chandeliers, paintings and pillars to its beautiful ballroom with a stage perfect for trying a backflip off a little later in the night. There were some professional photographers going around and taking shots of people. The photos they later published on a Google Drive will either be framed or used as a good reason for going to therapy. The DJs were actually pretty decent in terms of their song choices, despite the fact that they seemed to mostly be replicating ‘Now That’s What I Call Music 2009’.

Size: I feel like half the campus turned up to the ball – the room was absolutely packed.

An underwhelming three-course meal with a frankly unappetising dessert that I nearly had to spit out. Thankfully, there was enough free wine to go around, enough to make the day after utterly miserable, so I’ll give them that.

The venue was absolutely stunning, from the chandeliers, the marble staircase to the awesome giant mirror in the bathroom suitable for a group toilet mirror selfie to rival any Met Gala. But that was after a half-an-hour queue outside the venue for security checks. I did not understand the gender segregation arrangement, nor could my little brain comprehend why the guys’ line moved twenty times faster than the girls’. Apart from getting really pissed off by a guy who sat on the one and only seat near the dancefloor and refused to let my friend with insanely high heels sit down for two seconds, the night was fantastic. I got ridiculously drunk on the cheap wine and danced like a maniac on stage in heels the entire night. It is definitely a night that I will remember for a long time – every part of my body hurt the next day but it was worth it.

Price: £45 for Philosophy students and £55 for everyone else

Size: Around 100, which was cute until the dance floor was half empty.

(Had the veggie option) Great, though pretentious, starter and main. Underwhelming dessert which tasted very gravelly. Fair amount of wine but no open bar once dinner was over, which was fair considering the low ticket prices.

The venue was everything that you would hope for – it was super luxurious with the classical style, which was fitting for a Philosophy ball. Even the bathrooms were fancy! Getting into the venue was not a problem, which is always a plus. However, the song choices could have definitely improved. It was odd that the music switched from what it felt like 10 different genres throughout the night. Overall, it was a lovely night of dancing with friends (though our heels severely limited us to a basic two-step) and also meeting new people!

So what’s the consensus on the best balls at LSE? While not all of them were worth it, they were all enjoyable enough so long as you have good company, and it is probably worth going to at least one during your time at LSE.