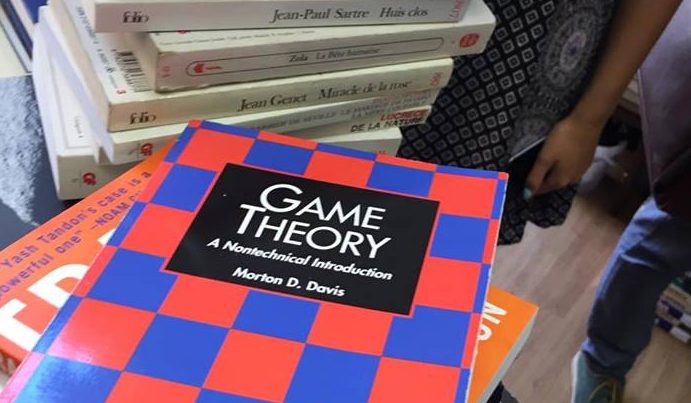 3. Game Theory: On The Hook

My dating experiences have on a whole been relatively normal, mostly consisting in either a few dates with a person and then deciding you’re not right for each other, or essentially getting fucked and chucked – something sadly common, but not something I’m going to talk about here.

The most unusual experience I have had so far is with someone I matched with on Tinder when I was visiting Leeds. I live in London so when he started messaging me when I got back I didn’t think anything would come of it. However, after a few days of messaging things started to get quite intense, to the point we couldn’t go a few minutes without talking.

He soon came to London to visit for 4 days where obviously I found out many things about him that hadn’t been apparent from our messages. He was extremely controlling, not wanting me to see my friends; something I found out was linked with his dominating fetish.

He was impulsive and couldn’t concentrate on things for long periods of time. After our first night together, I had to go to uni for a couple of hours before re-joining him to spend the weekend together. Not only did he say, ‘I love you’ as I left (bearing in mind we had spent about 12 hours together at this point) but as soon as I entered my class I got frantic messages from him telling me he was crying and panicking because he didn’t deserve me and didn’t understand why I gave him my time of day.

I rushed out of class to get back to him and reassure him I cared just as much as he, and the rest of the weekend was spent in a similar but back-and-forth pattern.

After he left I explained my experiences to my friends, who immediately distrusted him and discouraged me from staying in contact. In a sense, I had left the bubble that he created when he came. But he didn’t let me leave it fully; messaging me constantly, in a way that I now recognise as ‘lovebombing’; a dating trend where someone showers you with affection in order to keep your attention.

I am quite ashamed to admit that this pattern continued for months, as well as ‘submarining’; a concept that sounds like what it is – someone will disappear for weeks/months then suddenly reappear.

It was difficult to ignore such intense messages, when no one had ever said anything so intimate to me before, for instance that he wanted to move to London to be with me, to have a flat and a life and future together. It all culminated at a point after he had moved to Manchester to start a degree, where my sister was also at university. She had asked me to come up to visit her and I ended up spending the day and night with him, where he constantly manipulated and played me, fucked on drugs even though he’d told me he never touched them and if I did he wouldn’t speak to me.

He ignored me, instead going off with his mates and got annoyed that I said I’d rather stay in than go on a night out, but then straight after telling me he loved me. Then a message pops up on his computer from his ex, saying; ‘Please don’t shag anyone else, pick up your phone’, and another one from his mother; ‘Why is Ellie calling the house? Please call her’.

I couldn’t understand why he would be sleeping with his ex if he supposedly loved me.

I had previously attempted to remove him from my life, telling him we both needed to move on, his random and intense messages making me feel like I couldn’t really get serious with anyone else as he kept me on the hook. After this incident in Manchester I blocked him on everything, knowing this dynamic could continue indefinitely if I didn’t.

It is only now with distance and hindsight that I can really see how manipulative he was, at the time I was so infatuated it was impossible, something he ensured with the way that he treated me.

PrevPreviousMy Non-Binary Diary: Perfume Genius
NextTreat Yo’ Loved Ones (And Yo’ Self)Next
On Key