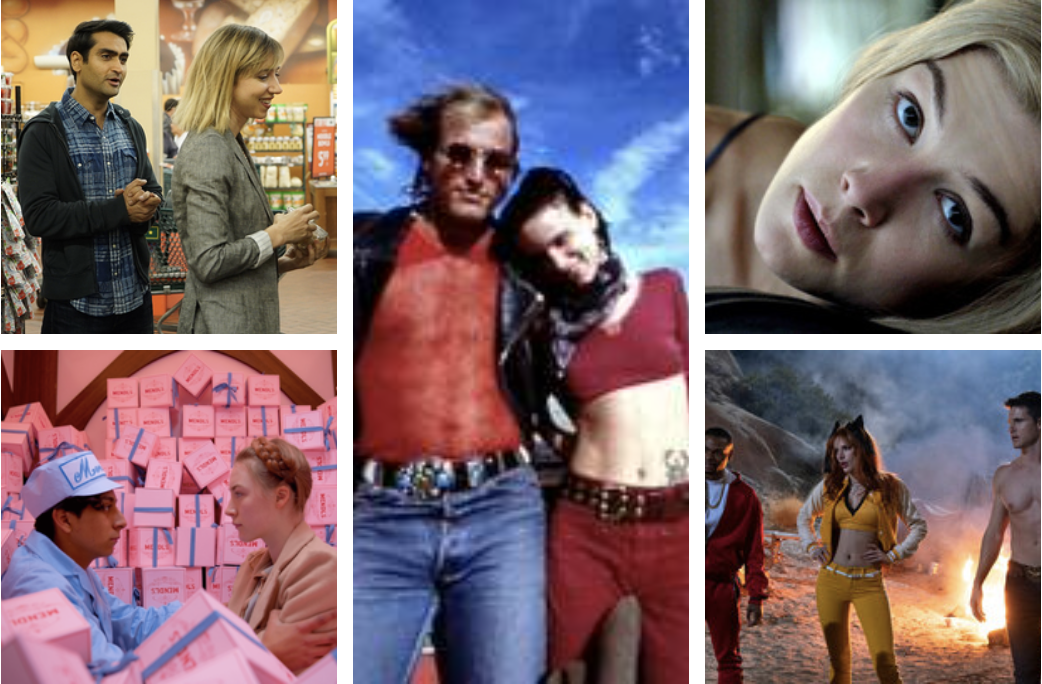 No matter your opinion on chocolates and flowers, your relationship status, or your views on successful marketing schemes, I think that we can all agree that Valentine’s Day can be varying degrees of cringe. But that shouldn’t stop you from watching a good movie to celebrate. In this list, I’ve attempted to include some more traditional watches, some unconventional ones, but hopefully there’s something for everyone to watch in honour of a horrible holiday.

This one is not for the faint of heart. With Woody Harrelson and Julitette Lewis as psychopathic serial killers in a quasi Bonnie and Clyde story by Quentin Tarentino, it’s not your traditional road trip film. It’s a gory, satirical trip through Americana, features pre-Iron Man Robert Downey Jr., and was rated the 8th most controversial film in history. For those who feel like nothing else could shock them, this might be the one for you.

Before Kumail Nanjiani became a Marvel star, he made this well written and truly funny film based on his real life relationship with his now wife Emily Gordon. It combines lighthearted family comedy with some serious themes as one of the pair contracts a mysterious illness, and includes maybe one of the best 9/11 jokes in all of cinema history.

Ben Affleck is probably better known for his forever tabloid covered relationship with Jennifer Lopez, so sometimes I forget that he can actually act, too. This film, based on the bestselling book, about a husband who becomes the prime suspect in his wife’s disappearance, is a perfectly paced thriller with some actually surprising twists. Not your traditional Valentine’s Day story, but Rosamund Pike and Ben Affleck give amazing portrayals of a couple that could be perfectly matched.

No, it’s not really necessary to see the first Babysitter to enjoy this horror comedy. Granted, this is your typical Netflix teen movie, but it’s pure fun for those who enjoy horror but aren’t really prepared to spend Valentine’s Day watching the Evil Dead. Besides some really good scenes on a jet ski, it’s a fun film that actually has an uplifting ending.

I will never not include this one on a recommendation list if it can be helped. This beautiful film is a must-watch, if not for it’s whimsical atmosphere, brilliant score, and all star cast, at least for understanding Wes Anderson’s cultural impact on film and film bros everywhere. Among other things, it’s the sweet love story between Zero, the hotel lobby boy, and Agatha, a pastry chef that really clinches it’s spot on this list.

Available on: Disney Plus and Amazon Prime

PrevPreviousYour book doesn’t have to start on the first of January
Next5 books to binge-read while you’re alone on valentine’s day: an anti-valentine’s reading list Next
On Key