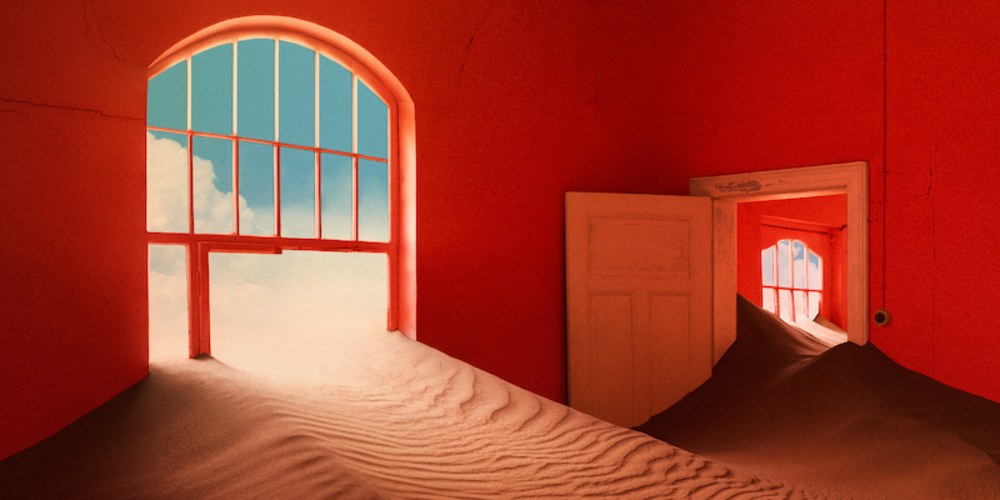 Whether because of his uncanny resemblance to Jesus, or his penchant for penning some of the most exciting music of the decade, Tame Impala’s Kevin Parker has come to acquire somewhat of a cult status. After the huge success of 2015’s Currents, it felt as if the world was waiting for a sequel. As of two weeks ago, the wait is over. The fruit of Parker’s labour – written, recorded, and produced at his reclusive family home in a small town on Australia’s West Coast – is The Slow Rush. In a near hour-long exploration of time and introspection, The Slow Rush marks a definitive step away from the psychedelic maximalism of Tame Impala’s first two albums, Innerspeaker and Lonerism, in favour of a smoother, sleeker sound.

For some Tame Impala puritans, this shift toward pop – not to mention the headlining of Coachella, and Parker’s recent collaborations with big names like Travis Scott and Lady Gaga – may seem like a betrayal. If the hour-long queue outside the listening party at Shoreditch’s Dreambags Jaguar Shoes was anything to go by, the band have well and truly emerged from the obscurity of Australia’s (surprisingly abundant) psych-rock scene, into the mainstream. But herein lies Parker’s genius: Far from succumbing to the mould (in both senses of the word) of 2020 chart-toppers, The Slow Rush is a study in controlled, intentional pop-ification. It feels commonplace to lament that today’s pop music doesn’t compare to the golden age of music, when Bowie and Hendrix and Jagger ruled the world. But The Slow Rush, with its groove-heavy basslines and catchy piano riffs, coolly and adeptly belies this disillusionment.

While Parker’s new, upbeat sound shines throughout the album, the intricacy of his writing, and impeccable attention to detail in production, are a sure sign that his perfectionism has remained constant. One More Year is a stellar opener to the album, setting a theme of temporality that is cleverly – if not overtly – weaved throughout the album. The penultimate, disco-infused track, Glimmer is another highlight, as is Tomorrow’s Dust – probably the strongest reference to Tame Impala of old, with classic Parker falsetto and distorted synths. Borderline was released as a single last April, and has been edited and extended by Parker for the album version – a welcome update of what has already proven a hit. Ultimately, The Slow Rush’s seamless tracklist proves the versatility of the band – Parker is just as influenced by Supertramp (seen in the glorious keys of It Might Be Time), as he is comfortable penning a groovy psych-rock banger, in Breathe Deeper.

Lyrically The Slow Rush may leave a little to be desired – the looping of lyrics ‘strictly speaking, I’m still on track,’ in On Track seems a slightly trite by-product the pivot to pop. Still, this is like a small price to pay for the sonic detail and superb production we receive in return. With the recent release of King Krule’s Man Alive!, Moses Boyd’s Dark Matter, and The Big Moon’s Walking Like We Do, The Slow Rush hopefully marks the beginning of what is sure to be a year of quality music infiltrating the mainstream. I can only hope that The Slow Rush gets the recognition it deserves in promulgating a brand of pop music based on perfectionist production, and genuine musical talent.