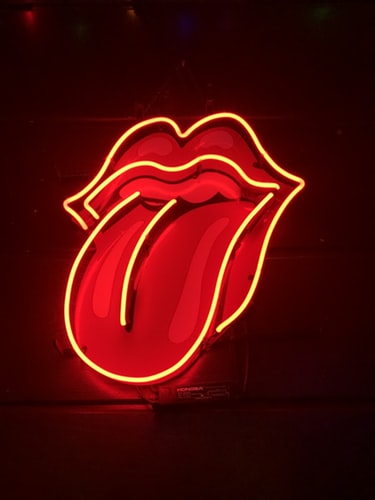 I can taste marijuana on the tip of his tongue.

And his nose ring was cold from the Melbourne winter.

I can trace ribcage under his skin, moving my finger

across his tall stature like a pen that an artist pushes

against the outline of a statue of a stick-man

that stands as a skeleton in a modern art

exhibit. I stumble to find words to press out

of my lips but he catches me off guard with a

with mine. And I try to hold instinct at the back of my throat.

I question, in my head, how genuine his desire

of my aesthetic could be, and if it were perhaps the

spliff he had lit hours ago that was drawing a cloud

of drug-induced disillusion. And I had been smoking

disbelief since the day I knew what a mirror meant.

And how I would fit inside it. And how it showed me

a difference of what people saw of me. And how smoke

married it to cast a trick on me, make me believe a

distortion of me to be truth. And I still smoke that disbelief,

step in the path of Adonis, and the beauty he carries in

his stature. Or so I do not cast a shadow on skeleton

frames that defy gravity. Sometimes, I fear what my mirror

shows me, and I shrink my thoughts, hoping my body would

mimic. Other times, I learn to accept the image, and I

smoke the disbelief on instinct when he tells me i’m cute.

I cannot, or refuse, to grant him an acceptance of what

he sees in me. And I expect ulterior motives to crawl

out of his ribcage and skinny fingers, through his paper

pale skin. I still taste marijuana on the tip of his tongue.