Artists are intimidating. Especially if you are like me, helpless when it comes to drawing, or painting, or anything that requires working with your hands. As expected, I couldn’t help but feel awkward and inadequate as Alanah and I talked about her artwork and the role it plays in her life. But more than that, I was fascinated to hear how a girl who loves philosophy and maths makes it all come together in incredible art pieces.

Alanah’s natural reaction in life has always been to draw. “In primary school, I wanted to impress my year 5 teacher, so I drew him a picture of William Shakespeare.” Because who hasn’t, right?  As a little girl, she used to make her mum and brother sit around the table for art lessons. “I’d be like ‘today we are going to draw flowers or teddy bears’ – then my brother would draw stick men with guns and I’d get really angry at him.” In year 6, she was lucky to have a teacher who was an artist herself, who spent break times helping Alanah cultivate her drawing skills. “The last day of primary school, she drew everyone like characters and she drew me with a little paintbrush. I think that really stuck with me, that’s when it became a big part of my identity.”

By the time Alanah reached year 13, she had slowly lost her passion for drawing. A-level art was not inspiring or motivating. “I didn’t know at all what I wanted to do with my future and I didn’t really take applications seriously.” She only applied to one degree, a foundation diploma in graphic design at UAL. Alanah already knew she didn’t want to do it. “I completely flopped it. There was a group presentation [as part of the admissions process] and I knew straight away that I didn’t get in.” For Alanah, getting rejected for the foundation diploma “was a pivotal moment, my direction changed completely”.

For some time though, she didn’t know what this new direction actually meant: “I was like: crap, I just got out of A-levels and I have nothing planned, I don’t know what to do with my life and I’ve been rejected which really hurts.” Having no back-up plan, Alanah took a gap year. Seeing her friends go off to university was not easy, but it gave her the space and time to sit down and ask herself: “What do I actually miss from school now that I’m out of it?” After some reflection, Alanah decided she was going to apply to study at university a subject she had always enjoyed at school, Philosophy.

To Alanah’s surprise, she was accepted for an internship during that year as a consultant in a marketing firm. There Alanah was encouraged to start illustrating again and happy to find a work opportunity where she was valued for her creativity. At around the same time, Alanah got accepted to LSE to study the BSc in Philosophy, Logic and Scientific Method. “I didn’t even know where LSE was!” In truth, Alanah wanted to study Mathematics and Philosophy at – guess where – Oxford. LSE was only her fifth choice. “When I got my offer, I was at the office and was like ‘guys, LSE gave me an offer’ and it was only when I saw everyone’s very surprised faces that I realised that maybe I should have a look at what LSE is all about.” For someone with a strong artistic vein, Alanah found herself attracted to the whole businessy and commercial vibe. “I have always been a very head-in-the-clouds kind of person, I needed that groundness. I thought LSE would keep me in check.”

In her first year at university, Alanah joined LSE Generate, the School’s programme for student entrepreneurs, to try to get help selling her art online. “Actually, you can help us,” they told her. For the first time in her life, Alanah took on a painting project, creating a mural in their new office space in Sardinia House. When LSE Generate proposed the idea, Alanah was hesitant, “I had never painted a mural before, I was like ‘are you sure?’. But looking back, it was well worth the effort. “It’s crazy to think that my work is on the walls of LSE […] [LSE Generate] have been incredible in pushing me and giving me such amazing opportunities.” When it comes to student life, Alanah embraced the opportunities provided by PuLSE Radio and the Creative Network to work on new illustrative projects, and has met some incredible people that celebrate LSE’s creative talent everyday.

When I tried to understand Alanah’s creative process, I was not surprised to hear that when she is doing art for herself, she switches off completely: “Sometimes I do illustrating and I don’t even know how that happened”. She usually starts by drawing boxes, shapes, and lines, which is definitely connected to her maths-oriented brain. There is an introspective side to all her pieces, that Alanah thinks is related to her degree, which she loves, and her interest in moral philosophy.

The process of creating art for someone else is trickier. “I get much more scared and insecure […] what if they hate it?” – that’s usually when Alanah procrastinates and art runs the risk of becoming “not fun”. “I usually start with Pinterest and look around to get as much inspiration as I can before something clicks.” Alanah admitted that she gets easily bored with her previous work when she draws something new – in an almost destructive process. “I cringe a lot with my old stuff over very small things.”

Lately, she has been drawing inspiration from Instagram accounts where creatives share work that integrates self-help and self-improvement. “I want to get on board with that.” Alanah has always wanted to make art that is not just pretty, but that has an actual impact and can help people. “I want to strive to make altruistic art, art that does good.”

Coming to terms with the idea that she is an artist is in itself something Alanah struggles with: “I always thought that being called an artist was so inaccessible […] only for really famous artists, usually men.” There was something pretentious about it to Alanah, but it wasn’t entirely bad. “I never was aiming to be just an artist […] I always set my goals further. If I hadn’t had that insecurity I wouldn’t have gone to LSE.” Alanah became a lot more confident when she started getting paid for her work and filling contracts that said “the artist Alanah Sarginson”. “It’s still a slow process because I feel a bit vain and obnoxious for calling myself an illustrator…but I’m growing into it I think.”

The pandemic changed her drawing habits in different stages. “In the first lockdown I was so inspired by all the change happening that all I could do was draw.” Alanah was aware that once things got back to normal she would probably not draw as much: “It can be isolating, it’s just me in my room.” Then summer came, life got busy and as time passed, Alanah stopped feeling the urge to draw. The continued lockdown throughout the winter stopped being a source of motivation and instead made it very difficult for her to find the courage to draw, which is in itself a retrospective process. She sat down to make artwork once again only a few weeks ago.

Alanah says she is happy with where art is in her life. “Art can be overwhelming and I hate it if I have too much on.” She wants to have a full-time job and keep making art on the side. “I’m slating the whole art community but I think art can be a bit self-fulfilling and I want to do something that contributes more concretely to society.” Still, she would love to have her own illustration exhibition. “I want to go into consulting for a bit and eventually I want to do either more research-based things – I am really interested in ethical business – or some kind of pro bono consulting for charities or think tanks. Something that allows me to intellectually contribute.”

Throughout our conversation, Alanah mentioned quite a few times how she is not one for forward planning and how she tends to stumble into things: the gap year internship she got out of the blue and that inspired her to start drawing again, getting into LSE without knowing much about the university, and so on. Her plans for the future sound great, but she and I both know there will be lots of twists and turns along the way. Either way, let’s hope she keeps the art thing going, because it’s bringing life to the walls of our buildings at the heart of LSE. And it’s oh so good. 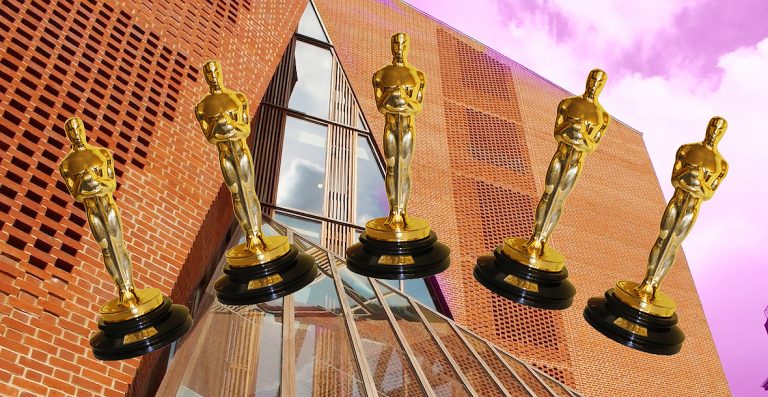 The Oscars of the LSE SU 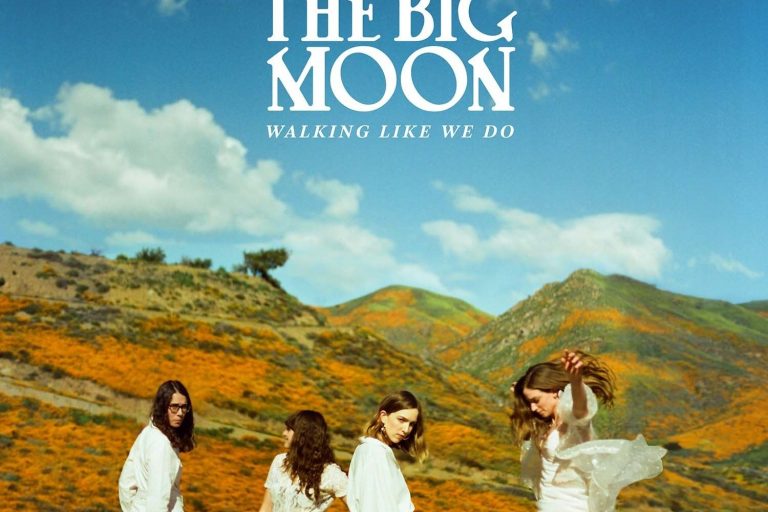 The Big Moon’s ‘Walking Like We Do’ – half-full glasses 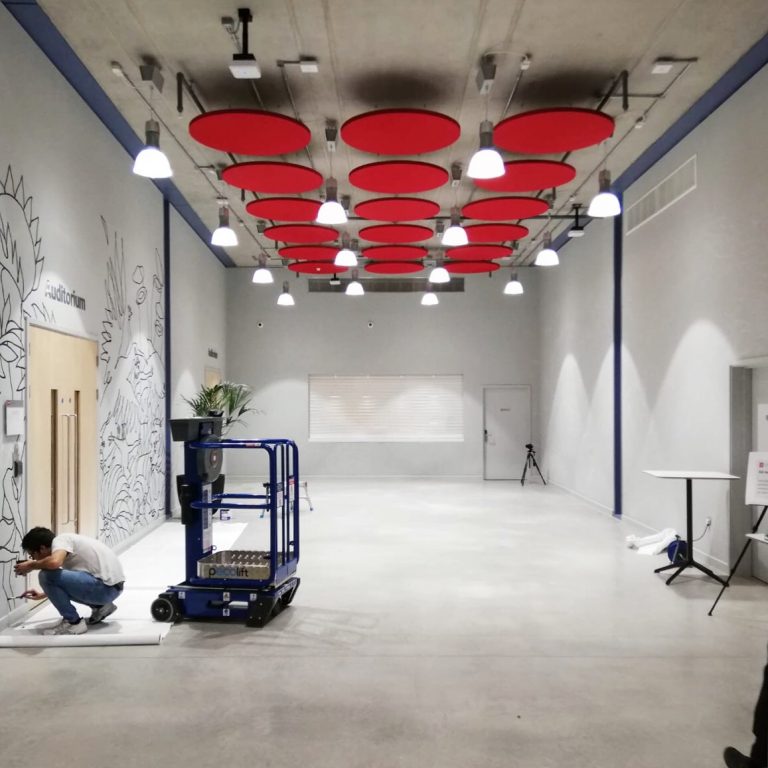