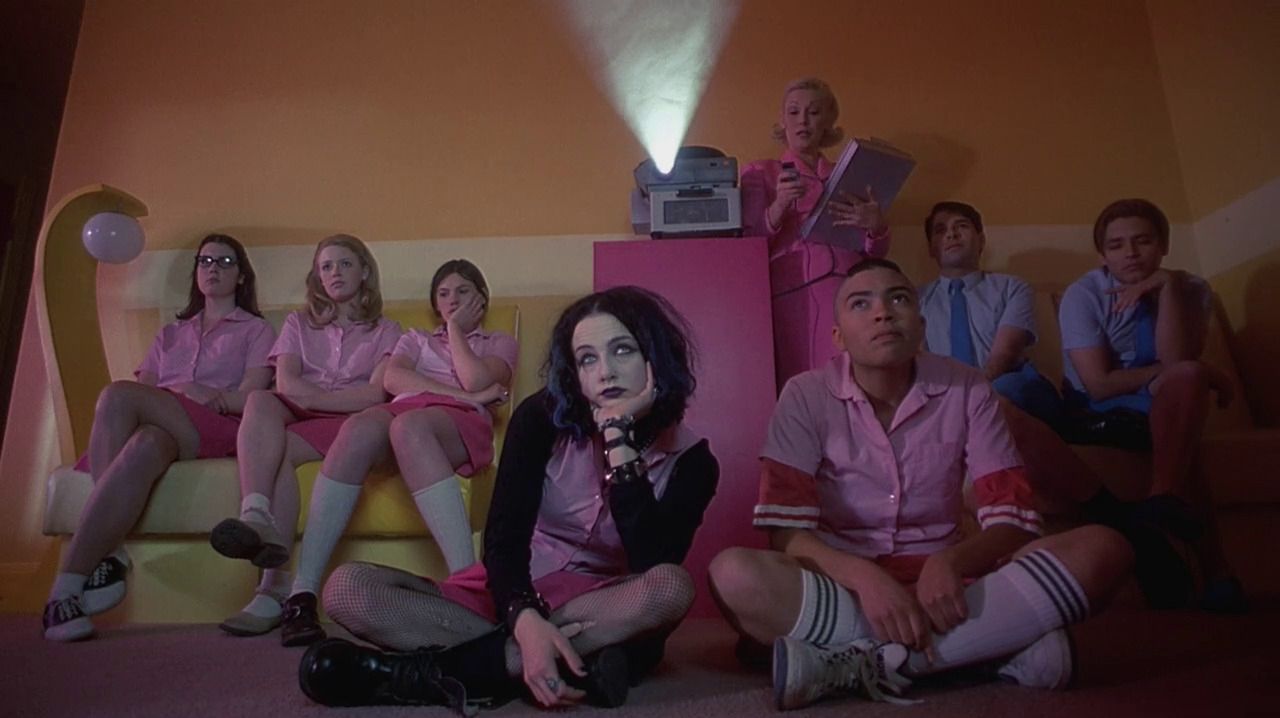 All around the world: queer films you absolutely have to see

There’s something for everyone on this list. I spent my closeted youth indulging in some of these films, and I’m glad I finally have people to share them with. One thing I’ve made sure NOT to put on this list is any film that ends in tragedy. Enough of those, Hollywood. I can promise you that all of these are quality content. Try at least one of them – even if you’re not queer – they’re still damn good stories.

This list has a lot of coming-of-age and semi-autobiographical films. Why? Well, some argue that queer people have a completely different understanding of time from The Straights™, and I reckon they’re right. No matter what age you come out, the vulnerability of the experience has a way of making you feel like a teenager.

Megan (Natasha Lyonne) is an all-American girl who can’t seem to find happiness with her boyfriend. Her parent’s solution is to send her to a gay conversion camp, where she meets all sorts of colourful folk. This hilarious satire highlights how ridiculous performing heteronormativity can feel when it just isn’t for you

This Brazilian indie film is a monument to the time-honoured trope of friends to lovers. Leonardo, a blind student, and Gabriel, the new kid in class, are paired up for a group project and the rest is history. This is a great movie for its beautiful scenery, honest kisses, and a commitment to showing disabled people finding love.

This tender coming-of-age film documents the friendship between two Chicana high schoolers in Los Angeles. Despite the propensity of this genre to fall into cliché after cliché, Mosquita y Mari manages to strike a mature tone as it explores the struggles of being undocumented, low-income, and a teenage girl all at once.

Jongens is a Dutch film about two boys training for a relay race, slowly coming to realise they like each other but totally not being prepared for what that means. Much of this film is without dialogue, a testament to how incredibly well-acted it is.

This French-Canadian import is the semi-autobiographical directorial debut of Xavier Dolan. It details the tumultuous mother-son relationship between Hubert (Dolan) and Chantale (Anne Dorval). It’s not a coming-out story – his sexuality has very little to do with their troubled relationship – but has all the drama of one.

Okay, this one I haven’t personally watched but we’ve done a review of it already so it doesn’t matter. Basically, Kenyan lesbians in a coming-of-age story. It slaps.

Finally, something out of Argentina that isn’t beef or a debt default. While university student Lucia (Cecilia Valenzuela Gioia) struggles to overcome overwhelming panic attacks she also discovers her sexuality. Like #5, this is a semi-autobiographical directorial debut.

Dark comedy done right. Loosely based on actual historical events, the film contains all the drama and competitiveness of life in the court of Queen Anne of Britain. Basically, what I’m trying to say is that I came away from this film with the impression that this is the era when the English MAY have invented camp. Imagine 18th century RuPaul’s Drag Race, except all the queens are members of the royal household vying for the attentions of Queen Anne.

Yes, another semi-autobiographical directorial debut. Go figure. Unlike the others though, this one is pure comedy. It documents the trials of Shirin, a bisexual Iranian-American woman going through the ravages of a break-up whilst being unable to tell her conservative parents.

This documentary shows the journey of Brazilian truck driver Fabiana as she winds down for retirement. Fabiana is a lesbian trans woman, but she’s not concerned in the least with activism. Instead, we get an extremely personal look into her nomadic life on the road, her wistful reminiscence of past hookups, and her relationship with her girlfriend Priscila.