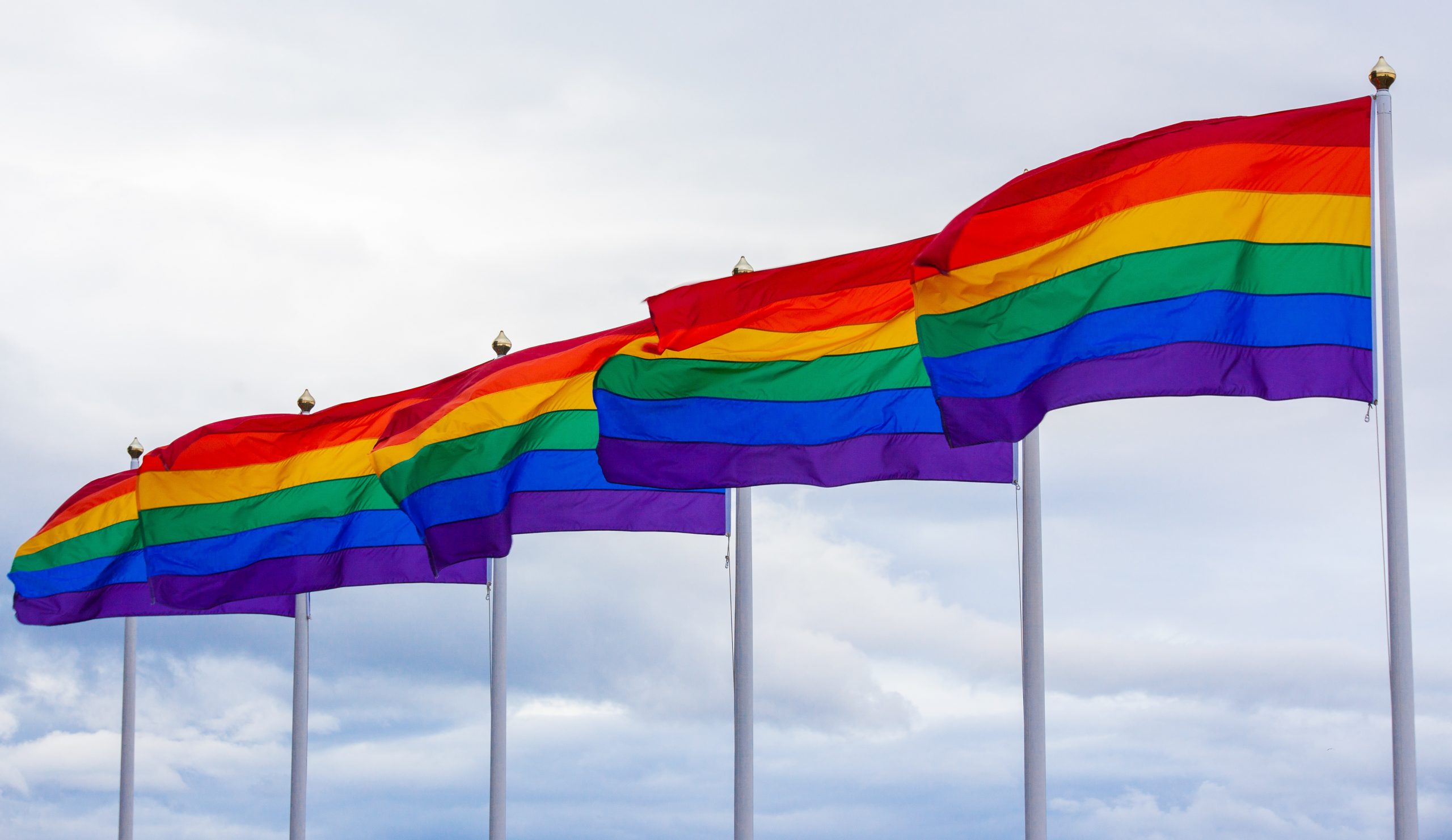 As a continental European, I first understood what it means to be proud when I spent my tenth year of school abroad in Scotland. The Scots are a proud people—proud of their beautiful country, proud of their age-old dislike of England, and yes, proud of their sexual diversity.

The entire school was overrun with queer kids: boys wearing makeup, lesbian couples, the flamboyant actor types (my group), you name it. It was considered really cool to be queer; in fact, you almost attracted suspicion when you weren’t. Scotland isn’t paradise on earth, but in that regard my experience came pretty close to it.

Back in Germany, my old classmates were amazed. First, they noted my weight loss, then “how nice I was all of a sudden.” Over time, it transpired that more had changed. I wore very colourful shirts and bowties, had my nails painted, constantly talked about sex, and started calling myself bi. One might say I had fully embraced my campness.

I was immensely proud of myself then, and while I was certainly a bit obnoxious, my pride hasn’t diminished. I was certainly aggressive about my self-identification, but, given the conservative backdrop, I had all the right, maybe the need to be. Pride is emancipatory; it’s a way to fight back when you’re at odds with expectations.

Insidiously, public discourse is too often centred around justifications for queerness. The “born this way” argument is as well-meaning as it is unnecessary: it doesn’t matter why I’m queer, queerness requires no justification. Equality shouldn’t be conditional on naturalism or sameness—it’s both a claim and a commitment that our society must uphold. Pride is pure self-affirmation, to assert and enforce our claim to treatment as equals.

Before I first kissed a man, I didn’t think I would like it. I had always flirted both ways, but seldom felt the wish to act on it. Some moments passed where I had just been too hesitant. When it finally happened, I was surprised how little the experience resembled my expectations. What was I supposed to feel? The answer had become irrelevant in light of the unique quality of my experience.

To be proud is to affirm our idiosyncrasy. This means to embrace labels in the positive and transcend them in the negative. Identifying as gay can be an act of empowerment because it provides you with a self-description to help you develop your sexuality. At the same time, it enforces some level of self-lucidity as one must constantly question the limitations of sexual categories. Labels aren’t facts, they’re lenses of self-understanding and tools of autonomy.

If you identify as queer, the world is set up so that you’re constantly forced to reconsider your identity. Our social, cultural, and symbolic background paints queerness as deviancy: from Disney movies to the institution of marriage to gym changing rooms—we live in a world of assumed heterosexuality which discourages straying from the norm.

Those who feel more comfortable with those norms are less likely to embrace their ambiguity. This falsely reinforces the illusion that categories are a priori artefacts and clear-cut. Pride—the honest exploration of who we are and want to be—opens us up to the world of grey areas and should prompt us to be more adventurous.

People who identify as straight need to be reminded to reimagine themselves. That’s why it’s amazing that gay culture is slowly breaking into the mainstream: with gay becoming cool, there is vast potential for more diversity. In my opinion, we could go even further. Let’s gayify the youth. If we all were to gay up a bit, we’d be a more thoughtful, self-aware society.

In a very mundane sense, good sex obviously requires that you know yourself. Maybe more than that, however, it requires sensitivity to your opposite’s perspective. If you’re a straight man, believe me, you never really appreciate what vulnerability feels like until you’ve made out with muscular, bearded, six foot five guy who could break you with his bare hands. Try it, your girlfriend will thank you for it.